The Calgary, Alberta-based psych-rock/dream-pop band, Crystal Eyes are now sharing their new single, "Like a Movie" which comes off the back of support for earlier releases from FLOOD Magazine, Brooklyn Vegan, Exclaim, CBC Radio and more. The new single is the latest to be lifted from the forthcoming second record, The Sweetness Restored which is set for release via the beloved Madrid label, Bobo Integral (Motorists, Ducks Ltd, Quivers) on April 22.

With the new single, the band once again harness saccharine psych-pop sounds and place these into a jangle-pop formula. Speaking about the track, singer Erin Jenkins says: "'Like a Movie" is three minutes of indie rock bliss in the artistic vein of Sharon Van Etten or Alvvays. The secret to its sound is a classic Hammond organ with Leslie speakers, a kick-ass guitar solo and the backing of a string quartet that calls to mind flashbacks of Neutral Milk Hotel. If love is 'like a movie', how will the ending be?" 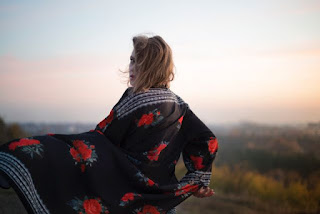 O-SHiN, the project of rising electronic producer Stefanie Martens, has shared new single ‘Visitor’. In the last 6 months, O-SHiN shared critically acclaimed singles ‘Holy Night’ and ‘Silence Is My Nature’, both of which called to mind the technicolour electronica of acts like Four Tet and Maribou State and garnered widespread support from the likes of BBC Radio 1, BBC Radio 6 Music and Clash Magazine.

In 2016, Stefanie was travelling from Rome to Amsterdam when she found herself onboard an aeroplane with a terrorist. The harrowing experience had a profound effect on the artist. “For the first time in my life, I experienced the fierce feeling of death being really close, not knowing if you’ll survive or if these are your last seconds on earth,” she says. “It was an intense experience and this song [Visitor] helped me cope with the emotions I was feeling at the time.”

Born in Germany after her parents returned home from the Soviet Union in the 1970s, O-SHiN found her voice through experimentation, and an inner journey that continues today. The name O-SHiN, meaning “time for a good cry” in Japanese, is symbolic of her relationship with existence. Moving from Germany to the Netherlands, spending a lot of time in Sweden and the States, she finally settled in Berlin, a fertile breeding ground for her artistic outlets.

O-SHiN’s long awaited debut album is complete and scheduled for release in Autumn 2022. With her new material, O-SHiN encapsulates many of the conflicting emotional and societal dilemmas that she has observed since she was a young girl. Issues like loss, acceptance and also appreciation for life have become particularly prominent following her experience on board the flight. ‘Visitor’ is out now via Galaxy Cat Records. 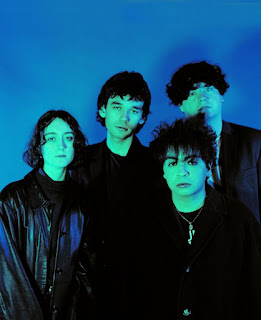 Avalyn - When We Were Nothing.

This week sees the release of AYALYN's  stunning new single "WHEN WE WERE NOTHING," an abstract look back at the highs and lows of naïve youth. Avalyn formed in late 2021 after long-time friends Andy Power (Guitar & Vocals) and Ben Croft (Lead Guitar) decided to start writing together due to them both being dissatisfied with their previous musical efforts. Soon joined by Cain Garcia (Drums) and Emily Turnbull (Bass & Vocals), the band appeared all over their local music scene in 2021, including playing their first gig supporting Junodream alongside Lime Garden at The Shipping Forecast in Liverpool, as well as going into Whitewood Recording Studio with Robert Whiteley to record their latest offering.

Influenced by the great punk powerhouses, Avalyn takes their cues from the likes of My Bloody Valentine, Slowdive & Lush. What emerges is the ferociously uplifting sound that can be heard on the group’s latest track; "When We Were Nothing," out now. Featuring mastering work from the Lead Singer & Guitarist of the seminal 90s Shoegazing band RIDE, Mark Gardener, the track melds brooding experimentalism, with an unshakeable punk sound. Thrashing guitars play under Power’s haunting vocals, as he sings about the euphoric uncertainty that comes with youth, and the always present, uncertain future.

“When We Were Nothing was the second song we ever wrote together as a band,” says Power. “Our guitarist Ben brought in the main riff and I could tell from the beginning it was going to be great, so I wrote a verse for it and then we wrote the lyrics together.  Everything really came to life once we brought it into the practice room with the addition of Cain’s drum part and Emily’s bass and vocal Recording with Rob Whiteley was a lot of fun as we felt like he was able to help give us the freedom to experiment with the sounds we wanted as well as being able to put all our ideas together into a cohesive mix. The mastering job from Mark Gardener was the final touch that has taken the song to another level and we’re excited to continue working with him going forward.” 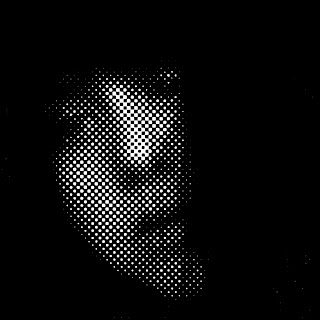 Violent Vickie is a Los Angeles based Dark Synth-Riot artist consisting of Vickie and co-producer/recording guitarist E.  Vickie has toured with Hanin Elias of Atari Teenage Riot and has shared the stage with Trans X, The Missing Persons,  Jessie Evans (The Vanishing),Them Are Us Too, Pastel Ghost and Aimon.

Her track "The Wolf“ was featured in a National Organization for Women film and she was interviewed for the documentary “GRRRL”, part of the museum exhibit “Alien She”.  Her LP "Monster Alley” was voted best album by KALX and her tracks have been remixed by 25+ artists.  Violent Vickie's Division LP was released in September 2020,  followed by a remix album of "Under The Gun" in February 2021 and a cover of Johnny Cash's Ring of Fire in July 2021.   Violent Vickie’s “Division” Remixes LP will be out in March 2022.