Artificial Countrysides has been praised by Stereogum, Under The Radar and BrooklynVegan, who said “It finds their unique psychedelic pop/indie rock fusion sounding as great as ever.” FLOOD Magazine proclaimed, “Elf Power are far from running out of ideas nearly 30 years into their time together as a psych-folk unit,” while MAGNET Magazine said, “The songs themselves are some of the catchiest and most structurally sound Rieger has written in quite some time.”

With Artificial Countrysides, singer and multi-instrumentalist Andrew Rieger and his Elf Power bandmates — drummer Peter Alvanos and guitarist Dave Wrathgabar, with contributions from keyboard player Laura Carter — have created some of the band’s most expansive musical terrain yet. Along with a blend of fuzz-tone electric and layered acoustic guitars, Moog keyboards and lively drums, the group experimented with the sounds of marimba, Mellotron, harpsichord, synth bass and distorted drum machine loops, taking a try-it-and-see approach to recording in the studio. Artificial Countrysides is Elf Power’s 14th album across their almost 30 year career.

East Nashville-based singer-songwriter Derek Hoke has announced that his new album Electric Mountain will be released on September 9 via 3Sirens Music Group, the first release from the Music City collective 3Sirens’ label arm. Hoke has also just shared his new single “Wild and Free,” a dreamy blend of acoustic guitar and synthesizers that arrives with a lively music video.

“‘Wild and Free’ is an acoustic song that I wanted to have build and build and build,” shares Hoke. “Originally it was about 10 minutes long and we edited the end off, as it just kept going which would be too much for some people. The idea was to start small with a chorus of voices. I think of it as driving through the desert as the sun’s coming up, as the idea.”

Hoke has spent the better part of the last two-plus decades making a home for himself in East Nashville, whether he’s hosting $2 Tuesday at iconic venue The Five Spot or spending a quiet night alone fiddling with Eurorack synthesizers. But his musical success has been hard-fought every step of the way. Raised in Florence, South Carolina, Hoke taught himself to play and write music by ear, mimicking the sounds he’d heard on records and through airwaves. Despite not having a musical family or a local community of players, Hoke found new influences – including '90s staples like Ben Folds, Wilco, and Drivin N Cryin – through his job at the town record shop. 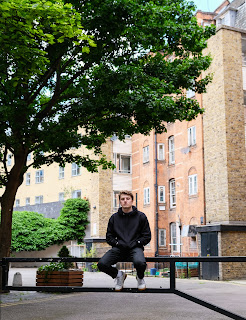 Marcus Man is a 23 year-old independent artist from Warrington (UK) who has just released the rather splendid song 'Aspirations' along with an engaging video. He tells us "I’ve been writing and performing music for several years now, and I’ve been releasing music for at least the last two. I started off performing in my local town, then moved on to Manchester & Liverpool, before finally moving to London. My biggest influences include Damien Rice, The Last Shadow Puppets, Amy Winehouse, Frank Turner to name a few. I particularly like music that has a lyrical focus and tend to write songs with that in mind."

Regarding the new single he continues, "‘Aspirations’ is about tackling the idea of whether or not someone’s aspirations or work ethic can affect their relationships.

While trying to be quite fun and light-hearted lyrically, I think the song is bittersweet at its core. The track was recorded at Matchbox Studios in Warrington & is part of an upcoming EP due to be released at the end of summer. Musically, it’s sort of like soft indie-rock, and I like to think it’s the perfect soundtrack to putting your feet up at the end of the day, doing nothing, & being content with being lazy!" 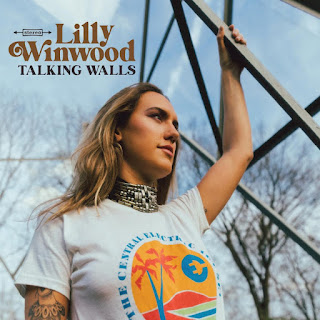 Leading up to the writing of her new album, Talking Walls, singer, songwriter, and guitarist Lilly Winwood had all but resigned herself from continuing her music career. Burned out after her last album cycle and in the midst of a pandemic, Winwood took a job to pay the bills—but she couldn’t stop writing. She knew she was on the cusp of something important. “I’d be working in a restaurant all day and then at night, come 3 a.m., I’d be pulling half-written songs out of my apron,” she recalls. “Then it all came together.”

When Winwood decided to get sober, the floodgates opened. Talking Walls captures that tumultuous period, with Winwood literally “talking to the walls” as she looked inward with new purpose. Penned over long sleepless nights, with clear eyes and a willingness to ask tough questions, each song takes a different tack into the introspective wind, backed by a minimalist-roots sound.

The now East Nashville-based artist (and daughter of Grammy-winning British rocker Steve Winwood) simply wrote her story and brought it to her band at Nashville’s Trace Horse studio—no producer needed. The new single “Brighter Days,” is a swaggering, pedal-steel laden track showcasing Lilly’s soulful voice and the simple, organic feel that the band landed on in the studio.