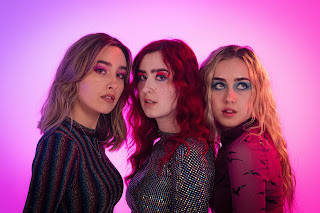 Abbey Toole muses, “Maybelle is a story of a woman with a wild mind and imagination. She travels town to town, sharing stories of her adventures. Over time, the news spreads and she becomes the legend of Maybelle. “I wanted to write a song that would draw audiences to dance and get excited! I wrote it while stomping my feet around the house and clapping to the beat.

“This one was especially fun to record as we got everyone involved in the recording in a big room to stomp, clap and chant. Maybelle is fun and energetic, our favourite song to play live. We can’t wait for everyone to finally hear it!”

The band has had a busy year so far having toured their high-energy live show through USA and UK. Today they are very pleased to announce a handful of Australian dates across Victoria, New South Wales, Queensland and Western Australia. 'Maybelle' is the next installment from the band’s new EP following previously released singles 'Florence’s Town', 'Someone To Hold' and 'The Rain'.

Little Quirks’ 2018 single Crumbled has been a runaway favourite on Spotify with over 4 million streams and they have amassed a loyal following for their powerful and distinctive DIY videos on YouTube, including an impressive version of ABBA’s 'SOS'. 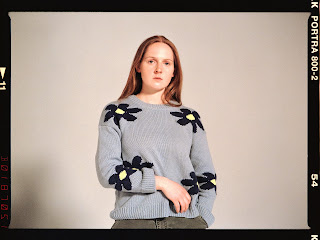 Charlie Houston - Dinosaurs In The Garden.

The 22-year-old singer-songwriter, Charlie Houston is following her Spotify USA Viral 50 track, "Wide Awake", which she recorded with the Grammy-nominated electronic duo, ODESZA with her new single, "Dinosaurs In The Garden" – out now via Arts & Crafts.

Speaking about the new single which finds Charlie tapping into a more grunge-pop sound, she says: "'Dinosaurs In The Garden' is about the fear of getting your heart broken while in a relationship. While you have no reason to suspect it’s going to happen, there is always looming anxiety about the fact that you’ve allowed yourself to fall for someone and now can’t control whether it works out or not.”

Houston, whose “contemporary R&B-inflected pop straightforwardly addresses the meaningful mundanities of Gen Z life” (Bandcamp) is following her 2021 genre-bending debut five-song EP, I Hate Spring which received praise from Zane Lowe, Rolling Stone, and SPIN, while landing a Spotify Times Square Billboard. As she prepares the release of her second EP, due out later this year, she will be joining ODESZA on their mammoth stadium tour which commences tomorrow, as well as concluding her cross-Canada support tour with JUNO Award 2022 Artist Of The Year, Charlotte Cardin.

Charlie Houston · Dinosaurs In The Garden 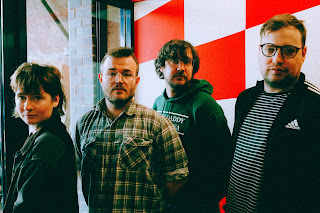 London punks Fresh have shared a brand new video for 'Why Do I', the closing track of their new album 'Raise Hell'. The track resolves the record with our protagonist breaking free of a toxic relationship, joyously riding into the sunset singing doo-wops. It’s the first time on the album that the inner conflict settles, and contentment takes precedence.

Talking about the new video, lead singer and principal songwriter Kathryn Woods said “After getting back from an intense UK tour, we thought it'd be nice to have a fun day out at the beach on the bands dime. A seagull stole one of our doughnuts, and another one pooped on Dan. They may have been the same seagull, we will never know.”

On the track itself, she expands; “Sadness and self-doubt are acknowledged and present on ‘Why Do I’, but they don’t hold power over you anymore. There’s power in starting from scratch. Think Nicole Kidman signing divorce papers in 2001-vibes. There’s a real catharsis and joyous presence to this song, upbeat do-woop vocals, guitar riffs with a touch of delay and soaring lead vocals make it a great note to end the record on."