Cari Cari have announced that their new album Welcome To Kookoo Island due out September 16th, 2022 via Perla Nera Records. Recorded at their studio, located in an Austrian national park in 2020 and 2021, the band’s second album is a slice of psychedelic escapism.

Now Cari Cari share the newest, and last single before album release. ‘Last Days On Earth’. The new single is Cari Cari’s idea of what a 00s indie anthem would sound like if it were produced by Daft Punk or Justice. “The song started as a jam we would play while sound checking at summer festivals like Sziget and Primavera Sound a few years back,” explains Koeck, the energy of said festivals is palpable when listening to the recording.

Cari Cari is Stephanie Widmer (vocals, drums & didgeridoo) and Alexander Koeck (vocals, guitars). Since their inception, Cari Cari have been tirelessly working to create their own world, carefully crafting everything from their music to their artwork, videos to set design in-house. This meticulous attention to detail has earned the band a loyal following; Rolling Stone Magazine called them ‘the biggest discovery of Primavera Sound Festival’, their die-hard fans sold out 1000+ capacity rooms across Europe and their debut album was praised by the likes of KCRW, Rolling Stone and many more.

However, for the band, all roads have led them to Kookoo Island. The product of years of world-building, Welcome To Kookoo Island, was born from a desire to retreat from modern-day life completely. “Kookoo Island is our libertatia, the utopia of what we think the world should be like,” explains Widmer. “It seems to be cuckoo to dream of such a place right now, but dreaming of what we want the world to be like is the first step towards making it a reality,” she continues.

For their version of Utopia, the pair took inspiration from a plethora of cultural touchstones, ranging from Wes Anderson’s Moonrise Kingdom to Hermann Hesse’s novel Steppenwolf, the 17th century pirate colony ‘Liberatia’ to the volcanic landscape of the Canary Islands. On Kookoo Island there are no jobs or responsibilities, just long sunsets, winding rivers and child-like exploration. 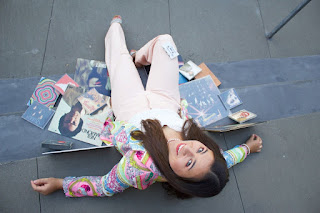 The music video for Gabrielle Metz's latest single, "Mixtape," is just as fun and full of variety as the song itself. The video opens with Metz in her car, turning the radio up like we're listening to her track on the radio. Cuts of her having fun in Nashville are interspersed with shots of her playing the guitar and singing along. Metz's light parkour and other tricks throughout the video add playfulness and fun to the whole endeavor.

Metz's dog makes a guest appearance near the end of the video, leaving viewers with a warm, fuzzy, memorable feeling. Who doesn't love a good dog cameo in a music video? Overall, this video is a beautiful accompaniment to such a fun song.

Gabrielle Metz is a name that is climbing in the country music scene. Born in Fort Payne, Alabama, home to the Country Music Group, Alabama. The charming 21 year old grew up in the small, southern city of Gadsden, Alabama. “Sweet Home Alabama” embodies this ‘girl next door’ perfectly.

Gabrielle’s hard work and determination proves to be paying off. She has accrued many accolades since moving to Nashville: “Hear My Heart” was named to EJAZZ Radio’s top 20. “Thin Ice” was named to Ignition Radio’s Top 20. Gabrielle has been nominated for Alabama Music Awards Best Female Country Artist in 2018, 2019, 2020 and 2021. She was also nominated for Alabama Music Awards Best New Artist in 2018 and 2019, as well as being named to Country Sway’s 2021 Artist to Watch list. She regularly performs at some of Nashville’s staple venues such as The Listening Room, Live Oak Nashville, Tin Roof, Cabana Taps, and Alley Taps. 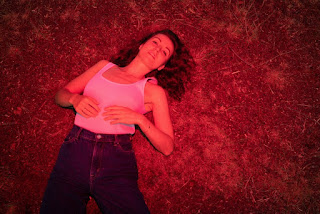 Someone - In Your Arms.

Someone is the moniker for Dutch/British composer, producer, and visual artist Tessa Rose Jackson. Through her art and music, she tells science-fiction inspired stories combined with stunning, cinematic music videos in collaboration with Hollywood’s rising star director David Spearing.

Following its premiere by Cerys Matthews, BBC 6 Music, Someone shares new single ‘In Your Arms’, the third to be taken from her forthcoming second album ‘Owls'. It describes love and joy in a burning world wrapped in the beguiling song writing craft of Feist and the expansive electronics of Air, whilst musically hitting an emotional, synth-fuelled high reminiscent of festival bombshells such as MGMT’s ‘Kids’ and Tame Impala’s ‘Let It Happen’.

The accompanying ‘In Your Arms’ visual, created by the LA Film Award winning duo Someone and David Spearing, is a bittersweet sci-fi vignette which evokes the mysticism and atmospheric pull of Chernobyl’s wasteland. It follows two young girls as they emerge from their subterranean bunkers for a day of adventure in what  Someone describes as “A post-apocalyptic world, where the air is toxic and terrifying six-legged creatures prowl the land.” As Someone expands “What follows is a day filled with fun and play, because no matter what the world may throw at them, kids will always find a way to just simply… be kids. It’s a celebration of the power of joyfulness and love against all odds”.

‘In Your Arms’ is the third single taken from forthcoming new album ‘Owls' following ‘Suddenly’ which dropped ahead of Someone's performance at this year’s The Great Escape and ‘Song for Slowdancing’ with its Lynchian visual. Collectively they offer up the dreamy psych-pop of Someone’s debut ‘Shapeshifter' (2021) but with a more expansive, genre spanning sound that moves from melancholic and earthy through to electronic and brooding. It hints at Someone’s love of French duo Air, with an influence also in the 90s and 00s trip-hop of Zero 7, Massive Attack and Portishead, whilst also sitting alongside the beautiful fragility and song-writing craft(wo)manship of contemporaries such as Feist and Sharon Van Etten. 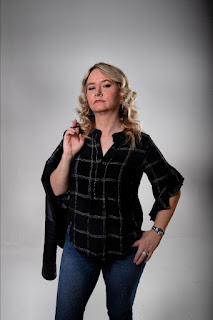 Brenda Cay - This Ain't That.

Brenda Cay’s new music video release, "This Ain't That," brings to the audience the perfect romantic energy, with sweet visuals and the song's contagious atmosphere.

The music video for Brenda Cay’s latest single, “This Ain’t That,” provides a great visualization of the song’s lyrics while also showing Cay and the band performing the track. Viewers see a couple having coffee together and holding hands, representing the new, long-lasting romance. This video makes you feel nostalgic for that one special romance you experienced in your life when everything felt new and exciting. “This Ain’t That” by Brenda Cay will take listeners through another journey of present love that feels almost too good to be real.

Brenda’s fans are loving the energy she put into her new EP which released in April 2022. “Love or Dreams” has already reached 1.5 million streams. That followed her successful “Fragile Like a Bomb” EP, which earned twelve licensing deals, had two songs featured on Apple Hot Tracks (Country), and has amassed over 2.4 million streams.

She writes songs that can get your feet moving (1-2-3 Floor), bring a tear to your eyes (I Fish), or express that unmistakable feeling of love (This Ain’t That.) Several of Brenda’s songs have been featured on prominent playlists including the Academy of Country Music’s ACM: New Music Friday playlist.

It’s her ability to write songs with which listeners can connect that caught the attention of Heart Songs Music Group, and they signed her in 2020. Brenda has been featured in Broadway World, Music Crowns, Medium, Cowgirl Magazine, Guitar Girl Magazine, and many others.