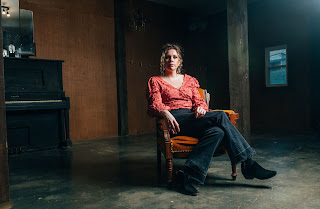 As a teenager, Nicole's dad snuck her into a club in her hometown of Charlotte, NC to see Derek Trucks, and that show changed her life. That very night, she became a member of the band's Street Team.

Then, she took over the street team's operations, and then interned with the band's manager after graduating with a vocal and music business degree.

After the internship ended, Nicole became his assistant and learned the ins and outs of the music business. After a decade in the music business on the management and booking sides, the classically trained singer has finally moved into the spotlight. 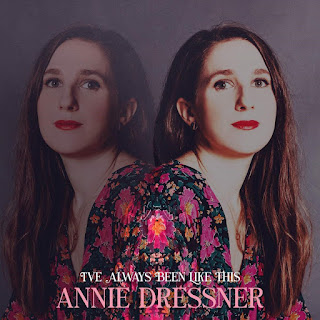 Since moving from her hometown of New York City to the UK eleven years ago, singer-songwriter Annie Dressner has garnered rave reviews for her recordings and live performances. Having released three full length albums, Dressner has gone from strength to strength. Her straightforward lyrical style, sharp ear for wordplay, and crisp, lilting vocals offer listeners a front row seat to her stories. Her music has drawn comparisons to an up-tempo Mazzy Star, an understated Jenny Lewis, as well as Soccer Mommy and Phoebe Bridgers.

Dressner’s latest album, a collaboration with David Ford, titled 48 Hours, reached #23 on The Official Folk Albums Chart compiled by the Official Charts Company in partnership with English Folk Expo, and was released in July 2022.

Dressner's songs have received considerable airplay on Radio 2 and 6 Music (Gideon Coe, Tom Robinson, Steve Lamacq, Tom Ravenscroft), as well as Radio 1 via her co-write of "The Nowhere Team" with Saturday Night Gym Club. Her latest solo album Coffee At The Corner Bar includes a Magnetic Fields cover and a co-write with Nada Surf's Matthew Caws (her first official work with Caws prior to "I've Always Been Like This").

Annie has performed at the Green Man Festival, Secret Garden Party, Cambridge Folk Festival, Cluny2, Green Note, Norwich Arts Centre, Cambridge Junction, Night & Day among countless other venues and has shared stages with Echobelly, Emily Barker, Simone Felice, The East Pointers, Lucy Wainwright Roche & Fossil Collective, as well as a co-headline tour with Polly Paulusma in February 2020 and David Ford in 2022. Three of her songs are featured in Crucible Films' Drive Me To The End (2020) directed by Richard Summers-Calvert. 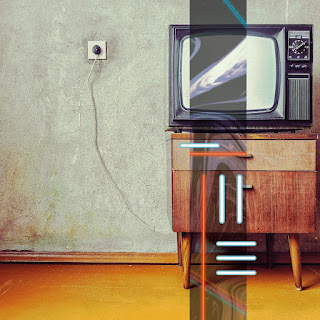 West Wales Alt-Country Maverick 'Colenso Jones' emerges from the shadows with the exceptional debut single ‘Biscuit Tin’. Hailing from Pontypridd, South Wales and a stalwart of the Cymru-Cana movement Colenso offers a very strong debut which is an intriguingly refreshing blend of Alt-Country, Americana and Folk. ‘Biscuit Tin’ will be released independently today 2nd of September.

Colenso has performed headline shows in Europe, the U.S and across the U.K with BBC introducing favorites Climbing Trees. The Pontypridd musician has released 5 albums and 10 singles through various projects since 2012, with his tracks also being used on Sky, BBC, ITV as well as others.

As well as many festival appearances, including Greenman Festival, Colenso has also performed and recorded at Maida Vale Studios and Abbey Road. His first solo album is due for release early 2023. The album will be a fusion of folk, country, indie and electronica.

Colenso Added this about the release: ‘"After being in bands and side projects for the last 10 years it’s a great opportunity for me to do something purely on my own and use the experiences I’ve had to create a record that is personal to me."

“I’ve always enjoyed creating music. After picking up the guitar at 10 and learning songs that others have written you get to a point where you know enough chords to write something completely new and I’ve always loved that feeling. I’ve carried that feeling through my life and it’s taken me to some great places, Maida Vale, Abbey Road and New York are just a few of the places music has given me the opportunity to visit so I think I’ll keep going and see where I end up next.” 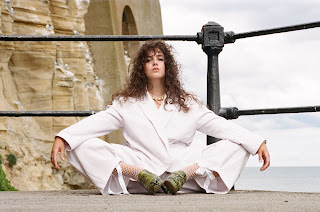 Newcastle artist Ruth Lyon has just released her new single "Trouble", teasing a new chapter for the project following her recent appearance at SXSW 2022 and the release of her 2021 debut EP 'Nothing's Perfect'.

Known for her work as a key and active member of the Newcastle music scene, notably her role on the board of directors at Sage Gateshead, and vocalist and co-founder of Newcastle cult folk-rockers Holy Moly & The Crackers, Ruth Lyon is also an ardent advocate for the Disabled community through her work as an ambassador for Attitude Is Everything - a charity that aims to improve accessibility for Deaf and Disabled people in live music; Lyon herself has been a wheelchair user since the age of 21.

Influenced by acts such as Fiona Apple, Aldous Harding and Regina Spektor, on new single "Trouble" and her soon-to-be-released new material, Lyon explores themes of self-doubt, insecurity, emotional masochism, and the weight of arbitrary expectations - all unravelling through offbeat, sophisticated chamber pop and anti-folk, commanded by her soulful vocals and witty yet raw lyricism.

Produced by John Parish (PJ Harvey, Aldous Harding), new single "Trouble" opens with the line “I woke up wondering when I’m going to die.” It’s a track that captures the essence of anxiety, of the expectations heaped upon us at every turn; yet at the same time, it celebrates unknowingness and wildness.

Speaking more on the lyrical inspiration behind new single "Trouble", Ruth said: “This is a reaction against this idea of perfection that society has us believe is the goal, when actually it’s a short cut to death. I’ve never been able to tread the path of least resistance, but nor would I want to. I am hard work, I am difficult, I don’t want to be boxed up with a neat little bow with my labels printed on it. I am trouble and I love it.” 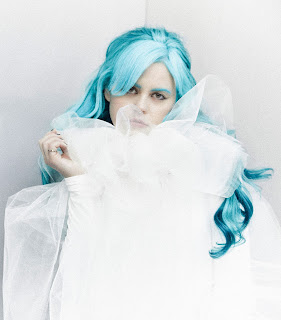 On “Cry, Baby, Cry”, the London-based alt-pop singer-songwriter encourages her younger self to embrace her emotions, as she sings, “don’t you drown inside your messed up mind is not so strange, you don’t need to explain, I know what it’s like, don’t dry your eyes, cry, baby, cry.” While originally a sentiment to her early teen self, Elliot hopes to help others feel a sense of community with the new track and remove the feelings of shame and embarrassment surrounding mental health.

On the new release, she shares, “I wrote this song as a letter to my 14 year old self. It’s something she desperately needed to hear, and to this day I still need to be reminded. Nobody should be ashamed of the way their mind works, to have emotions, to express them openly. Growing up, we're always told “don’t cry” and to “hush”, but often this leads to emotions emerging in more harmful, destructive ways! So I wrote this as a kind of anti-lullaby, for everyone and for me, to remind us to not suffer in silence.”

Elliot’s upcoming EP Bored of the Circus will feature singles “Butterfly Pen,” and “‘Til I Die.” The latter was praised by the Sunday Times, saying the song “recall[s] Kate Bush,Tori Amos, Aqualung and Billie Eilish with lyrics that channel her issues around mental health with candor and courage.”

Bored of the Circus is now available for pre-order, including a limited edition 10’’ vinyl. The five tracks on the upcoming EP possess an out-of-time quality that’s heightened by the contrast between her quivering lead vocal and the hovering choirs behind it. While one might wonder if those choirs are the result of diligent crate-digging, every voice in them is sung by Elliot and arranged by her alongside her chief collaborator half rhymes.

An open book with her fans, the Switzerland-born artist was diagnosed with borderline personality disorder and anxiety. She explores and speaks openly about her battle through her music and her social pages have become a safe haven and space of community for fans. Her bruising honesty and dedication to the craft of songwriting have already made her beloved by fans around the world, and she’s already been called “a future star” by BBC6 music maven Chris Hawkins.