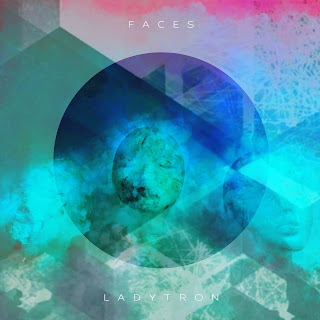 “Faces” follows the first two singles from Time’s Arrow, “City of Angels” and “Misery Remember Me.” Both garnered media praise upon their releases, with “City of Angels'' and its accompanying music video being described by Flood as a “dynamic electronic track with rich, industrial textures and utopian, shoegaze melodies,” while Brooklyn Vegan praised the sound of “Misery Remember Me” as “an ethereal dream pop song, drifting into Cocteau Twins territory.”

“Faces” also follows Ladytron’s announcement of West Coast U.S. tour dates in Spring 2023, where the band will take the stage in Seattle, Portland, and San Francisco in support of their forthcoming LP, ‘Time’s Arrow’. These will follow a run of previously-announced UK dates in March 2023 in Glasgow, Liverpool, and London. 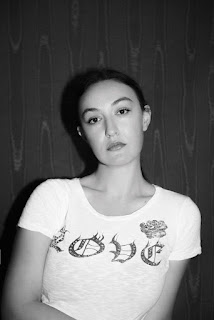 The title track, "Selfish", kicks in with echoey, haunting piano and synths trailing a diary style confession which reveals a main plotline of Zoe Sky Jordan’s new album.  Penned during the pandemic, which saw Zoe and her husband move in with her parents for seven months, the album is reflective, introspective, investigative and dissective. In the same way that many of us gained perspective once we were forced to sit still, Zoe’s voyage home, after years out on her own living in Toronto and Nashville, gave her fresh eyes and ears to embrace a new frame of mind.

Daughter of acclaimed artist / songwriter / producer power couple Amy Sky and Marc Jordan, Zoe watched first-hand the differences afforded a successful man vs a successful woman in the music industry.  The harsh judgements cast upon her ‘not so stay at home’ mother, impacted the at the time very young Zoe.  She brings those feelings to the surface in many of the 13 tracks that comprise the full Selfish album, set for release in Spring 2023.  Acknowledgement, forgiveness, understanding and self-acceptance are the themes that abound.  This is an album that takes you through all of the emotions and plunks you at the doorstep labelled ‘Be at peace with yourself’.

Musically this album is reminiscent of Soccer Mommy, Snail Mail and Ethan Gruska. The first two singles released off the upcoming album, “Just Fine” and “Achievement of Youth”, were produced by Liam Russell, and mixed by Rob Shnapf (Kurt Vile, Elliot Smith). Stepping into a bolder and more brazen persona, "Just Fine" is a jammy and angsty track complete with sloshy guitar, bouncing drums and hypnotic, soaring vocals that proclaims “I always live up to the hype, never crack under pressure”. Zoe shares with us that the inspiration for "Achievement Of Youth" came from some very powerful words spoken by actress/writer Carrie Fisher: “Youth and beauty are not accomplishments.  They’re the temporary happy by-products of time and / or DNA.  Don’t’ hold your breath for either”.  As the years go by, you get a better understanding of who you are as an individual and you’re happy with just being you.