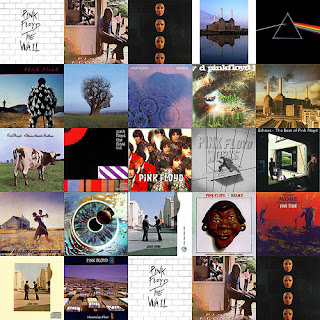 There is plenty of Pink Floyd material around from this era, including studio out takes.

I plan to feature a couple of live concerts from the seventies in due course, however decided to start with these out takes for one specific reason.

The quality is really good, all mp3's are at 320kbps, and the journey from the original masters is a limited one, retaining much of the initial quality.

I am personally fascinated by the first track 'On The Run' and where this piece of music may have originally gone, alas - as with all musical history from bands like Pink Floyd there remain so many 'what ifs'.