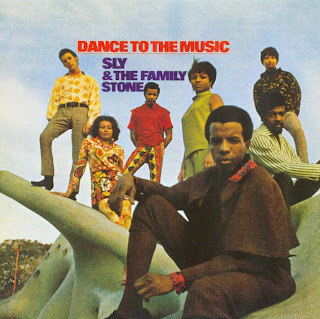 Reloaded 10/May/2015 - This is Sly and The Family Stone The band formed in 1966, and by the time of these concerts in 1968, were highly regarded following their ground breaking hit 'Dance To The Music'.

Active from 1966 to 1983, the band was pivotal in the development of soul, funk, and psychedelic music, they attracted a multi national following from Soul fans to Rock fans.

Headed by Sly Stone, and containing several of his family members and friends, the band was the first major American rock (soul, funk, psychedelic...) band to have an integrated lineup in both race and gender.

Oh, and the hair kinda grew longer and wider and taller after the release of 'dance to the music'.

This then is Sly and The family Stone, still in the ascendancy, on the 5th October 1968, at the Fillmore East in New York City. The recordings are of both Early and Late show.

Both shows are mixed stereo soundboard at 256kbps, and excellent quality for 1968.

Anonymous said…
Great sound...could have released commercially as a live album, though there is a certain sameness to the songs on the set list. But what a joyous, fresh sound. Hard to belive it was recorded 40 years ago. Even though Sly released records through 1983, what we think of as Sly and the Family Stone was pretty much done by 1974 or so.
27 April 2008 at 00:42