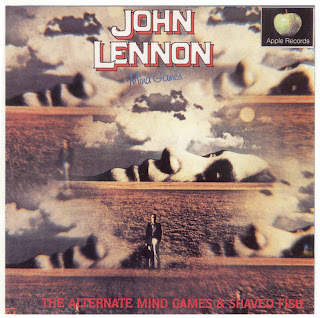 Reloaded 01/June/2015 - When I was much, much younger, I remember being asked on a number of occasions, who my favourite Beatle was? The years pass by and I guess the same question goes around with the latest charting boy bands today, probably the age group asking is much younger and the lifespan of the bands are possibly shorter. The reality was I never had a favourite, I just wished they had stayed together longer, there had to be a couple of more exceptional albums in them at least, surely? However my opinion is that John Lennon bared his soul and his grievances far more than any other member and that lead to some stunning solo material. Hearing again how they were formed into songs remains fascinating for me, by the number of visits this recording gets on Beehive Candy, I am clearly not alone.

As you probably know, The Beatles and their component parts, are probably the most bootlegged band in the world.

One constant theme seems to be 'alternative' album versions and this is no exception.

There are in circulation, alternative versions of John Lennon's 'Mind Games' and 'Shaved Fish' this copy is an amalgamation of some of the first and most of the second.

This version originates from Auckland, New Zealand, of all places, on 'Apple Ghost' Records, and appeared as a bootleg CD back in 1991.

It is a real mixture of songs in development and from different mixes and sources.

Track listing is as follows:

TarBabyJim said…
Wow, I didn't know there was a bootleg of this live recording of "Peace will come". I have a video of this but never knew there was an album.

Please help get Melanie into the rock hall. Please check out my site. LetHerIn dot org

promotional flyers said…
Thanks for the download i love to hear different versions of
8 April 2010 at 16:08