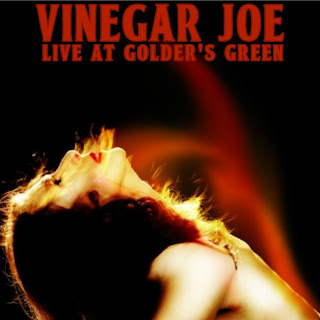 Vinegar Joe were a British rock band who formed in late 1970, and who were best known for their live shows.

This is the band performing live for the BBC Radio in concert series and was the second to last of the 1973 recordings (do not have precise date), and performed at Golders Green, London.

Comments: From All music "Vinegar Joe might very easily have been Island Records' answer to the Allman Bros. or Wet Willie. A sextet formed out of a busted big-band rock outfit called Dada, they were brought together at the suggestion of Island founder Chris Blackwell. Elkie Brooks (vocals), Robert Palmer (vocals, guitar), Pete Gage (guitars, piano), and Steve York (bass, harmonica), were at the core of the group, with Tim Hinkley and then Mike Deacon on keyboards, and Conrad Isadore and Keef Hartley, and then John Woods and Pete Gavin on drums--the band cut three albums for between 1971 and 1973. Their live shows were well reviewed and attracted significant audiences in England, but this was never reflected in their record sales. They split up in 1973, with Robert Palmer becoming an international star as a pop-rock blue-eyed soul singer and Elkie Brooks a success as an MOR singer with Pete Gage as her arranger".

This concert is an excellent 'taster' of the superb albeit short lived band.