With the third April edition of 2010FM we start with a band to watch out for this year, namely Elogy. The California based band are set to release its debut album 'One' on July 6th, 2010. With sweeping melodies, well thought out synth lines, and driving vocals, Elogy has recorded an album that is distinctly new, but that still evokes contemporaries like Coldplay, Muse, or Thirty Seconds To Mars.

Based in Orange County, California, the members of Elogy came together four years ago under the leadership of Derek Cannavo. Transforming an old warehouse space into a fully functional, state of the art studio, Elogy began to develop their sound and their organization from scratch. Using their classical training as a foundation, the band quickly amassed a large catalogue of songs, and as they brought their music to a live setting, their sound began to evolve as well.The featured track certainy evokes thoughts of Coldplay in terms of vocals however the musical style is different and collectivily its grabbed my attention. 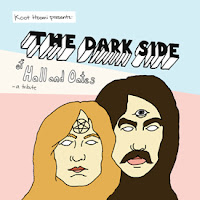 I received a few emails regarding Koot Hoomi and an album based on the songs of Hall and Oates. Well I have to say the first song I listened to did'nt really do anything for me and to be honest I thought it was a quirky idea that just did not work. Well full respect to Kelly Anne who kept on plugging away and I gave them a second listen and realised I should have listened to more of the material, as humbly I have to say I think this is a really exciting and different approach to covering another bands work, and most definately worth checking out even if you are not particularly a fan of Hall and Oates.

The Dark Side of Hall and Oates is a tribute album like no other. Some have described it as something akin to Ravi Shankar meets Sufjan Stevens meets Francis Ford Coppola’s Apocalypse Now. Rather than simply covering the songs an artist collective named 'Koot Hoomi' have re-imagined a sampling of Hall and Oates’ catalog as it might exist in an alternate universe, replete with off-kilter harmonies, psychedelic swirls, minor-key digressions, and the occasional spot of Tuvan throat-singing. The project was largely recorded in living rooms and basements, using cheap instruments and an old-school Tascam 488 analog tape recorder, giving it a fascinating, low-fi allure.They cover some of the hits along with b-sides and more, and have come up with something quite unique (in a good way). 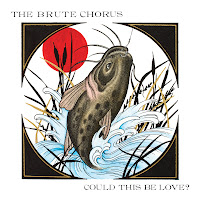 Another band who may well gain more attention this year is The Brute Chorus. Recorded under freezing conditions in a remote village hall in the Lake District this past January, ‘Could This Be Love?’ is the first single to be released from their second album, How The Caged Bird Sings. Hot on the heels of The Brute Chorus’s live and self-titled debut released in October of 2009, How The Caged Bird Sings is set for an August 2010 release date on London indie label TAPE.

Their promo say's 'An imposing slab of beat poetry set to a galloping rockabilly rumble, the song is related from the point of view of a man who, in his mind, is on his way to meet his girlfriend as his body races through the night in an ambulance and his spirit is called to the light. The seeds of the song were sewn during a dawn trip to the A&E department of Lewisham hospital after drummer Matt Day was assaulted on the way home from a party. Months later the words were set to music and quickly became a live favorite among fans of the band who attended their shows last year'. Well it certainly does have an edgy rockabilly feel to it, and if the album has the same energy and distinct nature then I for one will be checking them out some more.

Talking to Walls latest album We Were Not So Tall is now available. In the wake of praise that followed their debut Naked, the band faced with the daunting task of recording a second record, looked to producer Greg Giorgio (Interpol, The National, Mates of State and Tokyo Police Club) to stake out some new territory. The result? Twelve rock and roll stories, filled to the brim with guitar soundscapes and tight harmonies.

From regional festival appearances like Connecticut’s Film Festival and New York’s MEANY to providing local tour support for artists like Soul Asylum and Zox, Talking to Walls has a strong history of relentless live performances. With help from their music and energy, the group eventually gained the unsolicited attention of MTV producers, resulting in placements in various network shows. Along with their collaboration with Giorgio, the group also worked with members of various bands including Zox, The Alternative Routes, and Stephen Kellogg & The Sixers, with the result being the 2010 release We Were Not So Tall. With styles ranging from the Smashing Pumpkins-meets-Buffalo Tom of "Walkaway” to the prog-inflected slam of "Came to You”, the album has already gained much recognition, such as the title track being featured on the national NBC ad for the Michael Phelps Foundation/Boys and Girls Club of America.

Growing up on the outskirts of a small farming community in Southern Minnesota, Brad Senne spent the majority of his youth immersed in hardcore and punk rock. He went on to play in a multitude of bands eventually gaining notoriety for his hardcore band Picturesque in the late 1990's after signing with Trustkill Records.

He decided to branch out, and with more freedom as a songwriter he started playing his own brand of solo acoustic folk rock. His expanding vocabulary drew upon the musical influences of his heroes Bob Dylan, Elliott Smith, Iron and Wine, Wilco, and Muddy Waters. Senne's blend of hypnotic, breathy indie pop showcases his stripped-down compositions. In 2009 Mike Boeser of Grain Belt Records signed Senne and re-released the 2009 album Aerial Views on April 6th and is available for purchase.

The album received raved reviews and was voted a top 10 album of the year by The Onion - A.V. Club in the Twin Cities. Aerial Views has two new songs and has been re-mixed with added instrumentation by Ben Durrant of Crazy Beast Studios (Andrew Bird, Roma di Luna). Brad Senne plays almost all instruments on this album including guitar, bass, piano and keyboards, resulting in 11 songs that range from simple finger-picking guitar ballads to lush instrumental arrangements. 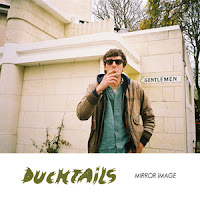 The new single "Mirror Image" was premiered on Pitchfork recently, and appears as the A-side of the new record b/w "Apple Walk". It's a catchy piece that I am pleased to say we have the OK to feature here on Beehive Candy. Both Real Estate and Ducktails are new to me, this paticular instrumental by Ducktails has certainly wetted my appetite for more.

Denton's electronic two-piece Florene is set to release their debut record on Waaga June 8th with a national tour to support.

Aaron and Gavin met while working at a camera shop in North Texas. Aaron had recently been in an epic pop group of large membership that had seen its demise with diverging musical opinions and member relocations. Gavin had been making solo electronic music under his own name and the two of them quickly realized they had similar musical interests and abilities so they got a rehearsal space at rubber gloves in Denton, bought some drum machines/synths/samplers, and started making their own brand of music.

After befriending and getting the approval of some phenomenal local musicians such as Sleep Whale (mom), Matthew & The Arrogant Sea, and Bryce Isbell (FUR), the two continued to play live and self-release their own music. Since the beginning, Florene now has 6 self-releases including singles, EPs, splits, and live recordings, not to mention being a part of many local, national, and international compilations or mixtapes. After embarking on a ten day midwest tour, they are now preparing for a west coast tour of the same length, working on a remix for Merok Records’ Comanechi, and brainstorming for a cassette tape release to be put out by the Copenhagen based label Skrot Up.

With first week album sales (last week) totaling 22,689, Sharon Jones and The Dap Kings’ debut at Number 15 on The Billboard Top 200 marks the group’s highest chart position to date.
Daptone Records, who released Jones 'I Learned The Hard Way' two week ago, was the only independent label in the Top 20 last week. 'I Learned The Hard Way' also notched the number ten position on the digital charts and ranked number six on the R&B chart.
Their album also titled 'I Learned The Hard Way' was produced by Bosco Mann and recorded on an Ampex eight-track tape machine by Gabriel Roth in Daptone Records’ House of Soul studios. Often promotinal pieces tend to go a little over the top however I am more than happy to cut and paste this one as I reckon it is on the mark. This record drips with a warmth and spontaneity rarely found since the golden days of Muscle Shoals and Stax. Sharon’s raw power, rhythmic swagger, moaning soulfulness, and melodic command set her firmly alongside Tina Turner, James Brown, Mavis Staples, and Aretha as a fixture in the canon of soul music. From the lush Philly-Soul fanfare that ushers in “The Game Gets Old” at the top of the record, to the stripped down Sam Cooke-style “Mama Don’t Like My Man” at the tail, the Dap-Kings dance seamlessly through both the most crafted and simple arrangements with subtlety and discipline. I Learned The Hard Way is the “Daptone Sound” at its finest'.

Wartime Blues, described fittingly as "new roots hybrid" by The Tripwire, is an eight-piece folk rock outfit out of the western mountain town of Missoula, Montana.

Led by guitarist/vocalist Nate Hegyi, the band includes Ben Prez (mandolin/backup vocals), Sam Luikens (banjo/backup vocals), Lisena Brown (keys), Bethany Joyce (cello/violin), Jesse Netzloff (electric guitar), Tyler Knapp (bass) and Martin McCain (percussion). Falling comfortably between Wolf Parade and the Hold Steady, Wartime Blues has garnered acclaim throughout the Rocky Mountain West since 2007 and has shared the stage with the likes of Bill Callahan among others. The band will release their debut album, Doves & Drums, later this year. This is the only song I have heard from the band and is its a great one to finish of what I hope you will agree is a diverse selection of songs and artists.