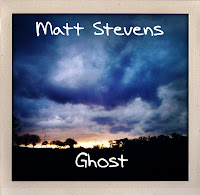 According to his website Matt Stevens is a musician and composer from North London. An instrumental artist, he uses an acoustic guitar and a sampler to create multi layered tracks live. This is often called Live Looping. His music is compared with artists as diverse as John Mclaughlin, Johnny Marr and Sigur Ros. He plays live all over the UK from festivals to house concerts.

His new album Ghost released today (June 1st) arrived in my inbox last Friday and has been playing on and off all weekend. This guy is really talented and the instrumental acoustic music takes you in many different directions and styles. Please check Matt Stevens out, it's a great shame that so many radio stations seem to shy away from 'instrumental' music as talented and creative work like this can go un-noticed, but not if Beehive Candy can help it! You can download 'Ghost' and more from Matt Stevens website below.

Music marketing company Musebox celebrate their forth annivesary in Brooklyn, New York, tommorrow (June 2nd) at Glasslands and one of the bands on the bill are Soundpool.

Soundpool are the disco-shoegazer NYC ensemble that fuses ethereal vocals, spacey lush synths, a wall of guitars sounds with funky bass lines, disco beats and psychedelic visuals. Their current record 'Mirrors In Your Eye's was released on the Killer Pimp label (of A Place To Bury Strangers’ fame) and was applauded by the likes of Pitchfork, The Deli Mag, GBH, and Losing Today. We here at the Beehive are reminded a little of St Etienne (in a positive manner) and cannot help ourselves in sharing a song on this occaision. 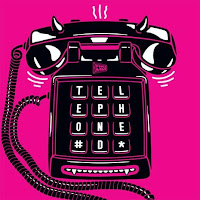 Also appearing at the above mentioned event are Telephoned. Now I did not intend to feature this band however the following song is just so catchy and the fact it goes off into a dub thing at one point is the tipping point. Oh well there goes my street credibility amongst the serious rock music fans...

Telephoned are a dance-pop duo from Brooklyn made up of DJ/producer Sammy Bananas (Fool’s Gold) and singer/party starter Maggie Horn (Good Peoples) that have earned early praise from the likes of Pitchfork, RCRD LBL, and YRB Magazine for their pseudo-covers and reworkings of original beats into hypnotic club tracks. 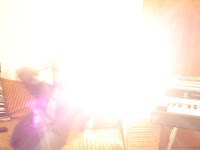 Not one but two instrumental albums in this edition! Spotlight Floodlight with debut album 'Polarized' which is a mixture of instrumental, cinematic and often mysterious songs from keyboardist Peter Adams.

Peter Adams, originally from Lexington Massachusetts, has recorded, toured, and performed keyboards with numerous bands and artists in Boston, New York City, and Los Angeles. He is now based in LA as an independent artist.

San Francisco-based The Real Nasty has just released its debut full-length album 'Paper City'.  Recorded completely 'live' in the studio, the band have set out to get the concert vibe in the studio, something many bands struggle to achieve, however listening to the album I have to say there is an immiediacy and I can just imagine the guys collectivily playing along.  With a traditional, up-right bass and a self-made cajon percussion set counterbalancing country-blues inspired guitar, The Real Nasty combines an electric sound with a more down-home, acoustic ethos, and are sure to gain some much deserved attention with their debut release.

Background to the band includes: Formed in January 2009, the Real Nasty is comprised of 3 veteran bay-area musicians with diverse musical backgrounds.  Jacob Groopman’s guitar work is noticeably influenced by his bluegrass picking skills, and drummer Matt Smith’s deep interest in West African drumming is what informs his mastery of the cajon.  With bassist Ryan Lukas, a music professor at the University of Santa Clara, holding down the bottom end, The Real Nasty brings together 3 very strong musical backgrounds, forming a unit and a sound that is truly unique.

Now, with their debut album just released, The Real Nasty are focused on bringing their explosive live show to new fans all over the West Coast.

Finally this time around we feature a rock trio based in NYC by the name of Vanguard Villains.

They contacted Beehive Candy directly and have informed us that they recently released their debut album, and are getting positive reviews from various blogs, such as Wild Honey Pie, Brill Dream, Moxie And Mayhem, and Knocks From The Underground.

The band formed in January 2009 and have been working the Brooklyn and Manhatten music circuit, and have independently released their debut album. Whats most important is they are really good, with the powerful sound a three piece rock band can produce, and some creative and well performed songs, check Vanguard Villains out - recommended !