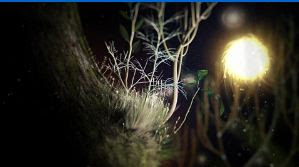 Papercutz are new to me and I have been really charmed by their music. Atmospheric, moving and gently reminding me of Goldfrapp and the Cocteau Twins at times, the most recent release: "Do Outro Lado Do Es­pelho (Lylac Am­bient Reworks)" is ambient at it's best. Some other reviews have stated - ":Papercutz has commissioned a remix album of his work which reads like a who’s who of contemporary drone. Remix records are often, by their very nature, frustratingly inconsistent, but thankfully Do Outro Lado Do Espello represents a notably coherent and engaging exception." Drowned in Sound "delightful ambient" Record Collector "Lovely set of shoegazy ambient remixes" Boomkat "Here are twelve amazing tracks by masters of ambient and modern classical composition!" Headphone commute "Soundscapes developed into lush new ambient forms or retract into spacious drones, while the voice is in turn wrapped in textures and treated a
Post a Comment
Read more
More posts