Background: What if you ran across Joni Mitchell in 1967 or Roberta Flack in '72. How about Sheryl Crow in '91 or Alanis in '94 or Norah Jones or Alicia Keys before they'd been discovered, would you stop and listen? Legendary producer David Z (Prince, Jody Watley, Fine Young Cannibals, Angilque Kidjo, etc.) did. When he heard Ally Way he was so impressed he immediately came on-board to produce Ally's first release. Meet Ally Way and this is her year. Smart songs, incredible talent, and a unique musical vision. More than just the latest trend, her songs share the same timeless quality of the great female artists of the rock era. Look into the eyes of youthful songstress Ally Way, and an ancient serenity gazes back. Asked where she was born, she sweetly says, "I'm originally from heaven," and you believe her. Throw in the angelic voice and an original writing talent, and Ally Way adds up to a remarkable young woman, an enthralling performer whose w
Post a Comment
Read more 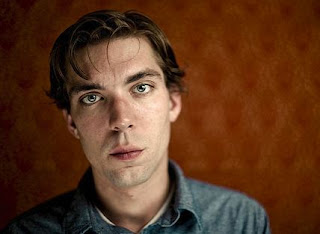 This is Justin Townes Earle live at The Komedia (downstairs), Brighton, England, just three months ago on 19th January 2011. This is an incredible solo set and a wonderful introduction to Justin's music and a collectors item for any fans. The Komedia venue in Brighton, England has a very strong reputation for a good night out and covers comedy, cabaret, spoken word, club nights and childrens events along with a growing number of high profile music artists and emerging acts. From wikipedia we learn - Justin Townes Earle (Born January 4th, 1982 in Nashville, Tennessee), is the son of Steve Earle, stepson of Allison Moorer, and named for songwriter Townes Van Zandt. He is an AMA winning Americana musician. Justin Townes Earle is signed to Bloodshot Records and has four released albums from 2007–2010. He currently resides in New York City's East Village. Justin Townes Earle grew up in South Nashville, Tennessee with his mother, Carol Ann Hunter Earle. Earle began using drugs w
5 comments
Read more
More posts