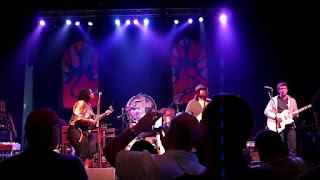 Another gem from the Internet Archive. This is Alabama Shakes back on the 13th November 2011 live at Ziggy's, Winston Salem, NC. The band opened for Drive-By Truckers who declared themselves fans of the band and invited them on stage to perform 'Everybody Needs Love' that evening.

With Glastonbury Festival happening this week in Somerset, England, Alabama Shakes are due on The Pyramid Stage around 2.30pm on Friday afternoon so I will be checking out the BBC coverage and hopefully enjoying some of their set. The band are touring Europe and then North America this summer/autumn more details on their website Here.

Comments: This recording is from the Internet Archive (archive.org).