And Four More For Saturday

Oakland - As a matter of interest - Following on from last month's sold out single launch for brand new track 'Into The Sea', Perth alt-indie-popsters Oakland are wasting no time with their EP launch of the same name, with proceedings to take place at  Mojo's Bar in Fremantle July 31.

Channeling a love for such universal acts as The National and Arcade Fire, Oakland gigged feverishly last year before settling down with esteemed engineer Andy Lawson (Eskimo Joe, Tired Lion, Our Man in Berlin) to carefully piece together the five track offering. Guided by a refined pop sensibility, the EP features a compelling mix of cavernous reverbs, driving beats and earnestly delivered vocals.

Gathering momentum, crumbling into minimalism, then picking itself back up again, “Into the Sea” as the leading single is both emotionally rich and dynamically engaging, confirming the band’s investment in focused and impactful song writing.

Indie rock like so many music genres, is a crowded place these days. So a stand out song is pretty important, coming up with an outstanding EP is even better, and that's exactly what Oakland have done. Facebook (here). 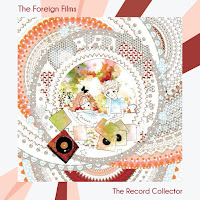 The Foreign Films - contacted Beehive Candy and had this to say - I've been working like a mad scientist in the studio, and today I'm very excited to release Side 3 of my double LP! The album "The Record Collector" will be released early 2016.

Each side of the double album represents a time period of approx three months. The album, literally, was a year-long experiment in song writing starting on my birthday.

Side 3 is a juxtaposition of diverse influences I hold dear! The music I've loved growing up has subconsciously made its way into these songs; 60s British, French and West Coast Pop, Vintage soul, 70s singer songwriter and a touch of Art/Prog and even New Wave.

You don't have to be a mad scientist to be featured on Beehive Candy, but it helps... I do not know what I expected when I first started to listen to 'Side 3' but it was not something as polished and just so exciting as this. Somehow Bill aka The Foreign Films, has managed to make a superb 'hotpot' of musical styles that blend and shift seamlessly into each other. Check out more on Bandcamp (here), just one of the songs below. 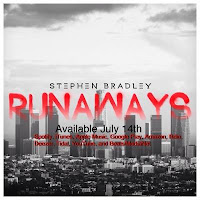 Stephen Bradley - and the story goes - Stephen Bradley, who has spent the last 19 years recording and touring the universe with No Doubt, finally has set aside time to release his first solo project called Runaways. Let’s all be grateful he found time, because his new EP is a wildly enjoyable listen.

Stephen plays horns, keyboards and contributes backing vocals for No Doubt, and on his solo debut all of those talents are broadcast in full colour. Elements of classic R&B/soul, new electronica and big pop are effortlessly combined, resulting in music that people of any age and background can appreciate.

I suppose when you have an introduction such as the one above, expectations are raised. How many band members have stepped out into the spotlight and struggled to own the whole show. In this case however I think it's more a case of why have you taken so long! Just check out the featured song, the class, the whole feel is incredible, the EP offers even greater diversity. Website (here). 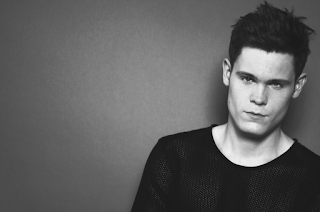 Pete Gardiner - Background - Pete Gardiner is a singer songwriter from Newtownards in Northern Ireland. He’s had a passion for music since the age of 6 when he first heard Slash play the opening three chords of "Knockin’ on Heavens Door". He got his first guitar when he was thirteen and developed a serious passion for rock music as only young teen boys can!

Pete is a true and clever lyricist, it’s in his blood. He writes about his circumstances at any given moment, his relationships with people, doomed romances, news stories that hit him hard and pretty much any thought that comes into his head. His music is strongly influenced by his idols; Bob Dylan, Leonard Cohen and Bruce Springsteen. As his talents have matured he says of Dylan and Cohen “They are both as endearing as each other, they can take you as far as you are willing to go and then drag you that little bit further and I learn more and more from them everyday”.

For many of his early years Pete worked as a cashier in a bank, playing gigs around local bars at the weekends while also recording a few EP's, which gained a lot of local airplay on regional BBC stations.  Then, discovered by a radio network in the UK, he was signed by, entrepreneur Neil Utley’s label NUA Entertainment, which is chaired by Grammy winner Paul Hardcastle. Pete has just finished recording his debut album with award winning Irish producer Tommy McLaughlin (Villagers/ Soak) mastered at Abbey Road and has moved to London, performing nightly on the London club scene where he has been gigging every night for the past few months crafting his art of performance and excellent song-smithery.

This is real quality singer songwriter music. The lyrics are sharp, observational, even witty and yet having listened to the EP I come away thinking more about the music and songs than the singer, which I think is a good thing. Pete just makes you want to listen, perhaps he wants to make you think which is no bad thing either, even with a love song.