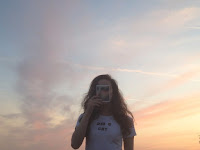 Background - Los Angeles based Liphemra (comprised of Liv Marsico, Trey Findley, Miles Gray, Chris Parise) have just dropped their first official release 'did u cry'. Both dark and hypnotising in it's repetition, the track manifest an aesthetic unrivalled by any other project coming out of LA right now.

"You break up... Never talk again. You just want to know if they cried." - Liv

'did u cry' teases an up-coming EP by the same name which is set for an early March release via LA-based label Future Gods.

A wonderfully powerful background sound, gives way to Liv Marsiso's emotionally charged vocals, that dance above the ever changing soundtrack. A real alternative that works so well. 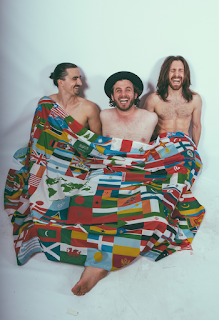 Background - Great music can take you places.  So, perhaps it’s appropriate that Peru the Band shares its name with one of the most breathtaking landscapes on Earth.  The soul-infused indie group has brilliantly combined elements of classic Motown, jazz and blues to create a pleasingly unforgettable sound.

Over the past several months, Peru has generated notable buzz for their songs “I Need You,” “Forever” and “My Lady.”  Established by accident in 2014, Peru the Band is comprised of Long Island natives, Michael Desmond (vocals/guitar), Tom Costa (bass) and Jay Scalchunes (drums). All virtuosic musicians, the three began writing songs together while playing with other touring bands. And, the rest, as they say is history.

Collectively, the members of Peru have toured with groups like Taking Back Sunday and Bayside, and have shared the stage with artists from One Republic, Hanson and Jacks Mannequin. Additionally, they’ve been showcased in festival line-ups for Warped Tour, Taste of Chaos, Bamboozle and others.

Peru recorded Ordinary People with Dan Gluszak, drummer for Envy On The Coast and Times of Grace (Roadrunner Records) and Mike Watts of Vudu Studios (The Pixies, The Dear Hunter, As Tall As Lions, Brand New). Catch Peru the Band in New York at Pianos on December 1, and at Bowery Electric on December 8 and December 15.

Nice jangly guitars and rhythm, support the 'just as nice' vocals and harmonies, and then the horns take it to another level. This is one super cool band. 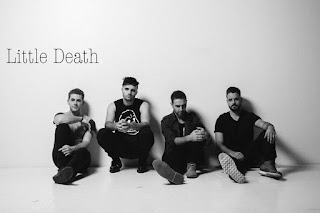 Background - Perth’s Little Death are the brainchild of enigmatic singer-songwriter Ryan Carson and have already begun with a narrative that most musicians only dream of and even more spend their recording careers attempting to achieve.

After finding production inspiration in the critically acclaimed Placebo album ‘Meds’, Carson took a wild chance by sending his demos to the renowned producer behind ‘Meds’, Dimitri Tikovoi (Placebo, The Horrors). Wildly curious from what he heard, Tikovoi invited Carson to record his debut album with him in London. Now sitting on a completed body of work that was mixed by Neil Comber (30 Seconds To Mars) and engineered by Andrew Hughes (Florence and the Machine), the soft single ‘Valleys’ appeared in June but is now spearheaded by current single and flagship track ‘Hotel Tokyo’.

Just launched to a sweaty hometown reception at Amplifier Bar, ‘Hotel Tokyo’ showcases Carson’s love of dark guitar driven alt-rock with a keen pop sensibility that has seen the track start appearing on playlists around the country. Little Death are armed and almost ready to announce the release of an emotional and brutally honest album that intertwines the intricate and delicate nature of Carson’s lyrics with the brazen and uninhibited music he backs them with.

There's more than enough going on in this song to keep the listeners attention, as competing styles come together in a coherent manner, whether its just vocal over drums, or the full on onslaught of alt rock at it's finest.

The Noted - Hello (from the album 'Not Far Away').

Our music is most often compared to Collective Soul, The Fray, Paul McCartney, Elvis Costello, Train, Tom Petty, Fleetwood Mac and many other amazing artists.

The band say 'Our music is diverse, highly original and great for the whole family'.

'Not Far Away' was produced, written and recorded, by the band. Vocals and harmonies really are quite something, and the variety within the songs very refreshing. 'Hello' is a good reflection of what musically, lays in store for the listener. 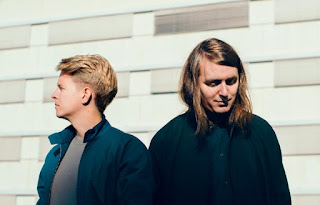 Background - Apothek is a child of its time. Though with any genetic dichotomy, this is one that spans generations. It embodies nostalgia and being part of tradition – an amalgam of parents, grandparents, siblings and cousins. Family, to be more precise…

Their genesis begins with debut single ‘Family’, and with it, a sound that could arguably only exist today. But beyond the cropped rhythms and synthetic symphonies, there’s a sense of classic melody that feels strangely inherent. Perhaps it stems from Apothek’s somewhat unlikely pairing; combining the freewheeling spontaneity of singer/songwriter Morten Myklebust with the more premeditative musings of producer Nils Martin Larsen. It’s a union of celebrated synthesis and one that straddles the divide between electronic and organic.

Lyrically speaking, ‘Family’ recites random states of consciousness – observing the dysfunctional, and at times destructive, quandary of family life. Stream the track below... Though still in their musical infancy, the Oslo-based duo sit alongside some of Norway’s finest, having collaborated with experimental jazz supergroup Jaga Jazzist and embarking their first ever live shows with pop wunderkind Susanne Sundfør.

Fresh from a buzzed (The Line Of Best Fit, Crack Magazine, Ja Ja Ja) and beyond-capacity showcase at Norway’s renowned Øya Festival, Apothek are once again invited to join Sundfør on tour; confirmed for a string of UK/EU dates this October/November.

'Family' is released today. The soundtrack commences in a gentle intriguing manner and vocals match the style and flow of the piece. Then a beautiful symphonic soundtrack sends the song soaring to a wonderful place before vocals take control again. Exceptional.