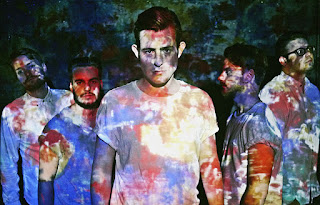 Play is produced by Suede, White Lies and Pulp producer Ed Buller and recorded at The Kinks’ legendary Konk Studios. The track draws you in from the first bar with its strident intro synth-riff played by Dan Parker while drummer Michael Bradnam’s infectious tom-tom pattern boldly drives the track along. Lyrically, Play is about the complexities of relationships and how we sometimes hide behind a facade or ‘play games’ with one another. The artwork was created by graphic artist Matthew Cooper (Caribou, Wild Beasts & Arctic Monkeys) & continues a cohesive theme with previous imagery for the singles Brothers and Blood Science.

'Play' exudes warmth from the start. With an indie style soundtrack and highly distinctive vocals, the song does conjure comparisons with other bands, but without naming names, lets just say that's a positive as well. Very catchy and tempting for the repeat play button every time.