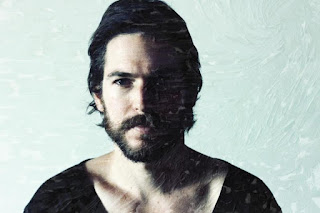 Kauf - Through The Yard.

Background promo - If you've ever needed a soundtrack to your existential crisis, Kauf has made exactly that.  Who hasn't pondered the existence of God or the meaning of life while going full throttle on the dance floor at Berghain? Kauf has achieved the nearly impossible feat of making music rooted in a dance aesthetic but that is also lyrically deep.  There just aren't that many records out there that could work in a club and also touch on emotional conflicts with your family and society at large.

The project of Ronald Kaufman, Kauf took shape after moving back to his birthplace of Los Angeles.  He self-released his first single in 2011 - "Relocate" b/w "When You're Out," which quickly found its way into the hands of Dan Whitford of Cut Copy who released the "As Much Again" EP on his own Cutters Records.

After the dissolution of his early experimental rock bands spurned the dive into electronic production and synth collecting, he is equal parts studio rat psychedelia obsessive and art-pop traditionalist.  The rhythms, informed mostly by slowed down disco, support simple, emotive chord progressions with a melancholic bent.  Dense layering, his own echo-laden vocals, and a penchant for distorted, imperfect sounds create the dominant motif, where the words sometimes ring out as if emerging
from a barely remembered dream.

2016 will see the release of his debut full-length LP, Regrowth. The response to the EP was overwhelmingly positive, with press support from NPR, XLR8R, SPIN, KCRW, etc. Kauf was tapped to remix the likes of Poliça, The Big Pink and Public Service Broadcasting, and has toured and performed with the likes of Cut Copy, Maribou State and many more.

His forthcoming Regrowth LP mostly explores the small fractures within his closest relationships. They are the kind that have long been there, but were either willfully ignored or conveniently missed, like a tiny crack in the windshield that slowly creeps across, but eventually demands you take notice and make the repair before it shatters completely.  There is the realization that a relationship with an ex-boyfriend was entirely superficial ("A Ruin") and truly understanding why you're in love ("Through the Yard").  Complicated family issues are the focus on "Turning," "Key to Life" and "Pacify".

As the first single and last track on the forthcoming album, 'Through The Yard' certainly raises my interest in the album. There is an emotional feel throughout the song, the vocals, the intense beats and haunting melody, makes for a very fine track. 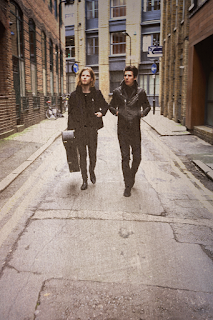 Meeting on the London underground in summer of 2014, Jack Moore and Ben Hawthorne discovered a mutual interest for classic British sounds and the 60’s Motown greats. Then, like many others before, took to bedroom song writing before emerging as Juke Jaxon, now ready to demonstrate their re-imagining of this elusive genre.

Musically the band’s début single ‘Memory Man’ wears its influences clearly on its sleeve, evoking classic elements with an electrifying crunch and soulful swagger. Think Alex Turner a la Last Shadow Puppets with vocal spice from James Blake thrown in and an added touch of Jamie Woon - you’ll see what sort of ballpark we are in here.

‘Memory Man' has the sound that lashes out whilst masking tears. Melodically aggressive; Lyrically sensitive. The song tries to embrace you with one arm, but punches you, winding you, with the other.

Juke Jaxon are fresh from their inaugural sell-out London show in early February, their début single ‘Memory Man’ will be in all the usual places Friday 26th February 2016. Keep an eye on this one…"

This very well may be Indie Soul, however I'm not so sure it needs to much hype and alternative genre placing to get noticed. OK so in today's crowded music market place anything positive helps, so let's just say whatever the genre and influences, this is one very cool song.