The Bohos - Leaders Don't Love You. 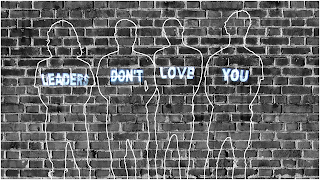 The Bohos - Leaders Don't Love You.

Background Promo - The distinct sound of The Boho’s new single represents the essence of the band, their trademark sound refined and re-packaged into one exciting, unique statement of intent.  A band with a message engrossed in the current movement of disbelief and disenchantment with today’s leaders.

Smashing out raucous passionate sets throughout a string of sell out shows and parties bursting at the seams amongst the like minded of Bath and Bristol.  The South West-based band have always proved difficult to pigeon-hole – moving quickly and swiftly between genres, gaining a significant cult following for their bold inability to settle into typecast while ploughing rich pop furrows

Fiercely independent and at the forefront of the collaboration of four hot UK bands teaming up to co-headline a 4 date tour across the UK this March, The Boho’s will headline their home town show in Bath, amongst shows in Sheffield, Brighton and London.  They will also head to Scotland to support 4AD indie darlings Broken Records in April.

Listening to the new single from the soon to be released debut album it is hard to believe it has been recorded in one room by lead singer Ben Angel. The new single ‘Leaders Don’t Love You’ will be released on Monday 14th March.

Alternative rock with the emphasis most definitely on alternative, The Bohos refreshingly defy being easy to define, whilst knocking out exceptional songs such as 'Leaders Don't Love You'. Unless you are on extremely heavy medication, hopefully you are up to speed with the songs message, delivered within a really addictive and highly pleasing song.