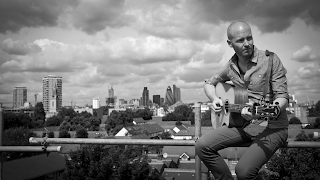 Background - Drew Worthley is an East London musician who crafts a curious blend of cerebral indie-pop with a twist of lyrical Americana. His newly released sophomore record 'Crucible', recorded at Echo Zoo Studios has been praised by Louder Than War as 'one of the albums of the year without doubt.' The 'blisfully atypical' collection of songs explores memory, economics, London and literature, weaving heartfelt vocals around a smorgasbord of analogue synths, guitars, flugelhorns and battered drums.

Crucible has been receiving regular airplay on BBC 6 Music, BBC London and BBC Introducing, numerous features on Baeble Music and 'Tune of the Day' recommendations on Amazing Tunes. Drew will be touring in early spring 2016.

Yet another one of those 'ones to watch out for' artists, and some! 'John Proctors Lament' is but a toe in the water as an introduction to Drew Worthley. Plenty of buzz and notice already for Drew, and not surprising, this is fine music on a grand scale. 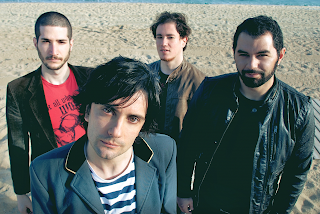 2015 saw Strange Fiction touring hard across the UK and Spain, doing more than twenty-five dates in both countries. The band's astonishing on stage energy has helped them to build a solid and loyal fan base that suggests this band have a very promising future.

'Icarus Last Night' is a slick and catchy rock track. The band separate themselves from the pack with equally punchy and harmonised vocals, along with what I would describe as 'well oiled' musicianship.