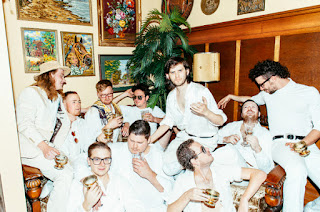 Background promo - Following the cult success of recent single 'Oh Loretta!' & a knockout performance at Bigsound 2015, Melbourne 10-piece Sex On Toast are about to drop their new EP 'Ready', heralded by the release of new single & video for 'Doubt'. They'll also be hitting the road soon, with a Sydney show & NZ dates just announced.

There really, really isn't anyone quite like the formidably talented, performatively irrepressible 10-piece that is Sex On Toast. They're fervidly dedicated to their craft. They're unconditionally vivacious. They're virtuosos of the tongue-in-cheek. And they're 'Ready' to unleash the goods once more.

It's a rare band that has the savvy to successfully combine retro production, tight 70s/60s inspired instrumentation, and lyrical commentary that bites harder than your Aunt's rabid chihuahua. And you'll want to listen again. But Sex On Toast aren't content to leave it at that. Outrageous videos are fast becoming a band trademark - as anyone who's seen the clip for 'Oh Loretta!', featuring Molly Meldrum, can attest. The Tanzer-directed video for 'Doubt', with its use of soft-focus lens, Caddyshack-inspired mise en scene, and screwball exploration of male bravado, is every bit as waggish & winking as you'd expect.

'Ready' is the first EP but second release for Sex On Toast, who put out their self-titled debut LP in 2014. Produced by the band's front man Angus Leslie, the EP is a triumph of sleek pop, driven by the band's uncontainable effervescence.

'Doubt' is my introduction to the band and boy am I pleased to hear them. The ten piece bands production is superb, vocals and music are well mixed (you get to hear all elements clearly) and the sheer energy, fun and bravado is infectious. 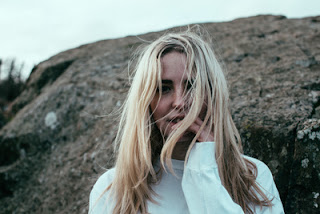 ‘Life Worth Living’ was solely written, recorded, produced and performed by Laurel in her East London bedroom based studio.  It follow’s two EPs, ‘To The Hills’ and ‘Holy Water’ and the release of single Blue Blood, which Laurel released in the summer last year.   She posted the song several years earlier on Soundcloud as an unknown teenager, which spiked huge industry and blog interest.

This is a really fine song. 'Life Worth Living' has real heart and soul. The song's production reminds me, in part, of First Aid Kit, however I emphasis only in part, and as a massive fan of their music, please see that as the compliment it is meant to be. 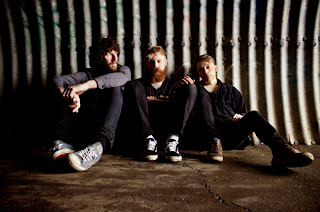 Background promo - When Animal Noise self-released their debut album ‘Run Loose’ in 2012, they quickly went from playing in their rehearsal studio, an old cowshed on bass player Birdy’s farm, to the stages of Bestival & T in The Park.

Working with producer Tom Donovan, the band have been crafting songs to follow up 2012’s ‘Run Loose’. The first tracks to come from these sessions will be found on their Sink Or Swim EP which will be released on limited edition vinyl as part of Record Store Day.

The lead single ‘Sink Or Swim’ will be released on the 8th April, upfront of the EP on 15th April. The band describe the track as having “a bouncing staggered riff that flips from aggression to reflection. The song runs with a recurring theme of water and helplessness, relating to plaguing negative thoughts and anxieties about taking risks, a fear of jumping into the deep end of something new and different which scares a lot of people…"

The EP includes the tracks 'Bag of Bones' and 'Alright', which have already gained momentum through extensive BBC introducing support. A compelling blend of strong melody and intricate structure, Animal Noise are as innovative as they are exciting.

Clearly rehearsing in a cowshed on a farm in East Anglia is conducive to developing great music. 'Sink Or Swim' is the first of four songs on the EP and it's one of four really good tracks. With almost anxious levels of energy the bands passion comes through in every song. It's no surprise they are already registering considerable interest and attention.