And The Beat Goes On: Ine Hoem - No Monster Club - Neil Brophy Band - Slow Down Molasses - The PepTides 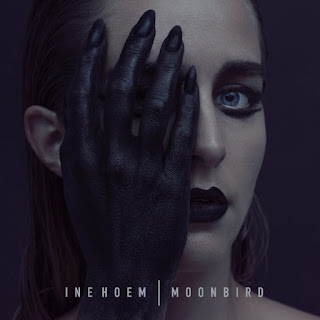 Background promo - Ine Hoem´s voice hits you right in the heart. Her vocal strong sound has elements from both modern electronic music and the jazz universe.

Her debut album "Angerville" received tons of positive reviews, and her single "This year" gained a lot of airplay in her native Norway. That song was also used in the Canadian/US TV series "Degrassi".

The result is the album "Moonbird", due to be released February 10th. These nine strong songs creates a dark musical universe, and makes you think of artists like Kate Bush and Lykke Li. The first single, and title track, "Moonbird" is out now.

With rich swirling synth sounds 'Moonbird' grabbed my attention before Ine Hoem had even begun to sing. Once she did, then wow! what a fabulous voice, and vocal range. Melodic through and through, this is one fabulous song. 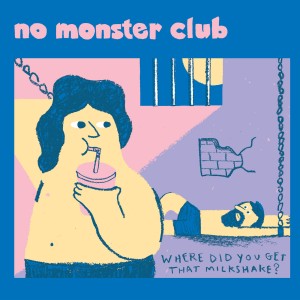 Background - No Monster Club has just released the first track from their forthcoming 7" EP - it's a catchy, tropical-tinged pop march that elicited an impromptu conga-line during its debut airing at Electric Picnic over the weekend.

No Monster Club is the cartoonish art-pop brainchild of Dublin's Bobby Aherne - a project that has already produced around a dozen albums containing "the kind of tunefulness that makes a joke of so much contemporary pop music" (The Irish Times).

Emotional Response are proud to announce the release of No Monster Club’s debut US release, which is also the bands’ debut foray into the 7inch vinyl medium! Skillfully mastered to ensure maximum fidelity, this immediately catchy and classic pop EP contains Four jump-up-and-down solid gold bangers, heralding Aherne’s songwriting as it blossoms into dazzling brilliance.

'Hippocampus Circus Maximus' may well have been featured just for the song title alone. That it is a bright and uplifting fun tune, secured it. That pop can still make me smile and feel good, is something pretty special, as is this song. 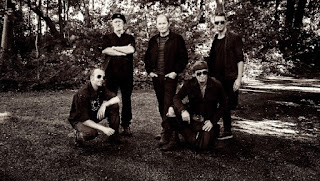 Background - Folk Rock from Copenhagen via Northampton, Neil Brophy Band combine powerful lyrics, upbeat folk guitar and iconic banjo & whistle melodies to deliver an infectiously catchy song with a serious political message in the outspoken new single “Fear of Fear”, out 21st October. Infused with a raw, brash Celtic soul sound that recalls the likes of Billy Bragg, The Pogues and Ewan MacColl, “Fear of Fear” mixes reflective lyrics and driving instrumentation to create a catchy and politically charged anti-anthem, bursting at the seams with defiance.

“Right-wing news channels and politicians feed us with their propaganda machine, breeding hatred and fear, which they use to misguide us. ‘Fear of Fear’ as the title suggests, lays out in black and white the lies we are fed.” - Neil Brophy. Brophy originally from Moulton, Northamptonshire, left the UK in 1990 on a backpacking trip and never made it back on a permanent basis. The prolific songwriter busked his way around Australia, NZ and the States for several years picking up songs and stories along the way, honing his craft by combining elements of his travels with social commentary & revelry and moulding into song.

Led by singer and song smith, Neil Brophy, the band has toured extensively in Northern Europe and Scandinavia becoming firm favourites on the festival circuit including multiple festival appearances in Germany, Holland and Belgium. UK festivals include Beautiful Days, Big Session and Middlewhich Festival. Now based in Copenhagen, Denmark, Folk Rock band Neil Brophy Band has been recording and touring since 1998.  With several releases under their belt, the English-Scottish-Danish band’s last single ‘The Record Collector’, released on Record Store Day, was championed by Steve Lamacq, receiving substantial airplay on BBC 6 Music.

Neil Brophy Band will be returning to the UK in October to play a selection of exclusive shows including dates with Blackbeard’s Tea Party.

Music with a message is alive and well with songs like 'Fear Of Fear'. Musically it's something of a modern day folk piece with a sprinkling of Celtic influences. Melodic and catchy, the lyrics cut to the chase, getting the point across, whilst the harmonies, make it just so likable. 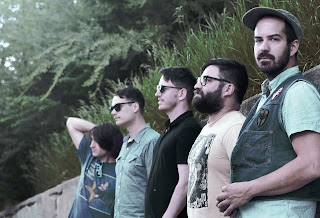 Background - Levitation Sickness is the new single from the bands third studio album 100% Sunshine. This follows up from last years record Burnt Black Cars, the record which helped propel the bands career forward and gained support from Q Magazine, Noisey & Clash Magazine to name a few drawing comparisons to Slowdive, Toy and My Bloody Valentine for their blend of shoegaze and stoner rock. Th album was released 2nd September 2016 via Noyes.

Formed in 2006 in Saskatoon, Saskatchewan, Slow Down Molasses rank among Western Canada’s finest musical exports. Their third album, 100% Sunshine, will be released on September 2, 2016 on Noyes Records, and forges new sonic territory for the band while retaining their unique hybrid of ’90s Anglophilia and contemporary Canadian rock. 2015’s Burnt Black Cars was hailed as “drug-drenched psych-pop” by Q magazine and “immediately memorable and timeless” by The Line of Best Fit, with the band going on to share the stage with the New Pornographers, Swervedriver, Built to Spill, Preoccupations (fka Viet Cong) and the Besnard Lakes.

'Levitation Sickness' is the second song we have featured from Slow Down Molasses new album. The bands distinctive sound, remains quite hypnotic, with lush powerful music and vocals packed tightly into the mix. 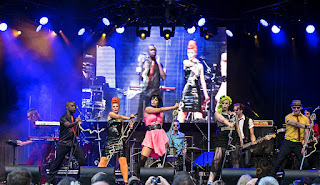 The PepTides - Don't Believe in Love.

Background - Hailing from Ottawa, Canada, The PepTides is a nine-member band with a distinctive larger-than-life pop sound. The five vocalists and four instrumentalists draw on funk, electronic and disco influences. They have been described by the Ottawa Citizen as “the B52’s crossed with The Manhattan Transfer backed by Arcade Fire.”

A snapshot of Canadian diversity, The PepTides is a collection of women and men with a kaleidoscope of identities: English, French, Ukrainian, Mexican, Guyanese, Cree, Acadian, Armenian, Scottish and Lgbtq. The group is noted for its extravagant live performances featuring thick vocal harmonies, theatrical choreography and colourful visuals. The PepTides’ songs juxtapose upbeat music with lyrics that comment on far-reaching themes like love, hate, revenge, sex, religion, war—and getting ready for dates.

In 2013, The PepTides garnered national attention by producing a full-length album in collaboration with Stuart McLean of CBC Radio’s Vinyl Cafe. They performed selections from the album live on the 20th anniversary recording of the show. Their 2014 release Love Question Mark was lauded by Exclaim! as “an ambitious collection of fun, daring, unadulterated, true blue art.” For Those Who Hate Human Interaction (2010) was named best album of the year by the Ottawa Citizen.

M3TV’s take on The PepTides says it all: “Mixing their stunning vocals with funk beats underneath a soulful sound, an abundance of theatrical dance moves and kitschy quirks, they defy any genre or description. One must simply see them to believe them.”

Beyond being a vibrant and colourful live act, The PepTides create melodic and hook laden songs as the featured track 'Don't Believe in Love' demonstrates. One of six on the bands latest release, it's a consistently creative collection of music that mixes funk, pop and soul vibes with a huge element of energy.