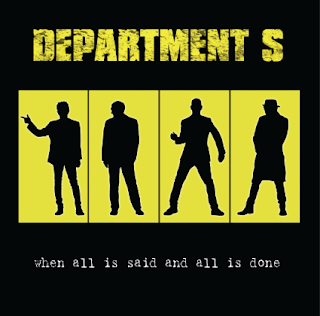 Department S - When All Is Said And All Is Done.

Background - Nub Music are proud to announce that Department S will release their first album since 2011, When All Is Said and All Is Done. This 10 track full length album will be released in April 2017 in digital and CD formats, with a limited edition vinyl release. Department S will be touring extensively through 2017 to promote the album. Recorded in London through 2015, the album has been produced and mixed by Pete Jones (former PiL bassist).

Department Sare a London based post-punk/new wave band originally formed in 1980. The band, featuring vocalist Vaughn Toulouse, keyboard player Eddie Roxy and guitarist Mike Herbage, released three singles and recorded one album, Sub-Stance. Debut single Is Vic There? charted in the UK at number 22 and saw the band make 3 appearances on Top Of The Pops. Subsequent Stiff Records single Going Left Right also charted, while 3rd single I Want was a hit in many European countries. The band split in 1982.

Department S reconvened in 2006, with Eddie taking vocal duties following the untimely death of Vaughn Toulouse in 1991. In February 2007 the band recorded their first new single for twenty-six years, a cover version of Alvin Stardust's 1973 hit My Coo-Ca-Choo. This was followed later that year by the critically acclaimed live in the studio LP Mr Nutley’s Strange Delusionarium.

Department S have built up a reputation as being a must-see live band and have subsequently played festival dates across Europe, including Glastonbury, Benicassim, Rebellion, Rewind, Great British Alternative Music Festival and Sinner’s Day. Website here.

Department S still produce music with the vigour and immediacy of their debut single 'Is Vic There?'. Yes the band have matured, resulting in the musicianship becoming tight and polished and the overall production benefits from three decades of recording progress. Featured song 'When All Is Said And All Is Done' gives the listener a feel for what to expect across the ten track album, the passion and gutsy commitment remains, the songwriting is impressive, and there is plenty more on the bands website to discover. 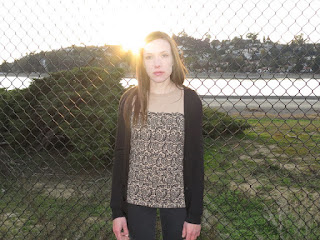 Background - Kim Free is the best kind of artist. She’s a classically trained violinist whose love of popular music has compelled her to compose, record and perform the enchanting bewitching music that’s uniquely her sound.

Toward the end of the first decade of the new millennium, she embarked on a her first recording project, under the name ‘Black Church’. These avant-goth cassette-only releases and the performances that went with them gave her a small but dedicated cult following. In 2012, she shed her pseudonym and released Angel Shadow as Kim Free. It was followed a year later by Nevermind the Blue Skies, a 14-song collection of dreamy pop.

Now Kim continues her evolution with her most ambitious project yet - Slips. Slips sees Kim reunited with producer Alex De Groot, who she first worked with while playing violin for the Zola Jesus world tour. For Slips, Kim has recorded several songs with a full rock band - a first for her. She navigates the delicate balance between these songs and her more familiar violin-based numbers with aplomb.

The Slips project will initially be presented to the public through a series of digital EPs. The first, Make Me Yours, was released in December 2016. The second, Malibu, will be released March 2017. [The complete Black Church catalog was recently released on limited edition CD for the first time on the UK-based Reverb Worship. The Kim Free records are available digitally and on vinyl from LA’s Fine Records.] Facebook here.

Our second feature for Kim Free, this time with the engaging and dreamy song 'Destiny'. Musically the track gradually builds from a light beginning into a broader and expansive soundtrack with the violin adding some extra flavour to the piece, however it's the wispy and personal vocals that make this such a pleasing and intimate song. 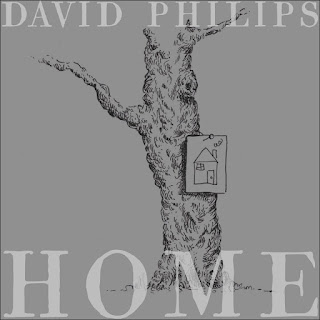 Background - November 2016 to March 2017 David Philips locked himself in his studio and spent the winter months writing and recording new material. Harking back to the  full band sound of his debut album, but with more grit, more electric guitar, more to say and a clearer idea of how to say it.

Very much the studio loner David recorded and produced the whole record himself, playing all instruments and also designing the artwork. “Home” is the upbeat new single from this collection of recordings entitled simply “Winter” due out late March/early April 2017 on Black and Tan Records.

There is a robust level of energy within the new song 'Home' right from the very start. Vocals are committed and impassioned, supported by a punchy musical arrangement. It's might be described as folk rock or Americana, whatever label we attach, it's one fine song and sets expectation high for the album. 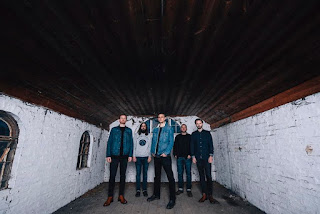 Lonely The Brave - The Rat.

Background - After a great 2016 for the band that included a no.1 album on the rock chart, a sell-out headline tour and a hugely successful European tour in support of Biffy Clyro, Lonely The Brave continue their prolific streak as songwriters by releasing a second song from their upcoming EP, a cover of long-time band favourite "The Rat".

As a band known for picking covers that perhaps people wouldn’t expect from them – Cyndi Lauper, Bjork, Pink Floyd and Antony & The Johnsons some of their previous conquests – “The Rat” is a leftfield take on an already wonderful song by The Walkmen, one that showcases David Jakes’ peerless vocals and one that will hopefully introduce the song to a whole new audience.

Alongside the new EP, coming March 24th through Hassle Records, Lonely The Brave will be supporting British alt-rockers Mallory Knox on their UK tour spanning March and April 2017, featuring dates in Cardiff, Edinburgh, London, Bristol and both Mallory Knox and the band’s hometown of Cambridge.

Known for their uplifting, atmospheric and anthemic songs, Lonely The Brave are joined on the line-up by their old friends and tour partners, the Glasgow three-piece, Fatherson. Website here, Facebook here, tour details on our tour page.

If you have a taste for atmospheric music that slowly unfolds into something quite beautiful and then takes off, 'The Rat' should pretty much tick all your boxes, If you feel the need to provide a cover version, then this band make a good reference point to proceed from.