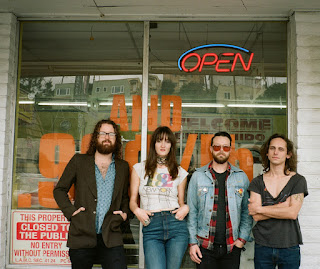 Background - On April 26th, Valley Queen will embark on a spring North American tour, spanning from the west to the east coast. The band will headline seven shows, and support Laura Marling on thirteen dates, including Los Angeles, San Francisco, Chicago, and New York.

The Los Angeles 4-piece released their first-ever EP, Destroyer, this month. Singer and songwriter Natalie Carol leads a band reminiscent of Fleetwood Mac and My Morning Jacket with vocals evocative of Florence Welch. The band's sound brings to mind the soul of Motown and the power of southern rock. "Carol presides over ambling Americana jams that positively soar,” said NPR Music upon including the EP’s single “Stars Align” in their SXSW Austin 100. Filling out their sound is Neil Wogensen with bass and vocals, Gerry Doot's drums and Shawn Morones on vocals and guitar. Website here, Facebook here, tour dates are on Beehive Candy's tour page.

Adding to the references above, I would also suggest Heart and Jefferson Starship from the Grace Slick years as pointers to the mixture of tracks on the 'Destroyer EP'. What is clear is the band have a clear talent for developing enticing songs that mix melodic rock with a softer more soulful style. As debut EP's go this is strong throughout. 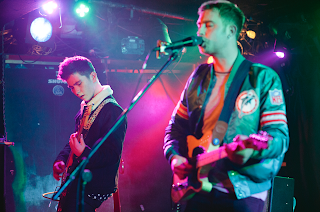 The Moon Kids - Something Spectacular.

Background - Hitting the sweet spot between The Small Faces, The La’s and Blossoms, Scottish Psych-Pop outfit The Moon Kids are shooting for the stars.

The band’s latest single ‘Forever Blue’ - a sunshine-drenched slice of 21st century Indie attitude - is the latest salvo in a series of white hot releases that began with their acclaimed debut EP. ‘Rollercoaster People’, the lead track from that self-titled EP, was championed by Radcliffe & Maconie on BBC Radio 6 Music. ’Luna Park’, another of the EP’s highlights, was chosen by an all-star judging panel including Tom Waits, Run DMC and London Grammar as one of the finalists in the worldwide Unsigned Only songwriting competition, it was pipped at the post by Vance Joy’s global chart smash Riptide.

Formed in Dunfermline, Scotland, by frontman David Barr, The Moon Kids have honed their sound in the studio with producers such as Michael Brennan Jnr (Super Furry Animals, Mogwai), Tony Doogan (Belle & Sebastian, Young Knives) and Rafe McKenna (Comsat Angels, Thrashing Doves). On the road they’ve played alongside the likes of Glasvegas, Tribes, The View, Raglans and up-and-coming northern rockers Neon Waltz, as well as turning in acclaimed performances at festivals such as T In The Park, Wickerman and Stereofunk. Facebook here, website here.

'Something Spectacular' might be something of a boast however it is not without foundation, particularly if you are enjoying the modern wave of psych pop bands. Musically the band are bright giving the vocalist plenty of layers to add his touch, which matches in to the overall good feeling of this song. 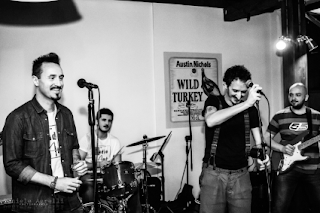 The Austen - The Austen's Groove.

Background - The Austen was founded in 2014 between London and Milan. Its only stable member is Riccardo Barbieri Torriani, founder of the band, songwriter, singer and harmonica player.

The name of the band is dedicated to a group of students at Hult International Business School in London, a gang of seventy-five people who grew up together between 2012 and 2014. The business school used to give each class the name of a famous author. This particular class was called Jane Austen.

The Austen is always seeking for musicians, songwriters and singers who want to collaborate, perform and create new music under its name. The philosophy behind the project is to merge various genres and cultures to break borders and establish new trends. Consequently, The Austen can be well defined as “an open band”.

The Austen’s Groove - written, performed and produced by Riccardo Barbieri Torriani A hymn to special friends all over the world. Those kind of people you may not have the chance to meet for months or even years, but when you finally join them it’s like you’ve always been together. I was lucky enough in my life to know few of them. Quote: “No matter who you are and where you are, there’s always time for another drink.” Sound Engineer for all tracks: Mr. Max MC Costa, who has worked internationally with John McLaughlin, Sting and Bill Evans. He won 2 Grammy Awards! The Austen - The Opus Day was released last week through Nub Music.

Perhaps it's the bands open structure that helps create some fine variety within the collection of songs that make up 'The Opus Day' from which 'The Austen's Groove' is taken, whatever the case The Austen have delivered some highly desirable tunes, and are now firmly on my musical radar.

Background - Argonaut & Wasp is an indie dance band from Brooklyn, NY. Inspired by the sounds of the kick drum, the electric guitar, the bass, and the synthesizer, the group creates fashionable music for fashionable crowds.

Trey and I were attending lots of DJ sets at the time (which is one of our favorite evening activities). Anyways, we would show up at all of these hip Brooklyn venues and everyone would be glued to the walls, everyone just standing there - lost in a state of confusion.

We decided to capitalise on this feeling, this need for a rhythm and the need for a beat. We rushed home one of these evenings - grabbed a cowbell, picked up the guitar, and got to work." — Argonaut & Wasp. Facebook here.

'Paradise' is a high-spirited indie dance song, that has a dynamic beat and some crazy vocals that add spice to the whole. Just add some party and cocktails for the full effect! 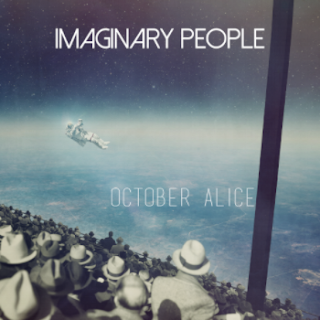 The band swings for the fences on their sophomore LP, recorded in a barn in upstate NY, via a grittier approach, with an eerie, reverb-laden wall of sound abundant throughout, cannily crafted via the use of a second drum kit inside a silo. It mirrors the morbid subject manner of the album, easily their most disarmingly personal material to date. Facebook here.

The third song we have featured from Imaginary People and 'The Pelican Theme' is yet another wonderfully frantic rock'n'roll piece. The album is now a little more than eagerly awaited, to say the least. 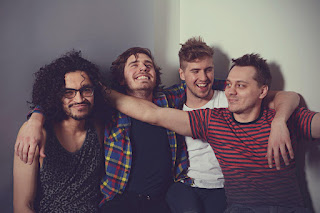 The Lunas - Until I'm Dead.

Background - Indie rock band The Lunas share "Until I'm Dead" the first single off their forthcoming EP A Curious Life.

The Vancouver-based foursome is the brainchild of frontman James Priestner. A former teenage hockey wunderkind en route to the NHL faced a personal and professional dilemma at a young age after discovering a passion for the arts while backpacking through Europe, Thailand, Southeast Asia and Japan. He explains, “Getting out into the world, meeting people, and seeing things firsthand made me realize there was a lot more out there than the rink and stopping hockey pucks."

Since their 2015 formation, the band has toured Canada twice, and shared the stage with JPNSGRLS, Mobina Galore, and Juno-winning artist Barney Bentall, among others. Additionally, The Lunas have been finalist contestants in The Roxy Launch Project in Vancouver BC where the guys won recording time with Tommy Mac from the hit-making pop-rock group Hedley. Facebook here.

A chunky beat and distinct vocals ensure 'Until I'm Dead' is underway and doing it's stuff from the first notes forward. The band can and do turn up the energy on occasion. It's indie rock and it stands out.