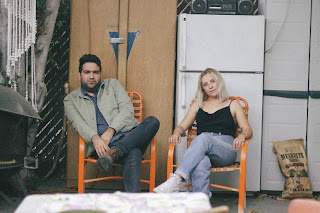 Background - Cape Weather's debut single "Telephono" is out tomorrow. They signed to the Future Gods label a few weeks ago. The song prematurely hit Spotify a couple weeks back and got 'Fresh Finds' immediately and has been getting spins by several KCRW DJ's at the moment. It will drop everywhere this Friday, 9/8.

The band is a collaboration between Natalie Smith and Eric Jackowitz. They’ve both played in bands for years; Eric playing drums for Nick Waterhouse, and Natalie releasing music under solo monikers. With Eric at the production helm, the record was made over the internet, with instruments being recorded and mixed in LA, Oakland, Nashville, New York, and Europe.

Instrumental contributors to the record include Ben Alleman (keyboards; Ryan Adams), Erik Groysman (composer; Drunk History), Joe Berry (keyboards + sax; M83), with mixing and mastering done Andrew Sarlo (producer; Big Thief). The inspiration for Telephono came from Natalie and Eric wanting to create a song like “Spooky” by Dusty Springfield, but inject it with their own sensibility. 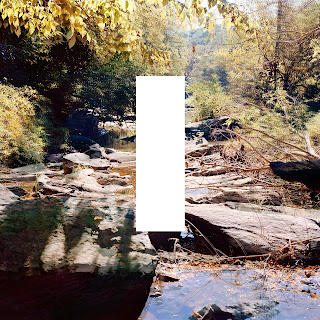 Hopponen expands on the origins of Verandan: “At the time I had an office job that really made me want to focus on something else the rest of the time. Since I have played music since 1876 but never really written any songs myself it was a slow and meticulous process. The only aim was writing and recording some songs that I could hopefully tolerate even in the future. And also to do this with the best musicians I could find and whose judgement I fully trusted. They really pulled everything together and made it work, contributing all sorts of good ideas.

There was no particular musical style in mind. The point was to explore different ideas and themes – musical and otherwise – that for some reason kept appealing to me, while at the same time chasing a particular kind of elusive ”mood”. Sometimes what came out was surprisingly ”traditional”, which is fine too since it was never about being inventive just for the sake of it. It was more about conveying exactly the right feeling, whatever that is.” Facebook here.

The first of six tracks on the new EP 'Short Dream' gives a fine flavour of what to expect from the rest. There are no passengers within this collection of material, each song is as good as the featured track & from a personal perspective sometimes better. 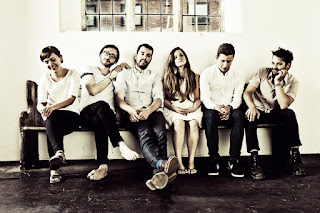 Wooden Arms - Lost In Your Own Home.

Background - The new Wooden Arms album "Trick of the Light" is due next month (10/6/17 release date). The first single and video "Lost in Your Own Home" was publicly released last Friday 9/1 and is now available on all major platforms.

Previously a solo writing process by Alex Carson, for their latest release Wooden Arms has evolved into a collaborative, genre-fluid writing trio between Carson and other members Jeff Smith and Alex Mackenzie to collectively draw from their alternative, classical, and trip-hop influences. A truly impressive and deep album, "Trick of the Light" shakes off the shackles of folk and chamber-pop pigeonholing to include deeper instrumentation coupled with electronic elements to become something newer, darker... more strange.

The forthcoming album (Trick of the Light) comprises of twelve tracks. This is a collection of material rich in musical quality and beautifully arranged. 'Lost In Your Own Home' can only give a little feel for the whole, it's a fabulous track in it's own right, however Wooden Arms, can and do move from one creative style to another. 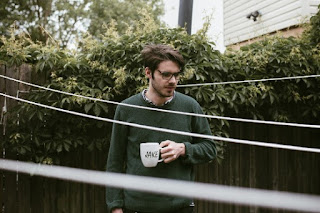 Slaughter Beach, Dog was started as a side project for Jake Ewald, one of Modern Baseball's two singer/songwriters. Born out of a case of writers block, Jake used the project to experiment with writing from the point of view of fictional characters in the fictional town of Slaughter Beach to break off from the ultra-personal technique he'd developed in his main project.

Since Modern Baseball announced their hiatus last year, Slaughter Beach, Dog has become Jake's main vehicle, giving him a chance to go all in on developing as a songwriter. Combining writing styles and flowing free between truth and fiction, the album takes Jake's signature mouth-full writing style, adds in some new influences from bands like Wilco, The Weakerthans, Jets To Brazil and Pedro The Lion, and comes out with something completely fresh. Website here.

'Fish Fry' is a catchy song where the vocals are central to the piece and just so pleasing. The music is robust, adding more hooks, but never over powering. As a glimpse of what is to follow, Slaughter Beach, Dog are well worth keeping in mind.