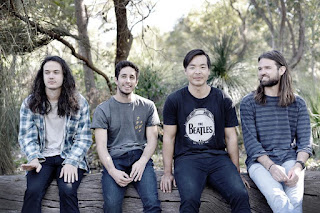 The Peppermint Club - Everything Is Changing.

Background - The Peppermint Club have launched their new single Everything Is Changing.

The Peppermint Club is the pastel-hued pop brainchild of Chris Chen (ex-Rainy Day Women), in collaboration with friends old and new from within Perth's thriving music scene. Like their namesake, the band’s songs are refreshing, a little sweet and fit comfortably in your pocket - refracting nostalgic, golden-age songcraft through layers of summer haze and bittersweet melancholia.

The Peppermint Club's debut single ‘Everything Is Changing’ deploys a pitch-perfect blend of crunchy guitar, mellotron strings, handclaps and sea-breeze vocals to leave the impression of a pensive Perth sunset in under three minutes. Scratching your neo-Beatles, psychedelic soul itch with a just hint of digital-age shimmer, ‘Everything is Changing’ will no doubt appeal to fans of Mild High Club, Connan Mockasin and the Tame Impala diaspora. WEBSITE, FACEBOOK.

'Everything Is Changing' is a concoction of lush vocals, harmonies and a musical backdrop that drifts from psychedelic rock through to dream pop. 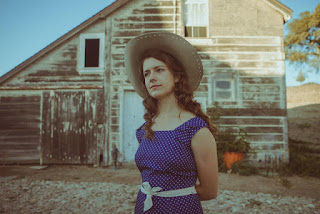 Ismay - River of Light (Through the Inland Empire).

Coming from the coastal hills of Northern California, Ismay is a singer, guitarist, and songwriter drawing inspiration from the natural landscape of the American West. With an ear for an old-time aesthetic and artistry of indie folk, Ismay blends inventive songwriting, ethereal vocals, and dynamic fingerpicking on the guitar. When she is not traveling the western states on horseback, Ismay can be found working on her ranch, collecting the sounds and stories of rural California. From this cultural history comes Ismay’s deep-rooted sound of the New American West.

The creation of Ismay’s debut EP began with a river. After dropping out of college, Ismay (Avery Hellman) wandered from California to New Mexico and up through the Pacific Northwest. During this time she sought out a place of natural significance through which to explore her passion for the arts and the environment. Eventually she found herself on the banks of the Klamath River in far Northern California. It was in this country that Ismay became entranced by the intricate cultural landscape of the Klamath. In the following two years, she embarked on a horseback trip to document the river through film, photography and audio recordings.

In addition, she wrote and recorded five original songs, both along the Klamath with an old cassette tape machine and in a studio above the Pacific Ocean. Ismay worked with producer Tim Bluhm (Sarah Lee Guthrie, Johnny Irion, Nicki Bluhm) and engineer Robert Cheek (Band of Horses, Chelsea Wolfe) at Panoramic Studios in Stinson Beach, CA. The field recordings were produced by Eric Drew Feldman (Polyphonic Spree, PJ Harvey), and string arrangements in Nashville with Brad Jones at Alex the Great Recording (Justin Townes Earle, Nancy Griffith, Yo La Tengo). Weaving natural symbolism into this coming-of-age story, Ismay’s EP, Songs from a River, explores the way in which a connection to place shapes and parallels songwriting and recording. WEBSITE, FACEBOOK.

From the very first notes, the musical arrangement on 'River of Light (Through the Inland Empire)' suggests we are in for a treat. When Ismay begins to sing it ups the deal even more. This is a fabulous indie folk song, with beautiful vocals and a delicately refined backdrop. 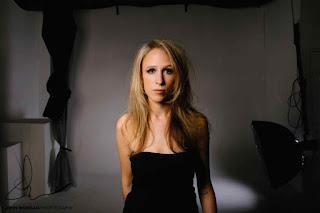 Katey Brooks - Will She.

Background - Singer-songwriter Katey Brooks has a unique sound that epitomises the culturally diverse environment in which she grew up. Born and raised between Bristol, London and Arizona to musical parents, the Indy Music Award finalist has been compared to legendary artists such as Joni Mitchell, Sandy Denny  and John Martyn. Among her contemporaries, she can perhaps be described as a female Hozier, with all the haunting intensity and every bit of the soul.

With a ‘voice to melt glaciers’ (Venue magazine), Brooks is at home anywhere she can take her guitar. From Glastonbury to the National Folk Festival in Australia, her devastating vocal talent has gained her admirers across the music industry as well as an adoring public. Her voice has been used on songs that also feature the likes of Paloma Faith and Imelda May, she has appeared on a compilation with Anais Mitchell, Ane Brun and Marissa Nadler, and has shared bills with a wide variety of acts including Newton Faulkner, Ghostpoet, Martin Simpson, Deaf Havana, Lou Rhodes and Mystery Jets.

The haunting, ethereal sound of her 2016 ‘I Fought Lovers’ EP received a warm reception from radio stations around the UK and internationally, including BBC Radio 2 / 6 Music and CBC Canada, and acted as a fitting prelude to the sonic largesse of her forthcoming new album, ‘We The People’.

Brooks is often on the road and has led a fascinating life populated with a vivid cast of characters from whom she has drawn inspiration for her songs. The writing for the album began in the chaos of London life, continued while on tour in the dusty expanse of Australia, before being completed on the side of a beautiful mountain in the Welsh wilderness. WEBSITE.

Powerful and blissfully inspiring vocals need only a simple musical canvas and with 'Will She' that is what we have, all wrapped into one majestic song. 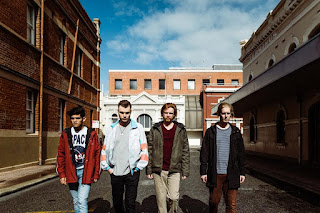 Foreign Architects - Talk to a Scientist.

Background - Finding the perfect balance between intricate melodies and pop hooks, Foreign Architects have put forward their latest slice of indie rock with single Talk To A Scientist. From their home in the sun-soaked Western Australian capital of Perth, what started out as a project between singer/songwriter Matt Burke and drummer Andrew Barnett has evolved into one of the city's most exciting new bands.

Recorded by The Money War's Dylan Olivierre (a gifted songwriter in his own right) and mixed by uber talented producer Andy Lawson (Eskimo Joe, Tired Lion), Talk To A Scientist is a mesmerising ride of blissful guitar tones and supersized vocal hooks. Both radio-friendly and ready to ignite the stage, Talk To A Scientist is impeccably crafted – balancing the power of the band with the effortless charm of Matt Burke's soulful voice.

Their first single, Poisonous Pill, was met with a warm response and triple j airplay, but as the original duo's songwriting grew in complexity, Foreign Architects felt the need to expand their lineup. Enlisting friends Callum Morrison on bass and Dylan Geileson guitar, Burke and Barnett sculpted a band capable of delivering rich, spirited music with depth and clarity.

Wasting no time, the newly formed four-piece emerged with Glass, the first single to truly show off their group dynamic – earning them solid reviews, national airplay and coveted support slots in their hometown. And while Glass made it apparent how much Foreign Architects could achieve, Talk To A Scientist is the fulfilment of this promise. Melding gorgeous riffs that ebb and flow into a monster chorus, Talk To A Scientist is the kind of song that radio was made for.

Spurred on by their ability to create songs collectively from the ground up, Foreign Architects have hit a stride of pure inspiration. Having already tasted international touring and festival performance, the band are ambitious and driven for more... and as they work their way towards a debut full-length release, songs like Talk To A Scientist prove beyond doubt that Foreign Architects have a blindingly bright future ahead of them. WEBSITE, FACEBOOK.

Foreign Architects deliver high quality indie rock with the new single 'Talk to a Scientist'. Catchy and powerful the song lifts the spirit, and is the perfect accompaniment on a long road trip. 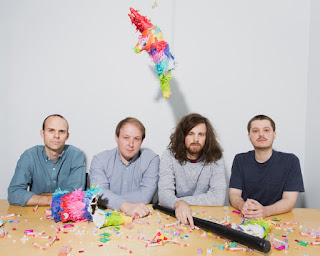 Background - Muscle Shoals four-piece Belle Adair has unveiled 'Neptune City', the latest from its forthcoming record 'Tuscumbia' (19 January  / Single Lock). The track is a nostalgic reflection on a breezy summer from the distance of a biting winter that, as singer and lyricist Matthew Green puts it, "will be the death of me."

While 'Neptune City' and all of 'Tuscumbia' were recorded at the hallowed FAME Studios in the band's hometown, this music doesn't sound like anything to come out of Muscle Shoals before it. The four-piece collaborated with producer Tom Schick (Wilco, Real Estate, Parquet Courts) to create a blissed-out feel, atmospheric guitars and masterful melodies - putting Belle Adair at the forefront of a new chapter in the Muscle Shoals Sound. Not only is Belle Adair shifting the region's sonic palate, but they're at the nexus of a community of Alabama musicians redefining Muscle Shoals for a new generation.

Groups in Belle Adair's orbit include some of the most exciting acts to come out of Southern independent music in the past decade: Alabama Shakes, John Paul White, St. Paul and The Broken Bones and Dylan LeBlanc, as well as Shoals legends like Donnie Fritts and David Hood. When not working on their own music, Belle Adair serve as something of a house band for this community, just wrapping an international tour with White and backing Fritts on his recent comeback dates. The group shares keyboardist Ben Tanner with Alabama Shakes, and their Single Lock Records is home to a majority of the artists listed above. WEBSITE, FACEBOOK.

For me there is a sixties surf vibe running through the early part of 'Neptune City'. It then expands way beyond that, adding in more creative and modern twists, whilst retaining a gorgeous atmosphere, full of play again hooks.