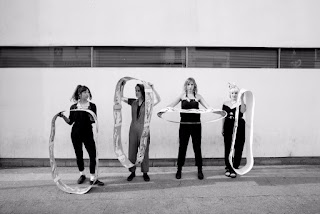 Marine make music that bridges the gaps between spectral pop, dreamy grunge and ambient folk, whilst lyrically exploring ancient tales of mythology and the underworld. Since forming in 2014, the band - made up of Cara Sebastian (Lead Vocals & Guitar), Ruby Jack (Lead Vocals & Guitar), Beth Dariti (Bass) and Kaja Magsam (Drums) - have been running their own show in their own way, touring across Europe and the UK and quickly building a cult following in both Berlin and London, whilst racking up support from tastemakers at BBC 6 Music and across the blogosphere.

After wowing crowds at Secret Garden Party, Shambala and more this summer, the band continue to swim deeper into their own concepts, and next year will present their debut album, which was recorded at Grand Chapel Studios with esteemed producer Rob Ellis (Anna Calvi, PJ Harvey, Cold Specks).

Both wild and elegant, their music is framed by intuitive beats, bass hypnosis that playfully counters melody, and a deep love of contrast. The two vocalists braid together over hooky guitar lines in a complex plait of old and new, understated and operatic, light and dark. The songs of Marine crystallised from mythology and fables, mingling with personal words and emotions to form tales of the ordinary and extraordinary. Their songs reference the underworld, seal demons, mighty Kraken, werewolves, witches and Gods, and even question the very nature of storytelling itself. FACEBOOK.

Rhythmic and initially suppressing the energy levels 'Mount Olympus' is a kaleidoscope of charismatic vocals and a feisty alt rock soundtrack that occasionally powers up, adding even more to the experience. 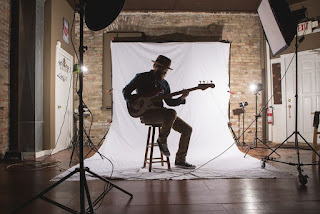 Hood Smoke - Depending on the Fool.

Since the release of their debut album Laid Up In Ordinary (2012), Hood Smoke has continued to bridge the gap between the retro and the modern in a unique and sincere way. The band is a tour de force whose members have performed with Quincy Jones, Earth, Wind and Fire, Koko Taylor, Rhymefest, Nick Lowe and Chris Thile.

On the heels of their third release Rough Around The Hedges (2016), which Newcity described as “whip-smart jazz-funk-fusion” whose “lyrics are top-notch throughout,” Hood Smoke toured nationally and wooed audiences at large rock festivals and intimate jazz clubs alike. The band’s fourth album, the upcoming Cannonball Porch, showcases Doherty’s vulnerable and melancholic voice on what he promises to be “the most simplistic, lyrically creative, and to the point” Hood Smoke album to date. WEBSITE, FACEBOOK.

The vocals are distinctive and appealing on 'Depending on the Fool' a song that exudes emotional feeling. Musically it sits somewhere between alt rock & Americana, what is certain is the pure addiction this song summons. 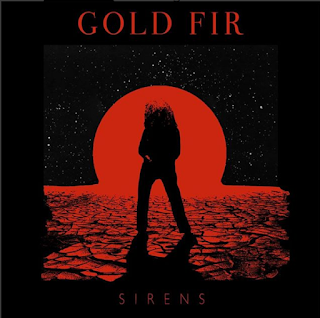 Background - Following the runaway success of, ‘Night Walk’, Gold Fir satisfies the demand for soulful sassy vibes with the unique visuals to ‘Sirens’ via +1 Records.

The emerging London duo saw a huge response to their debut offering, which was accompanied by a vibrant 2D animated video produced by Rejjie Snow collaborator Jack Brown. With repeat plays across BBC Radio 1, 1Xtra, 6 Music, Triple J and Beats 1, as well as support online from i-D, DIY, Hunger, London In Stereo and a run in the Hype Machine popular chart, Spotify, Apple Music, Vevo and Bandcamp also came out in support of ‘Night Walk’ with heavy playlisting and homepage features alike.

New track ‘Sirens’ which premiered on Clash Magazine demonstrates the duo’s fierce ingenuity. A track “about welcoming different aspects of yourself to the dance floor” - elements of pop and 80’s devil-may-care are all present, and delivered in a neat package as memorable as it is infectious.

The music video, directed by Tegen Williams, paints very surrealistic images as a pink-haired dancer glides alongside non-human forms, poised next to trippy visuals and tribal symbolism. The effect produces a juxtaposed duality of both blissful dreams and murky nightmares. Gold Fir’s vision behind the clip boils down to the fact that “in life you’ve got to be whoever you want to be and the video was an ode to that sentiment; life is a dance like that.”

Simply known as James and Mabel, the pair’s eccentric, soulful sound is inspired by their favorite places, friends and films. Gold Fir has most recently adapted their unique sound for live shows at KOKO and Birthdays, and are now gearing up to present three sound installations for the Victoria & Albert Museum on the 28th November. With plans for a debut EP early in 2018, the duo prove now more than ever that genre is meaningless, but the right music will always be full of soul. BANDCAMP.

Something about this song resonates well with me. The word that stands out in the above promo background is eccentric 'Sirens' has just a little of that, along with a highly imaginative arrangement and video images to add further intrigue. 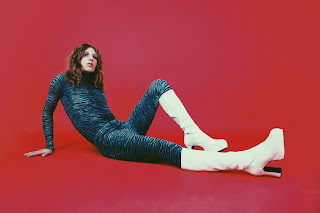 Background - "This song was composed and recorded in one take; there is something about capturing an immediacy that makes for a very exciting recording. Songs are very fragile things, and often lose the original inspiration if too much time is spent trying to make them perfect."​

In the wild woods of West Virginia, in an isolated hollow, a young boy thought he was a peacock. When he realized, much to his dismay, that he was not a peacock, he picked up a guitar. From then on the sounds of him loudly playing along to the Rolling Stones and Jimi Hendrix could be heard echoing through the hollow. ​

Placed between roaming peacocks, a family of Russian intellectual revolutionaries, and two parents dedicated to living off the land, Gyasi was brought up in an environment that could only be described as unique. It was an isolated world, where life felt more like the 60s than the 90s​.

Between his father’s early blues 78 collection and the Velvet Underground and T. Rex records of the Russian family next door, his musical education was rich. The world is sorely lacking in rock stars. Gyasi is a rock star. FACEBOOK.

Maybe we do need a new rock star. 'Sugar Mama' is a stunning glam rocker, with a potent riff driven backdrop allowing Gyasi to work his natural rock & roll vocals above. Retro and yet fresh, this is a fine celebration of what rock music can still be.