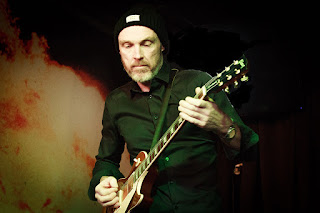 Background - Formulating his musical identity by playing in and haunting the numerous great bars and music clubs in his hometown Melbourne while drawing inspiration from local acts such as The Teskey Brothers and Raised by Eagles, Scott Graham has been on a mission to create thought provoking songs that lead you down a non-conventional path that extends the boundaries of the pop roots experience.

The first single, Little Minds from his debut solo EP Into the Sun, is a driving roots pop tune and modern take on the protest song; raging against the system and exploring how a powerful few can impact others. “The song was born out of my frustration of the continuous news cycle of innocent people suffering in war torn parts of the world and the apparent inaction of the people in power to recognise the root cause of these problems,” says Scott. “The song is both a protest and a call to action”.

With Into the Sun, Scott Graham is building a repertoire of thought provoking and catchy pop roots tunes. Recorded and produced by multi ARIA award winner Shane Nicholson at Shane’s ‘Soundhole Studio’, this partnership has provided a sonic soundscape serving to highlight Scott’s songwriting skills and vocal talent.

Every song Scott delivers tells a different story of this journey through an intricate melding of lyric and music. With songs that are filled with melodic soulful vocals combined with strong riff based instrumentation, Scott takes the listener on a fresh and engaging musical adventure.

Scott’s other musical passion is blues music and with his band 40 Thieves recently released an album which has featured in the top 10 of the Australian Blues and Roots Airplay Charts for five months since its debut. Recently, 40 Thieves and their album Time Forgot, was awarded the ‘Emerging Act for 2017 ‘ by the ‘Melbourne Blues Appreciation Society’ in their annual Vic / Tas Blues music awards. ‘Little Minds’ will be in Digital Stores on the 15th of December. FACEBOOK.

'Little Minds' is a skillfully developed song where musical craftsmanship is given additional edge with Scott Graham's naturally pleasing vocals. Roots pop it says above, that for me pretty much nails it. 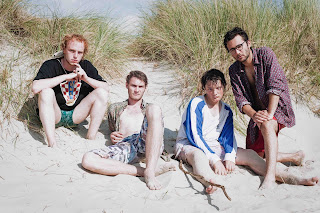 Canshaker Pi - Pressure From Above.

Background - On releasing their new single, ‘Pressure From Above’, Amsterdam quartet Canshaker Pi propel themselves into the sounds of legends before them. Along with the release of the new single on November 3rd via RIP Records, they are set to begin a UK tour, including dates supporting The Cribs in London, Manchester, Glasgow, and Leeds.

Canshaker Pi quickly became Holland’s buzziest band after releasing their self titled debut-album last year. The record, produced by Pavement’s Stephen Malkmus, led them to play every major festival in The Netherlands and led to their first European tour. Alongside Pavement’s Scott Kannberg (Spiral Stairs) the band toured 15 countries and played 27 shows this fall.

The single is part of the ‘RIP Introduces’ Series and will be released on 12" in December. The series started in January and has already discovered some great new talent including Hotel Lux, Dama Scout & Water From Your Eyes.

"We made this video with our dear friend Hache on a rainy Saturday night in Amsterdam. The green screen gives the video a surreal element - that fits the song perfectly.” - says Willem Smit, singer and guitarist in Canshaker Pi, on the new video. FACEBOOK.

This is one of those catchy rockers that refuses to sit in any one genre or style. 'Pressure From Above' is slacker rock one moment, a little electro occasionally and full on feisty rock the next, whatever, it's consistently good. 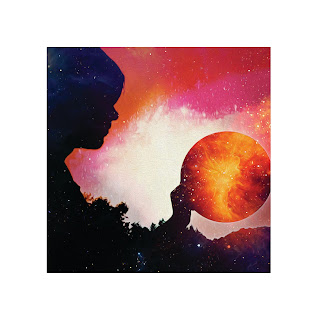 The Foreign Films - The Record Collector - Side 1.

Background from The Foreign Films - As an artist I set forth to create my own musical universe. After years of writing, playing and recording I've finally completed a lifelong dream; a triple vinyl concept LP.

It's a musical time machine, interwoven with psychedelic mythology; it's the technicolor soundtrack to my life; simultaneously an imaginary fable. From the sparkling rivers of youth to the deep sea of a lifetime, I wanted to present a multidimensional musical adventure and I think I’ve done that. It’s up to you, you can skim the surface or dive for pearls if you choose.

The songs on "Side 1" musically echo and reimagine the vintage records, cassettes and radio of my childhood; like a well loved mixed tape through a modern prism. A song such as Junior Astronomer's Club is a homage to classic psych-pop and literature, about the search for pure magic and love in a tragic world. From blissful daydreams of sea-side carnivals to sunsets of bittersweet sorrow; the songs on "Side 1" are the first steps through the looking glass, the beginning of a great adventure. The Triple vinyl comes out in March 23rd 2018 - PRE-ORDER, FACEBOOK.

Come and dive into 'The Record Collector - Side 1' and enjoy all six tracks. This is a generous share ahead of the triple vinyl release scheduled for next March. It is also clearly a labour of love and a high calibre collection of songs. With a variety of styles, concept certainly doesn't mean repetitiveness, and although Side 1 may be looking back, it's fresh and modern production is notable! 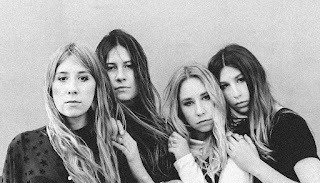 Background - Australian psych band Stonefield -- made up of sisters Amy, Hannah, Sarah, and Holly Findlay -- have announced their signing to Flightless Records (King Gizzard & The Lizard Wizard, The Babe Rainbow.) Their first release for Flightless is new single "Delusion," which comes as a follow-up to their sophomore LP, As Above, So Below.

"Delusion" marks a shift from the hardened psych-pop of the band's earlier records towards a more prog and metal-leaning sound, with heavy waves of operatic synth and tubular bells ringing below guitars and sinister mellotron lines. Inspired by the "overwhelming feeling of knowing you are a speck in the universe, getting lost in your own mind," the song finds Stonefield venturing away from classic song structure in favor of creating more of a hypnotic journey. "Delusion" premiered on triple j's Drive.

Stonefield have been rendering their powerful mosaic of proto-psych since they were only as tall as the smallest of the strange stone formations that surround their hometown of Victoria, Australia. For over a decade, the Findlay sisters have seemingly existed within their own stellar nebula; unaffected by fleeting modern musical trends, their sound is an homage to the prog, metal and psych powerhouses of the '70s whilst remaining completely their own. As Above, So Below laid a Sabbath-strata from which they’ve launched a legion of dedicated followers and attracted bookings for festival dates and tours with everyone from Meat Puppets to Fleetwood Mac.

Stonefield will kick off 2018 with select shows in Sydney and Melbourne before heading to the US for a residency at LA's Bootleg Theater and a performance at Austin's Levitation. FACEBOOK.

'Delusion' blasts into life as a full on rock & roll song oozing power and passion. The vocals are everything a rocker needs to maintain the momentum that this song packs, and the easing off just over half way through, seemingly upgrades the piece even further.