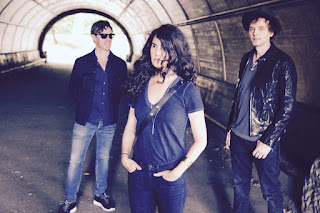 Background - Frode Unneland, Lauren Savoy and Pål Waaktaar-Savoy (the main songwriter and guitarist in A-ha) debuted as Savoy in 1996 with the album ‘Mary Is Coming’, and followed it with ‘Lackluster Me’ (1997), ‘Mountains Of Time’ (1999), ‘Reasons To Stay Indoors’ (2001), ’Savoy’ (2004), plus the 2007 compilation album ’Savoy Songbook Vol 1’. They have won two Norwegian Grammy Awards along the way, while their best known song, ‘Velvet’, was covered by A-ha on their 2000 album ‘Minor Earth, Major Sky’.

The group are finally preparing to release their long-awaited sixth studio album, their first in 13 years.’See The Beauty In Your Drab Hometown’ has been described by Pål as “one of the least demanding albums to make as the songs found their shape much faster than before.” Some of the recording sessions took place in Clubhouse Studios in Rhinebeck, New York (close to Woodstock), where the drums and various overdubs were laid down.

Unlike A-ha, Savoy historically has had a down to earth indie rock approach to its music, although the new album does contain more programming than ever before. All of the group’s songs are composed by Pål and his wife Lauren, who is a film maker by profession, while Frode Unneland is recognised as one of the best drummers on the Bergen, Norway scene. He has also played with Sondre Lerche.

The group have achieved great critical success in their home territory and have actually been nominated for 3 Norwegian Grammy Awards. Aside from ‘Velvet’, other well known songs by the band include ‘Rain’, ’Star’, ‘Grind You Down’, ‘If You Won’t Come To The Party’ and ‘Whalebone’ (from the soundtrack of the acclaimed Norwegian film ‘Hawaii Oslo’). The last of these cleverly recycles lyrics from A-ha’s 1993 song ‘Locust’.

When asked if he had to choose between A-ha and Savoy, Pål replies : “You’re trying to get me into trouble here! I really just look upon it as different paths to release music that I’m passionate about. I feel the same about the album I made with [US singer] Zoe Gnecco last year. It’s funny - once you start thinking about an album, no matter what the band is, that’s when the songs start to appear."  FACEBOOK.

Savoy might be a well established act, entering into their third decade and on the cusp of releasing their sixth album, but they are new to me (holds head down in shame and awaits ridicule). So my feeble excuse is that it was thirteen years ago the bands last original album appeared, and lets move swiftly on to say that 'January Thaw' is one pretty addictive indie rocker, where the dual vocals are seductive and the hooks are many! 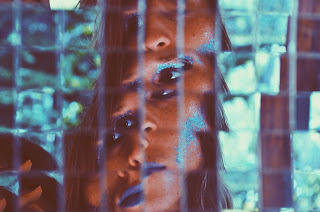 Gyasi - All Messed Up.

Background - "'All Messed Up' was musically a return to the very first song I ever wrote when I was 6 years old. Same two chords. The lyrics were about some of characters I had met while on the road with another band...At one of the cities on the tour, I think it was Atlanta, we spent the night with this group of rock n rollers that had this beautiful rebellion about them. I found it very inspiring. There was a sexual freedom and gender fluidity about them that felt truly empowering to me. These were outsiders and free thinkers who were incredibly powerful in their individuality. We had several wild nights staying up and challenging each other’s boundaries, talking about philosophy, poetry, life." - GYASI on "All Messed Up"

​In the wild woods of West Virginia, in an isolated hollow, a young boy thought he was a peacock. When he realized, much to his dismay, that he was not a peacock, he picked up a guitar. From then on the sounds of him loudly playing along to the Rolling Stones and Jimi Hendrix could be heard echoing through the hollow. ​

Placed between roaming peacocks, a family of Russian intellectual revolutionaries, and two parents dedicated to living off the land, Gyasi was brought up in an environment that could only be described as unique. It was an isolated world, where life felt more like the 60s than the 90s​.​ Between his father’s early blues 78 collection and the Velvet Underground and T. Rex records of the Russian family next door, his musical education was rich. The world is sorely lacking in rock stars. GYASI is a rock star. FACEBOOK.

It is just over a month that Gyasi first entered Beehive Candy's world & we commented then of the music " it's a kaleidoscope of charismatic vocals and a feisty alt rock soundtrack." The new song 'All Messed Up' is another feast of energised Glam Rock and by Glam Rock I think it fair to say in the timeless form of the genre. 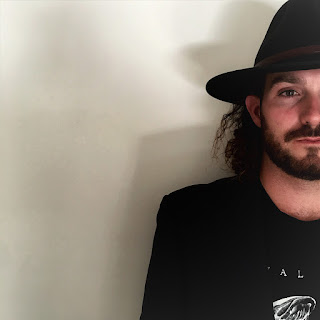 Background - Pink Tea is a project from local Brisbane bloke Tom Murphy. In his mid 20’s with a lot of stories of past experiences to tell in the form of rock music, he uses a blend of ambient acoustic guitar mixed with sharp distorted electric, to tell tales of heartache and mental strains. After the debut single ‘Send Me A Letter’ (released in 2016) picked up plenty of positive feedback from local radio stations around Australia (4ZZZ, Radio Port Douglas), Pink Tea has been working harder than ever for the follow up - honing in on a new skill set through live performances, musical production and arrangements in song writing.

The self titled Pink Tea EP is a powerful insight into growing up and reaching the final stages of maturing as a man and realising just how little you know. Each song has a common theme, terrible mistakes mixed with the revelations and positivity that comes with losing and finding close relationships. It is made especially clear in the the lead single smoko and Social Graces & Melted Faces that mental health and healthy relationships are an extremely important focal point. smoko is a fast paced indie rock song with strong acoustic and electric rhythm guitars that bounce along to a 70’s inspired bass line. Of the EP as a whole - all together each song has a deeply embedded meaning of self-realisation and growth.

It’s been a revealing, tough road to get to where Pink Tea is now. Beginning song writing back in 2014 in a basic as can be home ‘studio’ with no real goal or true understanding of music and how to use it, the ultimate potential of Pink Tea is only now starting to reveal itself.

The self titled Pink Tea EP was recorded entirely at Pink Tea’s home studio in Brisbane and has taken almost 6 months to bring together the perfect mix of songs. The EP showcases hard hitting rhythm guitars blended with soothing bass tones, dreamy synths mixed in with high flying lead guitar licks and powerful lyrics with a message. FACEBOOK.

The featured song 'smoko' suggests the new self titled EP from Pink Tea is more than worth a cursory listen. The track is described as Indie on Soundcloud, I would say it's engaging, musically sophisticated and Tom Murphy's vocals are infectious.