The Golden Age of TV - Juanita Stein - L.A.D - The Dazies 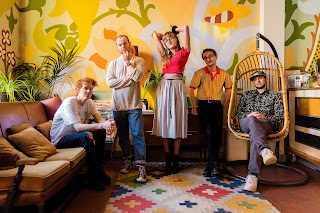 The Golden Age of TV - Beast.

Background - Leeds’ art-rock 5-piece The Golden Age of TV make their first move of 2018, unveiling the smart and addictive Beast, a rhythmic stomper, destined for the luminous dancefloors of indie-discos of the future.

"It’s telling a story from my childhood, during that cross-over period when I had to be more independent. It was little things; facing my fear of the dark or going to the toilet on my own without my mum standing outside the door. The change and stress manifested into dreaming and imagining a monster coming after me. I'd see it everywhere I went. It sounds a bit trippy. But I guess growing up is?"

The quintet have had a busy start to their career since forming just over a year ago. With only two tracks released, Dust and Between Each Brick, they grabbed the ear of BBC Radio 1 new music doyen Huw Stephens, as well as airplay from 6 Music and Amazing Radio.

The live side too has seen exciting opportunities for the group. Last summer, they sub-headlined the BBC Introducing Stage at Reading and Leeds festivals, as well as also taking in exciting support slots with Fickle Friends, Toothless and Alex Cameron. They were also able to strut their stuff with coveted slots at some of the UK’s premiere new music festivals, Live at Leeds and Liverpool Sound City. FACEBOOK.

'Beast' opens with a rhythmic synth driven beat and gradually moves into a more flowing song where the vocals are melodic and pleasing. The layers of sound intensify and the power really does build on this very engaging song. 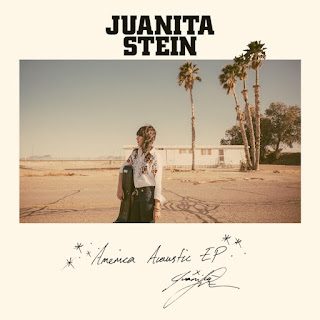 Background - Juanita Stein will release the America Acoustic EP on 16th February 2018. The Howling Bells frontwoman turned solo artist, who released her America album (Nude Records) last July, recorded the EP at home in Brighton in between recent tour dates with The Killers and her own solo shows.

Says Stein: “I had been asked to record some acoustic tracks for a radio station in the US and it occurred to me whilst doing so just how intimate and special these recordings could be. Ultimately, that’s how all my songs are born: just my self and a guitar usually in my bedroom. So it feels like a deeply honest representation of the music, without any outside interference at all. I wanted them to remain sparse, just a few harmonies and layering. It’s an exercise in itself, leaving the songs bare as bones. A lot of my favourite music tends to be all encompassing or artfully restrained. I wanted this to be just so.”

Made up of the acoustic versions of songs from her acclaimed debut solo album, along with Stein’s cover of Johnny Cash’s A Thing Called Love, a song she often performs at her live shows.

Juanita Stein will rejoin The Killers for a string of European dates this February and March, before joining Bryan Ferry for his extensive spring tour, which starts in Cardiff on 9th April and concludes with shows at London’s Palladium (1 May) and Eventim Apollo (3 May).  She has also just been announced for her festival show this year as part of the bill for Black Deer, joining artists including Iron & Wine, Passenger and Jason Isbell at this celebration of Americana and Country music in its debut year, as well as appearing at SxSW in Austin, Texas in March. WEBSITE, FACEBOOK.

We featured Juanita Stein a couple of times last summer including the original version of 'I'll Cry'. The acoustic version gives the song a more personal and intimate feel, it also allows Juanita's gorgeous vocals to really stand out. 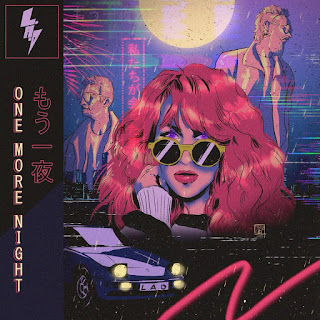 Background - L.A.D are a synth funk trio from Reading, England with a shared love of 80s nostalgia. Multi instrumentalists Jack and Luke, having spent years accumulating vintage synths, guitars and drum machines, have teamed up with ginger bombshell Natalie to update the music they love. After spending the last six months making all kinds of noises in the studio, the debut album is on its way.

They make truly epic Top Of The Pops style classics reminiscent of Madonna at her very pinnacle circa ‘Holiday / Get Into The Groove’ when she had Nile Rodgers bringing that Chic style heat to the mixing desk and consequentially tearing off the roof at every club the world over, however there is still a freshness that UK RnB artists like Kelela and Ray BLK are bringing to the clubs owing much to this sound that is present here too.

Their second single ‘One More Night’ which follows the acclaimed ‘Dance Floor’ which garnered love from the likes of Earmilk, Amazing Radio and Fame Magazine, strikes a slightly different chord. Think of a lonely hearts column in dystopian 80's future. A future where Synth wave rules and the classic power ballad never left our radios. A very emotive subject matter. What apparently didn't matter on the "Dance floor" does in the bed room. FACEBOOK.

Retro in some respects ‘One More Night’ benefits by modern production techniques, that add a deeper arrangement and superior sound quality, compared to the golden days of 80's synth pop music. More to the point, it's also a very catchy song! 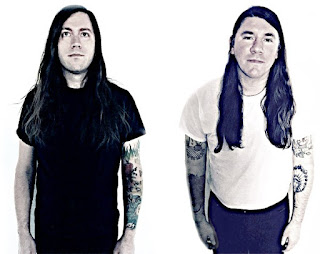 Background - After hitting the road in support of the "Seen a Ghost" split at the close of 2017, The Dazies have entered 2018 with a few more shows under their belt and on their schedule before they rest their weary DIY heads and start the creative process all over again. Before that the group brings you their video single for the track "Misery" - featured on the "Seen a Ghost" split. The "Misery" video was directed by: Richard TK Hawke, Michael Elliott Dennis, and M. Holland.

Recorded at Love Magnet in Roxbury, Ma and The Dazies home studio Cat Castle in Somerville. The ‘Seen A Ghost’ split is a true labor of love. Holland wrote/recorded the songs in a particularly reflective state of mind. The weight of wainig friendships and the disastrous political climate lead to songs like ‘Suffocate in the U.S.A’ and his hometown nod to Lawrence, Ma ‘Pawn Shop Guitars’. ‘Seen A Ghost’ was originally conceived as a solo release but the chemistry and friendship between Holland and Schneider had really blossomed in the last few years and Holland wanted to continue their recording streak. After six months of mixing/re-recording at their studio.

The Dazies finished what Holland thinks is his most well crafted songs along with his favorite lyrics that once again come across as diary-esq. The Dazies plan to tour well into the new year and couldn’t be more excited about finally having vinyl with their name on it. ‘Seen a Ghost’ comes from two real rock ‘n’ roll loving vinyl junkies. They’re hoping folks catch on! BANDCAMP.

Not to be confused with the wonderful Madness song of the same name, The Dazies 'Misery' is musically, a vibrant rocker with chunky riffs, accompanied by vocals that are passionate and pleasing. The video adds to the track in it's own off the wall manner, The Dazies meanwhile breathe some new life into rock & roll.