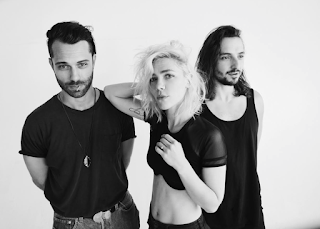 Background - Fresh off their reunion tour and currently on the road with Walk the Moon, indie group Company of Thieves hare their new song, "Window". "Window" is the second release from their forthcoming EP,  Better Together, due February 23rd.

"Great friends can see something in us that we can’t yet see in ourselves- the ability to make it through, the light at the end of the tunnel. This song is about seeing the best in each other and ourselves, finding windows where there were once only walls" says front woman Genevieve Schatz of their new song, "Window".

10 years proceeding the release of their self released album, Ordinary Riches, Company of Thieves made their comeback in the summer of 2017 with "Treasure".

It was fate that brought two rebellious teenagers together on the train platform at Union Station in Chicago over a decade ago, as Company of Thieves’ founding members, Genevieve Schatz and Marc Walloch sat across from one another and became fast friends over a conversation about The Beatles. With two records, countless headlining tours, a late night television appearance, a charting alternative radio single “Oscar Wilde” and a dream-come-true music biz discovery story under their belt, it seems that fate that has brought the cult band back from hiatus. FACEBOOK.

'Window' is a fine rocker that mixes melodic moments with some more feisty rock & roll, the passion thrives throughout, as do the hooks. 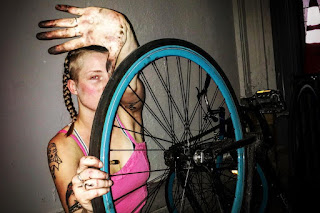 Erin Pellnat - Do It For Dinero.

Background -  "Do it for Dinero," from Erin Pellnat is a new song that has elements of Americana, ragtime, and samba.

But ultimately, the song is about the voice and the story she's tellin.

The photo is relevant as Erin tells us "I bike to work every day from Brooklyn (where I live) to Manhattan (where I work) - 15 miles a day round-trip!  You might say I "Do it for Dinero". BANDCAMP.

Our third solo feature for Erin Pellnat, an artist that consistently comes up with highly engaging and imaginative music. 'Do It For Dinero' see her taking yet another musical route, mixing genres with ease and once again her vocals add so much more vitality to the song. 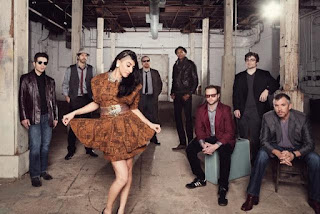 Ruby Velle & The Soulphonics - Call Out My Name.

Background - Atlanta's Ruby Velle and the Soulphonics are the heirs to the throne of the old schools masters.  But they are much more than just a group of revivalists trying to create a period piece.  Powerhouse singer Velle and her band will settle for nothing less than bringing these classic sounds glimmering into the now with a fresh, new contemporary sheen.

It's this inviting and accessible bravado that has scored the band critical acclaim from outlets such as The New York Daily News, MTV, Paste, and more. In addition to there critical success, at a time when record sales are at an all time industry low, the completely independent, DIY minded Velle and the Soulphonics sold a quarter-million downloads of their single on iTunes, landing them in the top 30 on Billboard's Heatseeker charts and at a stunning #4 on the iTunes R&B charts.

The group has shared bills with Erykah Badu, the XX, Gary Clark Jr., Animal Collective, Feist, and Kendrick Lamar among others. After an explosive set opening for The Temptations, the band looks towards the release of their new single "Call Out My Name" in winter 2018. WEBSITE, FACEBOOK.

Old school, classic sounding, and plenty of other labels might be applied to 'Call Out My Name', none of which is that important when the music is as gorgeous as this. The production is modern ensuring every part of the arrangement has it's rightful place and the vocals just do the rest, fabulous! 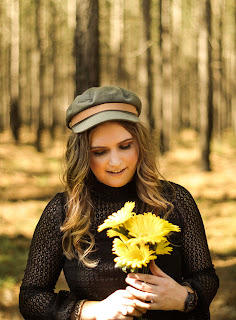 Karrie Hayward - Going To The Grave.

Background - When you blend the rich, soulful vocal tones with the vibrant, percussive timbre of a guitar, you get Karrie Hayward - a pop infused, indie-edge, kaleidoscope of melodic colours. Going To The Grave is a facetious, tongue-in-cheek song written about the emotional recovery that occurs at the ending of a relationship. The track unravels through a driving percussion line; a guitar riff conversing with an impelling bamboo groove and the build of gated vocals to layers of dense harmonies.

Growing up in the tropical environment of the Whitsunday’s, this songstress spontaneously decided to find the ultimate ratio of adventure and music by moving further down the coast. Karrie travelled solo, playing shows all the way from Mackay to Byron Bay collecting inspiration all around.

After settling down into the hustle and bustle of Brisbane, Karrie set foot in a Gold Coast studio, (Blind Boy Studios) to record some tracks with producer, engineer and session musician, Brad Hosking. This is where the latest single; Going To The Grave was bought to life.

Since the previous release, Gypsies, which landed in the Top 10 on the ITunes Singer-Songwriter chart, Number 3 on the Triple J Unearthed Pop Chart and Number 6 on the overall Triple J Unearthed charts, Karrie has toured along the east coast playing shows all around from Townsville to the Central Coast. With more national touring in sight for 2018, Karrie experiments with the creativity of song craft to define her own unique sound. ‘Going to the Grave’ will be in Digital Stores on the 16th of February. WEBSITE, FACEBOOK.

Modern pop can still be very creative and pleasing, case in point being 'Going To The Grave'. Uncomplicated, fresh, and alive with hooks, Karrie's soulful vocals are resplendent and the urge to play it again sets in well before the end. 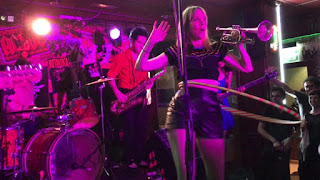 The band has recorded two live sessions on London's only Arts Radio Station -Resonance FM. Live shows they have played include many events/festivals all over UK such as Field Day, Trip Out, Offset, Hop Farm, Hipsville, Franklin Fest and Farm Festival. They have also performed shows for festivals & events in Europe including Spain's Bule Bule, Fuzz in the City, Munster Raving Loony Party, & Fuzzville Festivals & tours in Germany, Netherlands, Belgium, France, Portugal & Spain. The band have supported other acts such as Fat White Family, Public Service Broadcasting, King Khan & the Shrines (US), Andrew Weatherall, The Pandoras (US), Kinoco Hotel (Japan) & shows at the Danny Boyle curated Shuffle Film Festivals. FACEBOOK.

'So Long Sucker' is one spectacular and potent bout of pure freak-a-billy to use the bands definition. Rock & Roll with edge, drama and fun all combined together and delivered with character and energy. 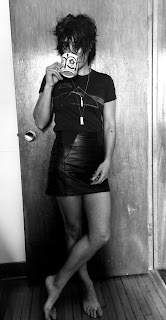 Danielle Duval - Whenever You Want It.

Background from Danielle Duval - Super stoked to share “Whenever You Want It” – the lead single and video off my sophomore album, Lose It, which dropped on January 26th. It’s a song about no fear; being open, ready, and up for anything. The quest to find, cash in, and go for what or who you’re after. It’s a song about the recognition of love when it comes, and to go for it no holds barred, no reservations, no apologies.

Sam Roberts, Toronto’s “Synth Twins” Matt & Mark Thibedeau, and Zeus’ Carlin Nicholson & Mike O’Brien all lent their talent to help make this record what it is.

I co-produced Lose It with the inimitable Gus Van Go & Werner F, who have worked with the likes of Arkells, Whitehorse, and Wintersleep. The three of us shared the same vision – taking influence from the effortlessly cool swagger of LCD Soundsystem and Joan Jett, and mixing it with the sound of new wave classics like Blondie and The Cars. WEBSITE, FACEBOOK.

'Whenever You Want It' is a rhythmic rocker, where the guitars and vocals both vie for and grab our attention, all with just a little attitude and a catchy feel.