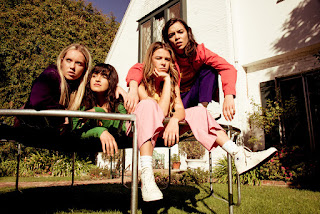 Background -  Utah quartet The Aces are excited to announce the release of their much anticipated debut album, When My Heart Felt Volcanic on April 6th. Serving as a follow up to 2017’s critically acclaimed I Don’t Like Being Honest EP, the album is a collection of songs that exhibits confidence and polish that bellies their young years. Today fans can pre-order the album and receive an instant download of the track ‘Volcanic Love.’

‘When My Heart Felt Volcanic is so special to us, a collection of songs about our experiences over the past three years growing up and transitioning from adolescence to adulthood. We can’t wait for our fans to get to know us through them,’ says The Aces.

In celebration of the release of When My Heart Felt Volcanic The Aces are currently on the road with COIN for a full US tour wrapping up on March 17th. After a very short break, The Aces will hop across the pond for a run of headline dates throughout the UK and Europe. A full list of dates can be found below. WEBSITE, FACEBOOK.

'Volcanic Love' is a melodic indie rocker, that has energy, passion and plenty of emotion. My first listen to the band, this is impressive, and word has it, that this is a band worth catching live. 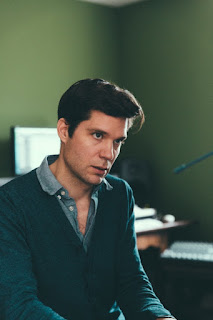 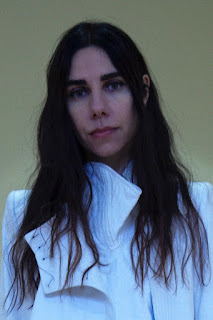 Background - British composer Harry Escott and artist PJ Harvey have collaborated on An Acre of Land, a new recording that is the theme to Dark River, the latest film by Director Clio Barnard. The entire film is also scored by Escott, who says: ‘recording PJ Harvey’s vocal on “An Acre of Land”, a song we arranged together for Dark River, was a spine-tingling experience.’

An Acre of Land was released on Friday, via independent label Cognitive Shift Recordings - a collaborative label between One Little Indian Records and Manners McDade Publishing.

PJ Harvey is an English composer and artist, the recipient of both the 2001 and 2011 Mercury Prizes, as well as a 2013 MBE for services to music. She has contributed original music to the soundtrack for Mark Cousins’ film, ‘What’s This Film Called Love?’, BBC television series ‘Peaky Blinders’ starring Cillian Murphy, and BBC Radio 4 Drama productions Eurydice and Orpheus by Simon Armitage and Orpheus and Eurydice by Linda Marshall Griffiths, and Nadia Molinari’s On Kosovo Field.

Theatre score collaborations with director Ian Rickson include, The Goat, or Who is Sylvia? (Theatre Royal Haymarket, London), The Nest (Young Vic, London), and Electra (Old Vic, London), Harvey’s latest album The Hope Six Demolition Project, reached #1 in the UK charts and was nominated for a Grammy.

Harry Escott first came to prominence in 2005 with his score to the influential psychological horror film Hard Candy, directed by David Slade. Since then, Harry has worked with such stellar directorial talents as Eran Creevy on both Shifty and Welcome To The Punch; Michael Winterbottom on A Mighty Heart, The Road To Guantanamo, and Face Of An Angel; Clio Barnard on the multi award-winning The Arbor; and The Selfish Giant, a contemporary adaptation of Oscar Wilde’s short story; as well as Nick Broomfield on Ghosts; and perhaps most prominently, on Steve McQueen’s seminal debut film Shame.

Escott describes Dark River as ‘a film that leaves me wanting to take more care of those around me, which is a good thing for a film to leave you with!’ LABEL.

OK I am a massive fan of PJ Harvey's music, an artist that just seems to keep improving and impressing even more, as time goes by. With Harry Escott the pair have created a fabulous song, 'An Acre Of Land' exudes emotion and drama, Polly's vocals are beautiful, and the musical arrangement gentle, layered and a perfect match. 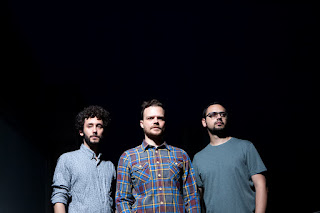 A six-year period in which they were not idle, but constantly experimented with their sound at Polytropon studio in Thessaloniki, where the band was born and matured. Having rejected much of the material they recorded during this time, they decided to create a record based on the older sounds that brought them together 15 years ago and made them play music in the first place.

After the opening track "Everything Descends", a sample of MfS's previous experiments with synths and psychedelic sound, the nine tracks that follow musically they express the richness of simplicity and raw sound and at the same time lyrically the fragility of human nature and introversion.

Remaining always honest with their audience, MfS present Wealth, an energy-packed album that they will enjoy playing live and that justifies the characterisation power trio group, which was attributed to them from their very first concert in September 2003 and has been following them since. Mary's flower Superhead are Elias Smilios (vocals, guitar), Thanos Kazantzis (drums) and Nick Dimakidis (synths, bass). WEBSITE, FACEBOOK.

As post punk bands go 'The Fall' suggests the band are ready and able to expand their sound. Smooth understated vocals and a restrained rock arrangement gives the band some room for melody and hooks of which there are plenty. 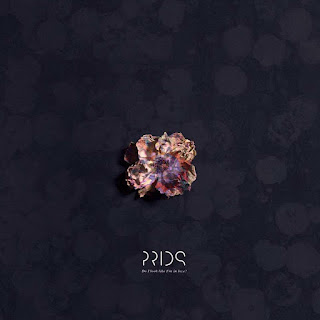 Background - Portland, OR-based, noise pop band, The Prids, share their new video for "Lie Here" off their recently released record. PunkNews exclusively premiered the video, praising it, stating, "In the video for "Lie Here" the band takes a massive, shoegaze base and applies the synth-trappings along the lines of early Cure and Joy Division tunes." Their new LP, Do I Look Like I'm In Love? is out now via This-a-Way Records. The album was recorded and co-produced by Sean Flora (The Shins, The Black Keys, Stephen Malkmus & The Jicks) at Rock 'n' Roll B&B on Sauvie Island, 15 miles north of Portland.

Having spearheaded the Pacific Northwest DIY scene, bassist and vocalist Mistina La Fave, vocalist and guitarist David Frederickson, drummer Gordon Nickel and keyboardist and bassist Tim Yates, The Prids's career has spanned over 20 years. The band has toured alongside Built to Spill, among other notable acts, and Henry Rollins is a long time fan. Having faced a life altering brain hemorrhage in Spring 2015, La Fave and the rest of the band are set to pick up where they left off with this forthcoming release. The album is out on the band's own DIY label, This-a-Way Records, which has been instrumental in the band's culture for the past 20 years.

Do I Look Like I’m In Love? illustrates the Portland dark pop band’s mettle through keen lyrical observations, but also in its attention to sonic detail and song craft—this record couldn’t have been made by any other band at any other time. “Do I Look Like I’m In Love?” and “The Shape” both swirl and build like dreams filled with grey skies and the flickering faces of past friends and lovers. These songs nudge up against the air-brushed punk of “Lie Here” and the bass-driven “Colliding,” which recalls the dazed jangle of early R.E.M. More than two decades in, The Prids have made the best and most cohesive album of their career. FACEBOOK.

The Prids have consistently impressed me and the song 'Lie Here' and the accompanying video ensures that trend continues. It's another gorgeous noise pop song where the energy and pace is notable and the catchy musical nature of the band is ever present. 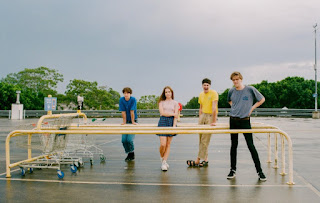 Background - Without dipping a toe in trepidation, but rather jumping headfirst into the deep end, Flowertruck splash around in the nostalgic, technicolour, sonic joy in single 'Enough For Now' alongside the announcement of their debut LP Mostly Sunny, and an April headline tour.

Known for their upbeat melodies decorated with hooky guitar runs and vocalist Charles Rushforth's quintessential Aussie twang, new single 'Enough For Now' is everything fans have come to love from Sydney's Inner West sweethearts. The single is a a sun drenched, summer slow burner - swirling synth and melancholy lyrics are complimented perfectly by fuzzy, early 90's inspired visuals. Showcasing an array of inconveniences only mild enough to induce an eye roll (burning the toast, a broken thong and rickety chairs) the four piece tackle the everyday annoyances with charm and ingenuity, like a team of super heroes in socks and sandals.

A linear continuation from their EP, and born of living in each other's pockets, Hamish Dobinson (Guitar) explains the new record Mostly Sunny as "kind of our coming of age as a band and signals a new era in Flowertruck. Our EP was our adolescence not only as a band but also as musicians. Flowertruck's debut LP Mostly Sunny out on Spunk Records on Friday March 16. Album PRE-ORDER, FACEBOOK.

The video is smile inducing and musically 'Enough For Now' is one lovable festival are melodic hooks, wonderful vocals, that collectively should brighten up any ones day.