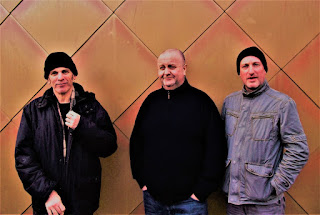 Background - With a moniker taken from a vaporising device featured in the 1970's sci-fi novel 'A Whirlpool Of Stars, UK punk-rock trio 'Tonota 80' transmit news that their new album 'Killer Sands And Beating Hearts' will be released via UK/US label Engineer Records on 23rd March 2018.

Despite the band being firmly routed in old school British punk reverie, the 3 piece bring in subtle influences from an myriad of genres. Citing the likes of Husker Du, Dinosaur Jr, Swervedriver and Radio Birdman as some of their most influential peers - Tonota 80 are encased with a penchant for brash guitar riffs, colossal melodic hooks and 60's inspired vocal harmonies.

Their self-released debut 'Jonesing For Chips' brought much welcomed support from revered BBC 6 Music taste-maker Steve Lamacq and captured them many fans of underground British rock music. After time spent out to write and produce new material, the punk fuelled anthems of Tonota 80 caught the attention of Engineer Records who shall deliver the digital/CD release of the bands latest creations. FACEBOOK, TWITTER.

'Could Do Better' is a blistering two and a half minutes of classic punk. The track is packed full of hooks largely due to a few subtle chord changes, and when you add in the attitude fuelled vocals, the song really gains traction. 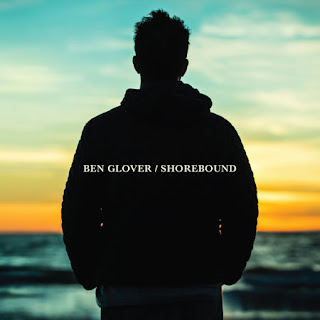 Background - Born and raised in Glenarm, Northern Ireland, Nashville based Ben Glover has been hailed by journalists around the world as one of Northern Ireland’s finest exports. A compelling songwriter, who was awarded International Song of the Year at the 2016 UK Americana Awards with Gretchen Peters for their co-written song “Blackbirds,” a song which appears on Glover’s album Atlantic and serves as the title track to Peters’ 2015 solo album, his impending studio album, Shorebound, sees him evolve even further as an artist and collaborator.

The newfound sounds and shapes that comprise Shorebound mark a moment in Glover's musical history — a moment that nods to the past decade of his artistry even while pivoting into the next era. “I’m a believer in cycles, and 2018 will mark ten years since I released my first album,” Glover says, “so it feels very much that this album is a major turning point in a cycle. Shorebound is an acknowledgment of where I am and a celebration of the people who I’ve gotten here with.”

A truly personal collection, Glover is a storyteller who can offer intrigue and insight, while his listeners lose themselves in his rich vocal. Heading up the album is the Kim Richey collaboration, Ride The River.

“Ride The River” is the story of two lovers conspiring to get free together, dreaming and planning their great escape from the commitments of the world. When writing the song Kim Richey and I wanted to use the sense and symbols of time to show just how far these characters would go in their pursuit of being together. No matter what elements and obstacles stood before them they were moving through it all with complete devotion to one another." WEBSITE, FACEBOOK.

Ben Glover's rich and distinctive vocals and the gorgeous harmonies from Kim Richey make 'Ride The River' a majestic song. The musical arrangement is refined and beautifully constructed making this one very special and enticing track. 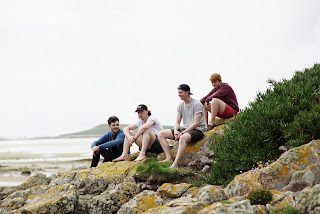 Background - ‘Farewell To Atlantis’ encapsulates the reckless energy of Ennor’s West Cornwall roots to make for three minutes of folk-rock perfection. Sun-drenched melodies, sprightly rhythms, and open road lyricism peg it as the sort of performance that could only hail from the UK’s surfer heartland. It’s both a homecoming story and a bittersweet meditation on change and the passing of time. Frontman Tom Elliott wraps his lyrics in a heartfelt melodic sensibility that recalls the arena-baiting energy of The Gaslight Anthem as the group meander effortlessly through infectious verses, sing-along choruses and a raucously rising middle eight.

The careful balance of driving rock instrumentation and folk lyricism is one ENNOR strike with aplomb. The group headed back to Elliott’s hometown of Penzance to shoot the video for the track with director John Freddy Jones, set in an old outhouse overlooking the Atlantic which the singer spent much of his youth writing in.

With their musical and emotional roots embedded in the far corners of Cornwall, Ennor write songs that have a palpable sense of openness and raw emotion. It’s the culmination both of their journeys across the UK and a nostalgic longing for the Cornish sea. By turns both folk and rock, the four-piece’s infectious sound has garnered attention from London to Penzance, as well as the acclaim of BBC Introducing. The poeticism and sincerity of frontman Tom Elliott is propped by the blistering work of the rhythm section. Adam Williams’s driving drums and the dexterous string work of guitarist Jack Rennie and bassist James Creed has earned their sound a new moniker: ‘Californwall’ - a fitting epithet to describe the perennial summer in their songwriting.

Drawing influence from the likes of Frank Turner, The Gaslight Anthem and Ben Howard, Ennor spent the summer of 2017 touring their sunshine sounds across the UK to the like of Ronnie Scotts, The Eden Project and Boardmasters, before heading into the studio to record new works ready for 2018 and the turn of the seasons. FACEBOOK, TWITTER.

Lively, natural and pleasing 'Farewell To Atlantis' is a marvellous mixture of upbeat rock tinged with some delicious folk sensibilities. West Cornwall is a fabulous place for a holiday (despite the unpredictable Atlantic weather), I'm guessing from this at least some the locals know that it sure beats city life.