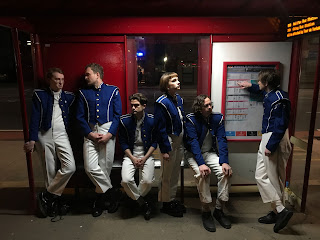 Background - The six-piece Leeds-based Team Picture have just shared the video for their ltd. edition 7" single 'EVE' - released on Come Play With Me. 'EVE' is a re-working of a track by fellow Leeds trio, Laminate Pet Animal. Recorded and released initially under the band’s alias, ‘Group Photograph’ for West Yorkshire-based label, Come Play With Me, the new video arrives hot off the back of their recent 6 Music-supported mini-album, ‘Recital’, and just ahead of a headline at Camden Assembly Hall on July 27, 2018 for Come Play With Me/War Child.

“We chose to mangle 'Eve' after sharing one side of a 7" with Laminate Pet Animal's original, excellent, version of the song,” says Team Picture frontman, Josh. “We didn't bother trying to recreate the original because we knew we had nowhere near enough bloopy and bleepy machinery, so we came at it as a re-imagining of the source material.”

Speaking about the video for ‘EVE’, visual artist and director of the clip, Theresa Steinmetz says: “The video references the important topic of mental illness using the routines of three women as the narrative. I worked with light, contrast and tempo in the footage to emphasise mood changes and frustrations. I wanted to bring up, and contribute to the conversation of depression, as it is a topic that’s often forgotten.”

On June 1, 2018, Team Picture released their acclaimed Matt Peel-produced (Menace Beach, Eagulls) debut mini-album, 'Recital' - the band supported the release with a debut headline tour, ticking off a date at Leeds' Brudenell Social Club, and further dates at The Great Escape, Liverpool Sound City,  and Hit The North. Since forming in 2016, the group have earned praise at Radio 1, Radio X, and 6 Music, alongside ticking off support slots with the likes of Parquet Courts, Psychic Ills, The Orielles, Wire, and Ulrika Spacek. We’ll have more new music and live dates from Team Picture to come later in 2018. WEBSITE.

Following on from the song '(I Want Your) Life Hack' which we shared last month and described as  "a creative song where power and eccentricity come together" we now have 'EVE' a piece that differs considerably. There is something of a core band sound that is present, however the tone is a little more sombre, but again intriguing and hypnotically attractive. 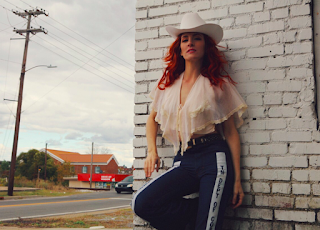 Background - Florida-bred Nashville-based alt-country songcrafter Edan Archer has unleashed a brand new tune--a carefree Tom Petty-esque ode to being liberated from others' ideas and assumptions about ourselves. The song shines a bright rock n' roll spotlight on the absurdity of people trying to change each other. "Basically, this car ain't changing directions," explains Archer. "So, you can either stand back or get in."

“The sentiment behind this song is that 'to hell with it' feeling when you just accept yourself as you are. I came up with the phrase 'bad imitation of something good' to describe when others don’t really see you; they see a bad version of what they think you should be. Specifically, this song is about love and relationships, and priorities: does he see me as the feminine force of nature that I am, or does he see me as someone who can’t put the toothpaste cap on right?”

Archer's swampy sensibilities come through loud and clear, her voice is sultry as sweet tea and crackles like the ever-present heat lightning of her Everglades upbringing. All moonshine and honey, Archer combines rock and country with her roots in Appalachian folk as she gets gritty with guitar magic and casts spells with intimate ballads and finger picking, alternate tunings, and rich effects. There is more music on the way, so keep Edan Archer on your radar. WEBSITE.

'Bad Imitation Of Something Good' is a feisty and lively Americana song that mixes country and rock and roll together, whilst retaining the separate character of both genres. It's also sing along and catchy stuff. 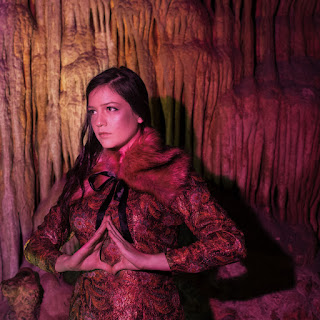 Following the release of first two singles 'Misery' and 'Sweet Teeth', Odetta has now unveiled new track 'Widow's Peak'. 'Widow’s Peak' begins as a dusty banjo dirge but soon opens up into a sublime wall of sound comprised of strings, drum machines and deep bass. A sonically diverse palette of sounds that only Odetta Hartman can conjure up. Odetta says about the track: “Sometimes lightning strikes and an entire song reveals itself in an instant. Sometimes I feel like a vessel, channeling stories from beyond, and this spooky tale certainly sounds like it came from another world. With the intention of playing a fiddle solo, I sound-checked the violin in multiple rooms. Thanks to a happy accident, we played back all of the test takes together and fell in love with the wall of sound. At the end, we featured a prayer call & street sounds from our walk through Fez. Of all the songs on the record, I am most proud of this composition.”

Raised by pioneering parents on the Lower East Side of Manhattan, NYC, Odetta’s milieu was a “colourful culture of artistry,” that included early exposure to community activism, renegade film screenings, poetry readings and trips to CBGB's. Inchoate punk and hip hop were aural wallpaper, as were the 45s spinning in the household jukebox featuring her dad’s extensive collection of soul and afrobeat records, as well as her Appalachian mother’s classic country selections. A classically trained violinist with a penchant for back-porch banjo, Odetta combines these variegated sounds of her childhood with her personal passion for folk music and the musicological legacy of Alan Lomax. Lomax is writ large on 'Old Rockhounds...' at least in spirit anyway. Odetta plays all the instruments on this and her debut '222'. TWITTER.

Our second feature in less than a month for Odetta Hartman and 'Widow's Peak' is a softer and much slower affair. The delicious and well described "cowboy soul" gently oozes through again adding distinction and hooks throughout. 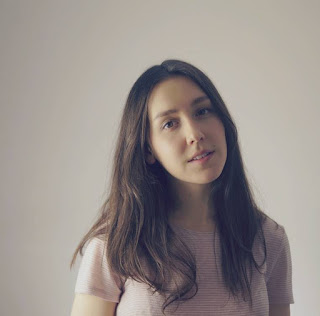 Background - Top 10 iTunes singer-songwriter Natalie Holmes has just unveiled a stunning live piano session video of her new single ‘Hideout’. Bristol-based singer/songwriter Natalie Holmes writes lilting, haunting and yet somehow invigorating pop, with honey toned vocals and an incredible depth to every song. An independent artist building her fan base entirely from scratch, she kick-started her musical career by uploading songs and now has over a million hits on YouTube, thousands of subscribers and a loyal following on social media. Although just into her twenties, Natalie has clocked up four successful EP’s: The Simplest Things, Child, Over & Out and her most recent release, Calm Places, all of which featured in the iTunes and Top 10 Singer/Songwriter Charts.

In 2016, Natalie was asked to accompany trance legends ‘Above & Beyond’ as the new female vocalist on their Acoustic II world tour, performing to sold out audiences at the Hollywood Bowl, Royal Albert Hall and Sydney Opera House to name a few. Since Over & Out, Natalie has been writing and making plans for her next solo release, taking time to hone her sound before making her comeback. On top of the A&B tour, the last 12 months have seen her travelling all over Europe, showcasing her existing material to a new audience and trialing new songs.

Described as one of the most consistently astounding new songwriters the music world has seen in ages, Natalie admits that her latest EP, Calm Places, marks a real milestone in her life, where she realised the importance of sitting back and taking care of yourself, making time for all the things and people you love. Listeners have said that she’s coming back with a new edge of maturity on every release, transforming her music into something truly new and unexpected. WEBSITE.

I have added the studio version of 'Hideout' alongside the live piano session, both are superb, it' no wonder the attention Natalie Holmes has received. If her material is new to you, enjoy exploring her previous EP's, and join the large crowd of folk looking forward to more.