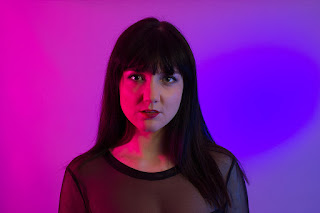 Background - Brave is her poppiest song to date and possibly her best. Her chamber-esque, Kate Bush influenced voice is still front and center, but the instrumentation, full of synths and drum machines, is intriguing and the chorus, incredibly catchy.

Written as a personal pep talk during a dark period of depression, the song ultimately became something larger—an encouragement to confront your fears, to be honest about your experiences, to reach out for help and take tremendous leaps of faith like approaching a love-interest or chasing your dreams.

“I wrote Brave when I was feeling so depressed I could hardly get out of bed. I forgot why I created music in the first place and Brave was written as a personal pep talk to myself. Depression is something that I’ve struggled with my whole life, but is not something that I’ve talked about publicly, until this song.

If I can help one person become inspired, despite their obstacles, to get out of bed, take a chance, and continue to chase after what they love, then I feel like making this record was all worth it." WEBSITE.

We shared 'Go' from Joy Autumn back at the end of May and the new song 'Brave' is equally inspiring. Once again her vocals are just so appealing and feel very personal. With some refined melodic hooks and a musical backdrop that ebbs and flows in harmony with her voice, this really is one delightful tune. 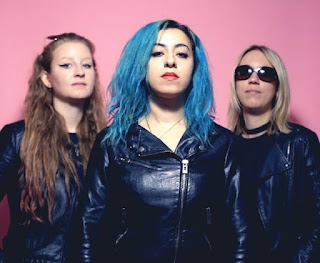 Background - The Kut debut album has landed entries at No. #7 in the UK Rock Album Chart, No. #6 in the UK Indie Breakers Album Chart & No. #18 in the UK Indie Albums Chart.  This was after a mid-week sales bulletin, putting the album at No. #136 in the Multi-Genre Chart. The debut album 'Valley of Thorns' has been released alongside a string of headline tour dates, with vinyl 12 inch to follow their 22 date U.K. Album Launch Party Tour.

2017 was a significant year for The Kut. They featured as one of Kerrang! Magazine's Breakthrough Acts of the year, while 'The Kut EP' was released on 500 limited edition picture discs for Record Store Day 2017, also featuring at number 4 in Kerrang! Magazines Top 10 Record Store Day Releases, alongside Baby Metal and Gerard Way. The summer saw The Kut playing over 50 UK mainland dates, and the year ended with the band claiming the Number 1 Spot in the Beyond 50 Promotions Top 50 Under the Radar UK Bands.

2018 has seen a worldwide record deal announced with Cargo Records for the long-awaited debut album, 'Valley of Thorns'. Produced by James LeRock Loughrey (Skindred / Def Leppard / White Zombie / My Vitriol) the debut sees some of the live favourites heard on The Kut tours, and was released back in May. WEBSITE.

'Hollywood Rock n Roll' mixes some classic punk attitude with a truck load of full on, no nonsense guitar rock. The trio are powerful, potent and feisty, with the new video adding some LA vibes to the song. 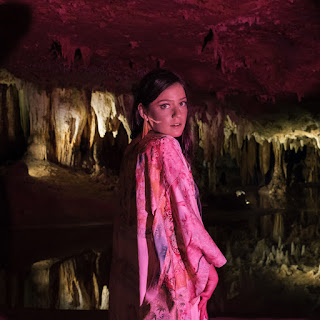 Odetta Hartman - You You.

Background - NYC artist Odetta Hartman releases her new album 'Old Rockhounds Never Die' through Memphis Industries on 10th August. Odetta has now released a new track taken from the album. 'You You' is an effusive love song to her partner, Jack, as Odetta explains: "This song illuminates the fuzzy feelings of first love. We've been blessed to have the opportunity to travel the world, exploring & playing music together. From rainbows & waterfalls in Iceland, to Medieval medinas in Morocco, we have climbed mountains & crossed rivers, blossoming our love along the way.”

'Old Rockhounds Never Die' is a bonanza of beautiful contradictions: intimate yet fiercely internationalist, spiritual and yet tangible, sweet and also sexy. It convenes with the ghosts of the past while marching relentlessly forwards. Drawn from experiences as far-flung as riding a train from San Francisco to Chicago with an old-style, rootin'-tootin' cowboy for company ('Cowboy Song'), to experiencing the intense natural beauty of Icelandic waterfalls ('Dettifoss'), it’s a record that taps into the musical traditions of the past while being a collection of songs about living in the moment.

Raised by pioneering parents on the Lower East Side of Manhattan, NYC, Odetta’s milieu was a “colourful culture of artistry,” that included early exposure to community activism, renegade film screenings, poetry readings and trips to CBGB's. Inchoate punk and hip hop were aural wallpaper, as were the 45s spinning in the household jukebox featuring her dad’s extensive collection of soul and afrobeat records, as well as her Appalachian mother’s classic country selections. A classically trained violinist with a penchant for back-porch banjo, Odetta combines these variegated sounds of her childhood with her personal passion for folk music and the musicological legacy of Alan Lomax. Lomax is writ large on 'Old Rockhounds...' at least in spirit anyway. Odetta plays all the instruments on this and her debut '222'.

And yet, 'Old Rockhounds Never Die' also embraces modernity without ever sounding incongruous. It’ll probably not surprise anyone listening to the album then that it's a co-production. Odetta writes and performs all the songs while her partner Jack Inslee is in the background bringing the digital dark arts. Experimenting with found sounds & foley, the two have developed a sonic vernacular built around playing around with a-typical instruments. FACEBOOK.

Having already featured 'Sweet Teeth' and 'Widow's Peak' in June and July, it makes perfect sense to round things off ahead of the new album with 'You You' this month. That "Cowboy Soul" sound is once again lurking around, as Odetta Hartman carves out a glorious niche, doing so in a grand and irresistible manner.