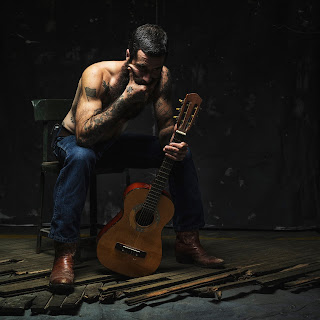 JP Harris - When I Quit Drinking.

Background - In today’s musical culture, the word “authenticity” seems to have lost all meaning. What used to represent something bona fide and true is now just watered-down marketing speak, stamped onto press releases without a second thought. Born in Montgomery, Alabama in 1983, JP Harris doesn’t fancy himself a musician as much as he does a carpenter who writes country songs. However, his stranger-than-fiction story begins after the eighth grade, when he left home on a Greyhound bus in the middle of a summer night. And he’s never looked back.

Released this week is an album highlight and first single, “When I Quit Drinking,” which, as its title suggests, is a tender look at one of Harris’ most personal struggles. Gossamer strands of pedal steel complement the gentle quaver in his voice, underpinning some of his most personal lyrics to date.

With his forthcoming album Sometimes Dogs Bark at Nothing (due out October 5th on Free Dirt Records), Harris is back after a four-year hiatus to remind folks what a lifetime dedicated to country music looks and sounds like. Sure to please fans of his hardscrabble earlier work, this new collection of songs finds the acclaimed songwriter and vocalist stretching himself both musically and personally.

For over a decade, Harris travelled the country, often alone, hitchhiking and hopping freight trains while making his living as a farm labourer, shepherd, woodsman, and carpenter, among many other titles. Still an in-demand carpenter to this day, Harris has been writing and performing country music for nearly ten years, releasing his debut album, I’ll Keep Calling, in 2012. He followed that release with Home Is Where the Hurt Is in 2014, which only saw his star rise both among country fans and critics at major outlets like Rolling Stone. Even Eagles frontman Don Henley referenced Harris in a 2015 interview with Hey Reverb saying that Harris made “thoughtful, authentic music.”

Working with producer and Old Crow Medicine Show member, Morgan Jahnig, Harris tapped a handful of his favorite players, sent them acoustic demos, and gave some pretty unconventional instructions: “Take five days to think about these songs. Please write notes of whatever ideas come to mind. Please don’t talk to each other about it. Let’s all just get in the studio on day one and compare notes as we go.” WEBSITE.

Natural unpretentious country with all the vital ingredients comes to us in the shape of 'When I Quit Drinking'. The vocals have just a little grit and passion, the music is given some extra melody through the pedal steel guitar, and the mood is actually quite uplifting, despite the subject of struggling to quit the bottle. 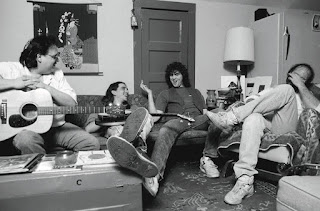 Background - Drive-By Truckers have announced the long-awaited arrival of 'Town Burned Down', the first-ever official release from singer/songwriter/guitarists Mike Cooley and Patterson Hood’s original incarnation as Adam’s House Cat. Recorded in 1990, but never-before-released as intended, the album arrives in stores and at all DSPs and streaming services via ATO Records on Friday 21 September.

hile Mike Cooley and Patterson Hood may have founded Drive-By Truckers in 1996, the two musicians had in fact first come together more than a decade prior. They met on August 1, 1985, the day Hood moved into a dank basement apartment in North Florence, AL shared by Cooley. The two young musicians took notice of each other’s guitars and became fast friends, drinking cheap beer and singing songs together on the flat’s shabby couch. Among those songs were originals penned by Hood, including one that took its title from the Southern colloquialism, I wouldn’t know him from Adam’s house cat. Hood and Cooley worked out a rendition of the song that quickly led to another and then another. That first collaboration eventually gave the band its moniker – Adam’s House Cat was born.

Adam’s House Cat proved rebellious from the jump, the only young band in the Muscle Shoals region playing hard rocking original music. Despite the area’s long musical tradition and legendary studio scene – including of course FAME Studios and Muscle Shoals Sound, the latter co-founded by Hood’s dad, session bassist extraordinaire David Hood – times had changed in Muscle Shoals. No matter the cause, be it a down turned local economy or a record industry shift towards studios in Nashville and Los Angeles, the Muscle Shoals live scene in the mid-1980s was now limited to Top 40 cover bands and country and western, more likely a bit of both.

Undeterred, Hood and Cooley enlisted drummer Chuck Tremblay, more than a decade their senior but a gifted musician who after years toiling in motel lounge combos had his own personal commitment to only playing original music. A series of bass players did short time with the band before the arrival of John Cahoon, son of the mayor of Tuscumbia, AL and more importantly, a rebellious, rock-solid bassist.

On April 16, 2016, Hood, Cooley, and Tremblay convened at Barbe’s Chase Park Transduction studio in Athens to complete mixing Town Burned Down – the first reunion of the Adam’s House Cat founding members in more than 27 years. The final mixes were later mastered at Sterling Sound in Edgewater, NJ by longtime DBT collaborator Greg Calbi.

Town Burned Down can at last be properly heard the way Adam’s House Cat always wanted it to be heard, its raw soul and boisterous enthusiasm already hinting at what was yet to come. Songs like “Runaway Train” and “Cemeteries” display dark edges that surely must’ve intimated audiences in their time, but now sound startlingly heartfelt and full of fiery joy, energized by Cahoon and Tremblay’s versatile, dynamic backing and of course, the ever-present, undeniable chemistry between Patterson Hood and Mike Cooley. Drive By Truckers - WEBSITE.

I guess this will be a must for any Drive By Truckers connoisseur, but should appeal to many with just a passing interest in the band. 'Runaway Train' is a fresh sounding Americana rocker (despite it's age), the 2016 mixing has surely breathed some extra vibrancy to the track, making this a fabulous song despite any historical significance. 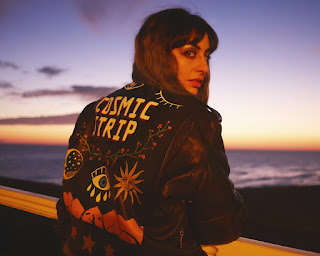 Masterminded by front woman Camella Agabalyan and self-described as “music to watch girls by, music to move the stars”, the band’s mesmerising latest cut draws welcome comparisons to the likes of Beach House and Alvvays and follows on from their first few initial releases last year.

Defined as “a song dedicated to the addictive feeling of your first love”, Heavenly thrives within its carefully constructed lyricism, reverb-tinged vocals and layers upon layers of dreamy guitars, showcasing four minutes of dream pop in its purest form.

Having already commanded attention from the online community and played a string of festivals including The Great Escape, Citadel and Wilderness, the band will be celebrating the release of their first ever EP with a full UK tour later this month. Cosmic Strip’s Heavenly was released 2nd August and will be available on all digital platforms. WEBSITE.

'Heavenly' is a combination of dream pop and shoegaze, with a few drops of psychedelic goodness, the result of which is a splendidly catchy song. Rather than being crowded and over the top, the music has great clarity switching moods along the way and the vocals are gorgeously in tune with both the momentum and the melody of this intriguingly good song. 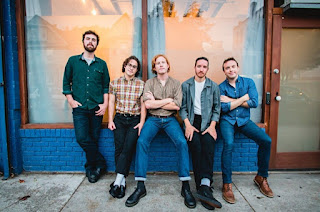 The Rad Trads - Good Luck Unto Ya.

Background - New York City-based band, The Rad Trads, have shared their their lead single "Good Luck Unto Ya," off their forthcoming LP, On Tap. American Songwriter premiered the lead single's official music video with praise, stating, "Ahead of On Tap‘s release, the band has shared a video for new tune 'Good Luck Unto Ya,' a funky kiss-off track with a killer guitar solo and plenty of horns."

The band is currently finishing up the first leg of their extensive US run, which included select shows with Lake Street Dive, and they'll kick off the next run of national dates, throughout September and early October, with their On Tap LP release show on Friday, September 14th at Mercury Lounge. In mid-October, the band heads to Spain, for a run of 10 dates throughout the country. See below for details on their tour. On Tap LP is due out September 14th.

On Tap serves as the world's introduction to the diverse possibilities The Rad Trads have to offer from the studio. Revered for their live shows, On Tap sees the five songwriters pull back the curtain on their passion for arrangement and orchestration, introducing a sea of horns, harmonies, gritty grooves, and psychedelic guitar textures.

Songs like "Thumbtack" and "The Little Pie Blues" share a nod towards their playful use of acoustic instruments while powerhouses "Good Luck Unto Ya" and "Wishing Well" make for unbridled bookends. "My Place" and "Key Club" highlight the diverse sonic pallet the band has grown to embrace. The band's contagious fun-loving nature shines throughout, a feeling that their fans will find familiar. WEBSITE.

If the splendid horns, or the constantly flowing hooks don't get to you, then the funky upbeat vibes may still seal the deal on 'Good Luck Unto Ya'. The vocals are another fine element of the tracks musical armoury, and the video suggests this is a band to be seen and heard live.