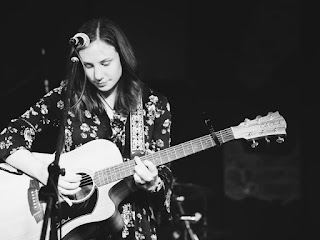 Zoë Dellaca - Still. Background - Zoë Dellaca writes songs that make you want to cuddle up in front of the fire on a rainy night. Still is the first single from her debut album Sweater Weather. Hailing from Bunbury in WA, Zoë has been making her mark on the local music scene, playing regular shows around the south-west and peel regions since 2016. Still explores the darker side of the indie-folk genre featuring haunting electric guitar swells, moody bass and a raw, vulnerable vocal performance. The track is a soul-exposing song dealing with themes such as heartbreak. Still was recorded and produced in Zoë’s hometown of Bunbury by Nat Marshall at his studio Township Sound. “Still is essentially about being hurt by someone you care about and allowing them to keep on hurting you even though you know you shouldn’t. Writing Still was a long process that happened over several months as I was able to gain some perspective. Completing this song was a very freeing experience for me, helping
Post a Comment
Read more 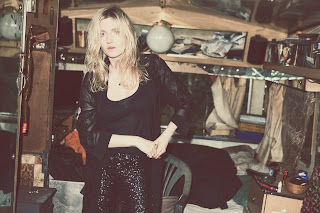 Hero Fisher - Lonely. Background - “Lonely is about self delusion. We all wear blinkers to hard truths in one way or another. A common condition people have is loneliness or feeling secluded. I think it’s a sentiment a lot of people can relate to, if they don’t, then they may have mastered self delusion.” Hero Fisher’s new song ‘Lonely’ is a masterclass in reinvention. Rich in ambience and with a slow crawling beat, Hero’s subtle and tender vocal performance evokes a deep sense of isolation amidst the cluttered mysteries of daily life. Drums, pianos and synths all work in tandem brewing a restless sonic tempest as the song subtly crescendos to its cathartic conclusion. ‘Lonely’ could be the soundtrack to a deeply arresting and sad movie, long expanses of sound create a panorama over which Hero lays some of her deepest and most internal lyricism yet. As her career progresses onwards it’s anyone’s guess where her sound will travel next, but if ‘Lonely’ is any indicator, she’s already
Post a Comment
Read more

Maff - The Harpoonist & the Axe Murderer 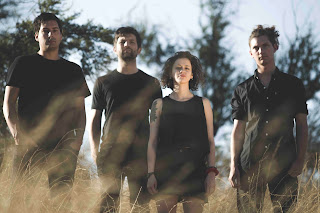 Maff - Hawaii / Desfile. Background -  Chilean shoegaze quartet Maff will be releasing 'Hawaii', a new powerhouse single off their coming ‘Melaniña’ EP, slated for release in April. This is Maff’s first sonic offering since blazing a remarkable trail through shoegaze, alternative rock, and noise pop territory surrounding their debut album ‘Maff', released in 2015. This follows up the release of ‘Desfile’, their first Spanish-language single, having only released music in English before this. ‘Desfile’ is about feeling trapped in your life and being in a place you do not deserve to be, surrounded with toxic people and feelings. Gomez sings "Soporto un dia mas, con desechos me toca desfilar” (I hold on one more day...I’m in a waste parade”. Formed in 2012 in Santiago, Chile by Ricardo Gomez and Nicolas Colombres, Maff’s music blossomed from a love affair with guitar pedals. Their sound was greatly influenced by The Jesus and Mary Chain, The Pixies, Ride, Sonic Youth,
Post a Comment
Read more 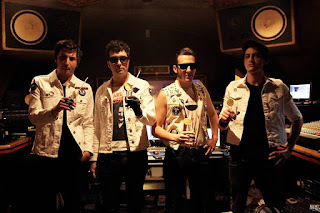 The Scaners - No Place In Space. Background - France’s “alien-gonzo-synth-punk rockers”, The Scaners, are ready to take off with their eponymous debut LP with the first single “No Place In Space” which takes the listener through a darker, slower wave that Louder Than War Magazine describes as “a swirlingly mesmeric menace of guttural growls backing a looming snarl over a dark driving rhythm.” “This song is a special song for us because we wrote and recorded two different versions” says singer and organist Pav Scaner. “On the LP it's the ‘slow’ version. It's a kind of lost but happy drifting and swimming in space. A short pop relaxing interlude before the spacecraft starts roaring again. I've made that cheap video clip late by night. Enjoy your flight!" "The Scaners federation starship superstructure is built on the Ramones and Dickies but draws on fourth-dimensional kindred synth-punk spirits like Devo and Suicide, modern acolytes like The Spits and Useless E
Post a Comment
Read more 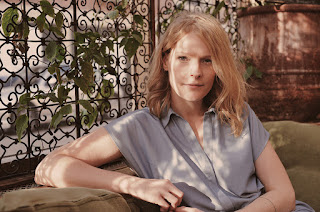 Gitta De Ridder - The Wheel. Background - Anglo-Dutch songwriter Gitta De Ridder is excited to release new album For Everything A Season on March 23rd. New single The Wheel encapsulates the natural, almost hypnotic, rhythm of traveling and speaks about how we see all things through our conditioned view. Taking control of the wheel means breaking down what we think we know, to find our own voices and realise what is truly important in life. The songs on For Everything a Season are a journey of experiences through life and relationships; although themes across the album are quite universal, the lyrics also reflect a part of Gitta's personal and relational explorations across the past years. Album opener My Dear, Oh Boy, Oh Man (released in late 2017) epitomises the tone for the record; a song about love and loss, about finding the strength to move on and let bygones be bygones. Recorded in the beautiful Suffolk countryside studio of long-standing friend Stephen Hodd, For Everythin
Post a Comment
Read more 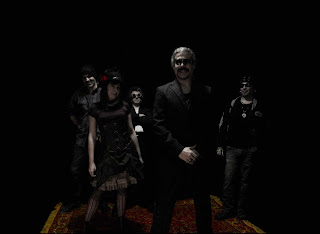 Moonshine Booze - The Place. Background - Moonshine Booze presents 'The Place', the first single off their debut album 'Desert Road', which will be released via Seahorse Recordings in mid-March. Combining grit blues rock with alternative country, their music has been described as psychedelic country blues-tinged rock, as well as brazen desert alcoholic acoustic rock. Moonshine Booze formed in the summer of 2014 in Teramo, Italy. This trio is comprised of Andrea Manila (vocals), Emiliano Zapata (guitar) and Fabio Manchos (drums). The video for 'The Place' was a collaborative effort between Emiliano Zapata and Josh Heisenberg, with Zapata writing the scenario, Josh handling the filming and editing, and both on direction. Having been active on the music scene for over twenty years in various bands, both in Italy and The USA, the trio has gathered and relaborated experiences from different musical genres, putting them to good use in their new project. The initial
Post a Comment
Read more 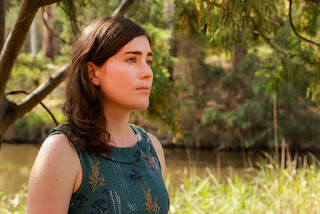 Lucy Wise - Solid Ground. Background - Singer-songwriter Lucy Wise has released a taste of her third album Winter Sun. The songs on the forthcoming album show a strong artistic development since her last release back in 2015, and the lead single 'Solid Ground' is no exception. The track draws the listener in with its infectious groove and Appalachian Folk-inspired melody, and offers a warm, rich folk-rock band sound. It features some of Melbourne’s finest musicians: Justin Olsson (drums), Isaac Gunnoo (double bass) and Justin Bernasconi (electric guitar). 'Solid Ground' puts the listener in the shoes of someone finding their feet again after a breakup, saying that “it’s time to walk to your own rhythm, to find your way to solid ground”. The music video for this release was produced by Lucy Wise in collaboration with Melbourne filmmaker, Rowan Gruner, and is a captivating and wistful reflection on finding resilience in everyday life. The video moves between an East Br
Post a Comment
Read more
More posts