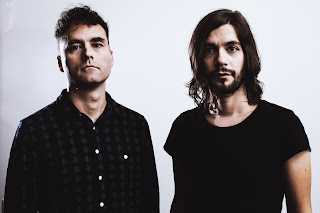 The Noise Figures - Lethargy / Telepath/Hypnotized. Background - Two and a half years after Aphelion, the Athens-based drums-guitar duo of George Nikas (vocals, drums) and Stamos Bamparis (guitar) return more frenetic than ever with their third full-length studio work entitled Telepath. It's set to arrive on March 2nd via Inner Ear Records. Check out the first two singles and the entire album below. Inspired by the theory of spiritualism and influenced by personal experiences, Telepath is an intoxicated concept album, with intensively sobering attention to detail in every single track, revealing a different side of the band's personality and crossing all the paths the duet from Greece has traveled so far, from heavy blues to psych garage to a fuzz vertigo. With its swinging moods of bright to dark undertones, the album sounds sharper than ever, with more energy, intensity and tuneful sensibility, capturing the band's hundreds of live performances and touring thrust. Wi
Post a Comment
Read more 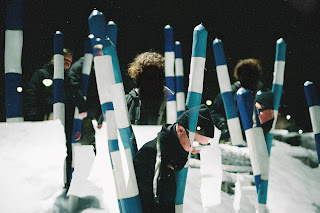 Spielbergs - We Are All Going To Die. Background - Oslo power-trio Spielbergs are sharing the hugely immediate first track from their forthcoming debut EP “Distant Star.” “We Are All Going To Die” comes as the band prepare for two live shows at Norway’s by:Larm festival this weekend. On a track that lashes out against the world, but at the same time begs for its help, vocalist Mads Baklien issues a rallying cry in this urgent and insistent examination of mortality, his anthemic vocal set to a swathe of thick, warm guitars and punctuated by Christian Løvhaug’s unrelenting drumming. The band have garnered considerable interest in a short career that has only recently seen them reach double figures in terms of live performances. “Daisy! It’s The New Me” featured at no.27 in Norwegian daily GAFFA’s Songs Of The Year (between James Blake and Chance The Rapper, no less) and they have made the viral 50 chart on Spotify. They have now signed a worldwide deal with new British label By The Ti
Post a Comment
Read more 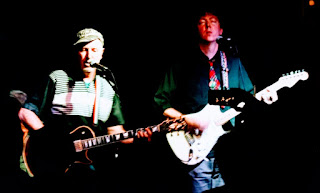 The Tigerlilies - Contact. Background - The style set forth by the Buzzcocks, Cheap Trick and The Ramones is alive and well in the hands of The Tigerlilies - Cincinnati’s sole practitioners of post punk power pop. They have played countless shows around Ohio, serving as support for Violent Femmes, Joan Jett, Paul Weller, Guided By Voices and Superchunk, and attaining a sizable and appreciative following along the way. The past decade has seen the release of many singles and albums on independent Midwestern labels such as Atavistic, Violently Hip and Mono-cat 7, chalking up a total of four full lengths which showcase The Tigerlilies economic blend of punk, 60’s soul and garage rock. Along the way, someone unearthed their debut record, Space Age Love Songs, which was recorded exactly 20 years ago. The LP was a hit at the time, winning album, artist and record of the year at the Cincinnati Music Awards and landing them a showcase at the burgeoning SXSW Festival. But the band had all bu
Post a Comment
Read more 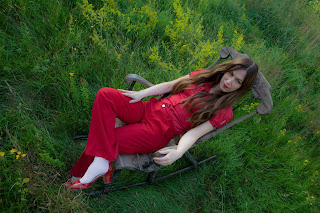 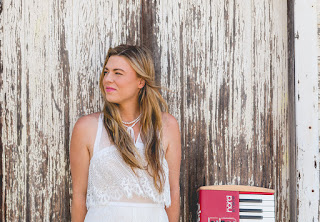 Elisa Kate - Promise Me. Background - The dreamy pop piano invitations of Elisa Kate captivate you with that skin deep smoky vocal tone. The warmhearted farm girl strips away the clutter, summoning your soul to awaken. Bursting onto the pop scene with a USA tour and a feature on New York radio with her 2015 EP release To The Sky (iTunes), Elisa Kate's new single Promise Me is set to erupt on February 23. Sitting beneath the warm indie pop vibes, the engaging piano melody propels the driving pulse forward, with the strong reassuring movement projecting the unforgettable chorus into your heart. Promise Me delivers an honest reflection on how easily life can accumulate. The song explores an uncanny freedom found in releasing unnecessary things from our lives, returning to whats most important. Elisa Kate contemplates, "We surround ourselves with so many "things", and sometimes it takes losing it all for us to find clarity within. In those sobering moments, I find mys
Post a Comment
Read more 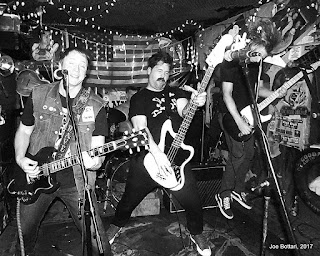 The Tracys - People Scare Me. Background -  If you're feeling stuck in a repetitive blur of everyday life, NYC old-school punk-rockers The Tracys new single and music video "People Scare Me" will jolt you awake with a blast of sonic power. The single comes with a darkly alluding and paranoiac music video, that will leave you looking over your shoulder when you're next traveling alone. The band utilizes the track to question the current state of the world, with the actions and behaviors of others developing a slow-building anxiety of questioning where society is headed.  The band shared, "'People Scare Me' is a humorous jaunt into the feeling of alienation, derived both by the day to day struggle of living in a city that has largely given away its creative, cultural heritage in favor of impossible real estate values and self important millionaires, and living in a world controlled by social media that celebrates and rewards Tide Pod eaters and elects na
Post a Comment
Read more 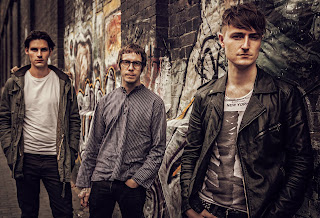 Blue Nation - Rich Girl. Background - Blue Nation come confidently striding out on to the streets to deliver you their brand new grooving slice of gritty sing-a-long, fist in the air, authentic rock. ‘Rich Girl’ the new single from midlands very own Blue Nation is released 23rd March. The single is taken from the brand new forthcoming album due for release later this year. The riff-rocking Birmingham trio, pair the unrestrained emotions of music with the capricious nature of life. Front man Neil Murdoch explains; ‘Travelling on a train back from London a girl sat next to me (Neil) and began to sob her heart out. She had just left her fella as she had caught him cheating. During the journey, said cheater rang the heart broken girl and begged her to come back to him, promising to never do it again. It became obvious that the relationship was based on lies and convenience. Said girl then started to negotiate with the cheater about what he would give her to come back to him…a car, a hol
Post a Comment
Read more
More posts