March 11, 2019
Hannah Sanders and Ben Savage share a near flawless folk song where every component is just wonderful. Fafa Galoure's live session includes 'I Am The Sun' a refreshingly natural rocker that is full of hooks from the opening moments. Izzie Walsh's vocals are gorgeous on the melodic country song 'Sidelined' a vibrant and pleasing piece. 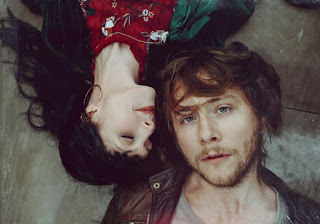 Hidden Things is the first in a trilogy of singles by Hannah Sanders & Ben Savage. After widely touring for the past few years 2019’s singles reflect the duo’s relationship to the spirit of place; all three songs were written and arranged in different counties whilst they were touring their critically acclaimed album Awake in 2018.

The first in this trilogy, Hidden Things, takes its inspiration from a time spent in northern Sweden. Hannah says “I was reading my friend Francesco Dimitri’s novel “Book of Hidden Things”. I was sitting on the coast of Stockholme’s Archipelago reading a novel set in Southern Italy and I was moved by the idea that landscapes hold dreams - love, mystery, loss… Dimitri’s book is about how stories become part of our connection to landscape. Like stories, songs can be a way of bringing the land’s dreams to life…”

Huddled round a single microphone, singing intimate duets with just mountain dulcimer, dobro and guitar, Hannah Sanders & Ben Savage are an acoustic duo that look & sound classically timeless, yet their music is unique. Fleetingly, they may evoke a memory of Gram & Emmylou, Shirley & Davey, or Gillian & Dave but their distilling of musical influences from both sides of the Atlantic produces a refined sound that is decidedly their own.

Their unique unplugged presentation creates a widescreen, cinematic soundscape with open spaces and atmosphere, giving their beautifully pure vocals room to share the songs’ emotion and narrative. The material is as joyful and fun as it is intense, but the common factor is the duo’s warmth and confidence in each other; their natural ease and connection is clearly evident on the recorded music, and a genuine pleasure to witness on stage. 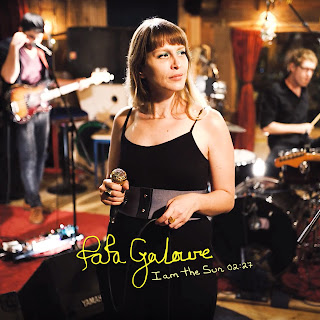 Fafa Galoure is set to release the brand new single “I Am The Sun”, the first track to be taken from the band’s upcoming ‘Live Spring Sessions’ EP. An unconventional love song, “I Am The Sun” bursts out of the speakers with a flare of adolescence and playfulness and represents an intentional back-to-basics approach,

Fafa Galoure is an intriguing Israeli "Deep Dive Rock" band fronted by vocalist and songwriter Efrat Cohen. The band debut album ‘As You Are’ was released at the tail end of 2017 and was backed up with numerous shows in their home country as well as a European tour.
.
The foundations for the band were set in 2011 when Efrat returned from an extended trip to India and began shooting ideas back and forth with longtime friend and collaborator Asi Ashkenazi. The two began processing the materials Efrat had been accumulating and the compositions began to take on a life of their own. "For me the core of the song; the words, the content and the meaning come before the musical arrangement, I love this process in which we try to give the music different arrangements and expressions". 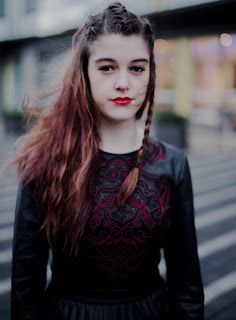 Manchester singer songwriter Izzie Walsh has announced the release of her new single Sidelined. With a unique sound that blends country, bluegrass and folk, Izzie Walsh has built an impressive organic fanbase over the last couple of years, following the release of her debut EP The Curse and successful single Take Me Back. Not only does she have two BCMA Awards and an Indie Week UK award under her belt, Izzie is also a former BBC Introducing Artist of the Week and recently performed on ITV’s Cold Feet. She will be releasing new material this year following new single and live favourite Sidelined.

The melodic and rhythmic Sidelined showcases Izzie’s powerful and wide-ranging vocal, accompanied by catchy banjo and Mandolin to create a modern country track. She will be releasing a live video of the track soon, filmed out in Canada late last year. She says;

"Sometimes life doesn't work in your favour and Sidelined is a song about that. It’s about working your hardest, even though you might come out second best, and still following your dreams even if they seem impossible; there's always another day to achieve them."

Izzie has been performing around the world over the last year, including a support slot with Curse of Lono, festival performances at the likes of Dot to Dot and Bluedot and her own sold out headline shows at Manchester’s Deaf Institute and London’s The Slaughtered Lamb.