April 28, 2019
Honey Moon have released 'IF I Could Only Dream' a fresh and vibrant jangle pop song that exudes classic pop vibes from decades ago. Toronto duo Swanes have created a lush, rhythmic and dreamy electronic piece in the form of 'Dreams Of Iceland'. Irish electronic-pop duo, Le Boom have teamed up with Æ MAK to share 'Dancing Bug' accompanied now with a fabulous video, adding a little extra to this upbeat song. 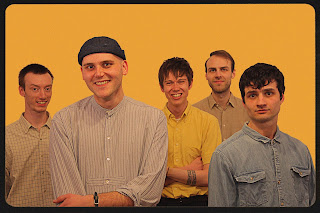 Honey Moon - If I Could Only Dream.

London jangle-pop crooners Honey Moon stomp into 2019 with new single If I Could Only Dream, teaming up once more with Manchester label Heist or Hit  (Her’s, Pizzagirl, Baywaves, Guest Singer). It’s the first jangly slice of sound the quintet have delivered since last year’s acclaimed Four More From… EP, which drew fans from tastemaker tomes DIY and DORK magazine to BBC 6 Music and legendary cratedigger Elton John.

As Jack posits: “'If I Could Only Dream' is about change, transition and wishful thinking. It's about trying to right some wrongs. Sounds quite corny for someone in their mid-twenties but it was written during a cycle of change in my life that needed documenting in some way, and ended up in a sweet ditty. A sunny little pop song - one for the tried and tested mooner.”

The months between the last release and this return have been busy for the lovelorn boys. Support tours with label mates Her’s as well as fellow retro dreamers FUR have kept them on the road, before burying their heads in mixing desks and vintage equipment at The Nave studio in Leeds, with producer Alex Greaves (Working Men’s Club, The Orielles, Heavy Lungs).

The 5-piece will be performing their biggest headline show to date at The Sebright Arms in London on April 26th,  with an appearance at Are You Listening? festival also in the calendar.

Honey Moon are… on the drums, Glenn Rawcliffe, on the bass and vocals Joey Julliard, on lead guitar and vocals Zach Urch, on keys Daniel Moore and on guitar and lead vocals Jack Slater Chandler. 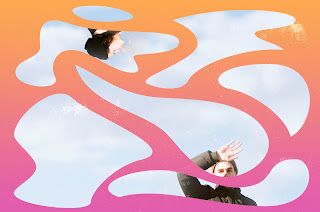 Radio 1-tipped Toronto duo, Swanes, comprising of brothers Michael and Stefan Bildy, are today sharing their new single, ‘Dreams Of Iceland’. The lucid new cut follows previous releases on French/Japanese label, Kitsuné (Parcels, Hot Chip, Simian Mobile Disco) and will be supported with a date as part of Canadian Music Week where they will perform at The Garrison, Toronto on May 7, 2019.

With production that is coloured by rich atmospherics and vibrant idiosyncrasies, ‘Dreams Of Iceland’ is another expansive step forward for the pair. Drawing on ancient Nordic song forms, melodies, and recorded folklore, ‘Dreams of Iceland’ cuts a fine curve between icy electronic soundscapes and tropical pop, looking to explore various tropes of relationships through sultry vocal harmonies and an earworm chorus hook.

Alongside tips from the likes of Colors and Bandcamp Daily, as well as continued support from David Dean Burkhart’s esteemed YouTube channel, SWANES have found success on influential Spotify playlists such as ‘Indie All-Stars’ and ‘Fresh Finds’. The pair, who were recently highlighted by Australian electronic heavyweights, Future Classics (Flume, Jagwar Ma), have plans to tour North America extensively later in the year. 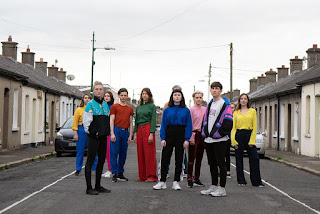 Irish electronic-pop duo, Le Boom, comprising of Christy Leech and Aimie Mallon, and fellow Dubliner Æ MAK (Aoife McCann) are now sharing the video for their new BBC Radio 1-supported collaborative single, ‘Dancing Bug’. The new music is shared alongside news of Le Boom’s largest headline to-date, a stop at the 1250-capacity Olympia, Dublin on October 11, 2019 - tickets available here. The new date will follow a summer of festival touring and a brief May run, taking in stops at Thousand Island, London on May 3, 2019 and further dates at Live At Leeds and Hit The North - all dates below.

Following the impeccably choreographed ‘Just Want To’, the compelling melodies of ‘Dancing Bug’ - which visually finds Leech, Mallon and McCann gliding through the streets of Stoneybatter, Dublin City - is the latest cut from the forthcoming EP, ‘All Of My Highs’, set for release May 3, 2019. “‘Dancing Bug’ is about falling into your bedroom after a bad day and dancing like fire to your favourite song; to escape the stuff you just had to deal with,” says McCann. “That energy taking you off into the other world that you're visualising as you dance.”

Speaking about the musical coming together, McCann continues: “I’d always loved Le Boom's live shows - myself and my mates dancing ourselves into the ground, high energy and love. Myself and Christy met at The Great Escape last year and got on like a house on fire. We were both like 'I like your music - I like your music, cool'. We wrote Dancing Bug in a couple of hours late last year. Loved every minute.”

2018 signposted an exciting milestone for Le Boom, it was a year that found the pair performing across some of Europe’s largest festivals, including Primavera, Longitude, Body & Soul and Electric Picnic, whilst also taking their eccentric live show to Reykjavik, New York and Bilbao. The year also found the duo selling out an Irish headline tour - including a stop at Dublin’s 1000-capacity District 8 venue - and achieving playlist success at Spotify, attaining spots on ’New Music Friday’ & ‘Hot New Bands’ amongst others.