July 09, 2019
Basset have just released 'Waterloo' and I have to say I am mightily impressed. Their acoustic musical combination of instruments ensures they have a fresh and distinct sound and the vocals add vibrancy and energy, they are ones to watch out for, I would suggest.

Art pop band Zooni have just released their new single 'Cotton Blue' a gently paced song, where the musical arrangement is well structured with plenty of clarity for each musician and just right for the heartfelt vocals. 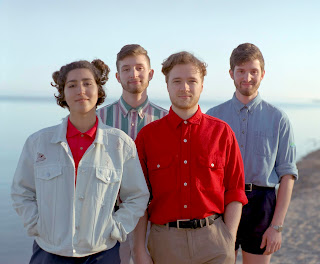 Basset is a young and rising all-acoustic group, consisting of vocalist Yasmine Shelton, songwriter/musician Sam Clark, and twin brothers Aaron and Noah Philipp-Muller. While they draw on folk traditions from both sides of the pond with their heavy use of fiddle, mandolin and cello, their original tunes also take inspiration from old blues music (hear Shelton’s powerful vocals), 50s and 60s rock, and their shared classical background. Their inventive style has earned comparisons to The Punch Brothers, Belle and Sebastian, and Of Monsters and Men. They recently released their debut single, “Dave and the Queen of Toronto”, and are set to release their debut EP in late June.

Basset often uses the old bluegrass method of gathering around a single microphone for their live shows, filling the room with their infectious love for each other and the music they play. There’s never a dull moment between tunes either, as audiences get a glimpse into the charming – and at times ridiculous – antics of this tight-knit group of friends.

The band was formed in Winter of 2016 while all members were studying liberal arts at Victoria College, at the University of Toronto. Sam and Aaron, both songwriters from a young age, were first year roommates and fast friends, frequenting open mics around the university with their acoustic arrangements, sometimes accompanied by Noah on the cello. Still in need of a lead singer, Sam turned to Yasmine. He had been bewitched by her a capella rendition of Nina Simone’s “Feeling Good” at an open mic at the college, and they had since become good friends.

Now a quartet, the band’s first gigs involved playing background music at college functions; however, the goal was always to develop their own original music. They quickly grew out of the university scene, and now, almost three years on and having left their college years behind them, the band has played some of Toronto’s premier music venues, including the Painted Lady and Lee’s Palace, as well as regular house concerts across the city. They have appeared at the Summerfolk music festival and Heartwood Concert Hall in Owen Sound, and developed a supportive network of industry professionals who view the band as a young act brimming with promise, sharing stages with The Lifers, NEFE, and Citizen Jane. 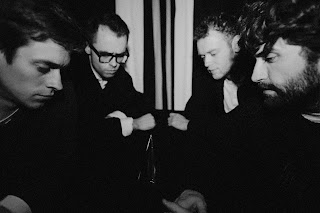 ‘Cotton Blue’ follows the April release of their debut single ‘Pany’, which appeared on the Radio X Evening Playlist, was included on Spotify’s ‘New Music Friday’ and ‘Hot New Bands’ playlists, and was followed by a packed performance at The Great Escape Festival.

Talking about the single, they explain "Cotton Blue is an introspective song about giving up on a broken relationship. It was written and demoed on a retreat to the Welsh countryside with the producer Jay Pocknell.” 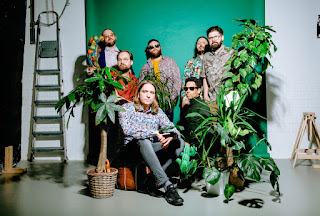 The Switch - What If.

Following the outfit’s previous bodies of work “We’re Fooling No-One” and the Norwegian Grammy-awarded “The Switch Album”, they return with fifth full-length “Birds of Paradise”. Lead-vocalist Thomas Sagbråten and co-author of the bulk of the album says “We tried to make a musical universe with slightly different laws of nature than real life. A bit less gravitation. The air is thicker. It’s hyper realistic, but also unreal.”

From budding seeds to the overarching themes of this viridescent volume, the septet hones something every-bit stylistically varied, surrealistically inclined and tactile, like a brightly plumaged exotic bird lost in the upper stretches of the northern hemisphere.

Second slice “What If”, from the upcoming LP pays homage to the modern man-child’s fear for getting his sh*t together. Think early-Wild Beasts with the charm of Mac DeMarco’s “Salad Days”. It vaults clichés of dream-pop and works as the perfect announcement of the album, with its enchantingly artificial birds of paradise sounds in the final quadrant of the four-minute-feat from keyboardist Arthur Kay Piene.

Peter Vollset, the lyricist of the band says “The lyrics are questioning the oft-repeated notion that “proper” adult life is boring and miserable and that protesting or postponing this is just childish and selfish. At the same time, the not quite proper adult narrator isn’t exactly a beacon of self-love and sunshine themselves, so who knows you know?”

Sound technician and repeat The Switch-collaborator Christian Engfelt (Serena Maneesh, Fieh, Band of Gold etc.) decided to make this his most meticulous work with the band yet, blowing by every self-imposed deadline in a year-long on-and-off series of recording sessions which resulted in an extraordinary sounding album; coherent and tight, but with great attention to detail.