October 29, 2019
Alas The Sun have released a fabulous indie folk album entitled 'You And Your Love', comprising of ten songs their melodic and varied mixture keeps the whole collection sounding fresh, catchy and quite lovable. === Just a month on and Arlo Parks returns here for a second time with 'Sophie' another beautiful song as she begins a live tour today. === Both the song and the accompanying video are superb as Son of Town Hall share the 'The Line Between' where their dual vocals/harmonies are stunning. === Referred to as gloomy Glaswegians below The Just Joans have shared 'Dear Diary, I Died Again Today' which is personal, special and exudes beauty, hardly gloomy in my opinion. === Fever Joy have a new single called 'Crazy Love' and it's a hook filled and pleasingly distinct indie rocker.
----------------------------------------------------------------------------------------- 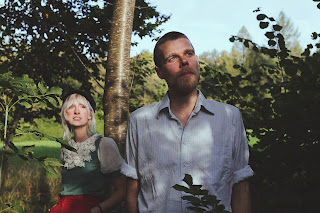 Alas The Sun - You And Your Love.

Zurich based Indie-Folk duo Alas The Sun's first full-length is a hopelessly dreamy record, delivering the perfect soundtrack for autumn 2019. Alas The Sun‘s debut album "You And Your Love" takes the listener on a journey full of daydreaming, internal conversations and romantic tales. It offers an insight into the beautifully strange lives of songwriters Anja Tremp and Sandro Raschle.

Tracks like the ethereal "Blueberry Seed" or folky "Dots Of Bliss" evoke a feeling of intimacy due to their stripped back instumentation and prominetly placed tender vocals. "Heading For The Heart" and "Myriad Of Stars", in contrast, are easily approchable, upbeat songs with a romantic notion and tongue-in-cheek lyrics.

Alas The Sun moves between indie-folk and dream-pop. At times broad and spherical, at times personal and quiet, softly plucked guitars sit beside drums and synthesizers. A balancing act that the band masters effortlessly. The duo started recording the album only one year after they met. In and out of the studio Anja and Sandro took their time, sporadically multitracking 10 songs over the period of another year.

Here's what the band has to say about their debut record: "You And Your Love“ marks a beginning. To us it is the story of how we first met, how we got to know each other and, of course, started playing music together. Our songs thrive on chemistry and imply a mutual understanding. To have both of these things from the get-go feels special. We learned a lot in the process of making this record about our abilities as songwriters but also things of technical nature in the long studio sessions. Locked away in that closed environment wasn‘t always easy. People argue when they‘re passionate about something. It‘s part of the deal. We couldn‘t be happier with the outcome of „You And Your Love“ but know deep down that we want more. We‘re already thinking about the next project." 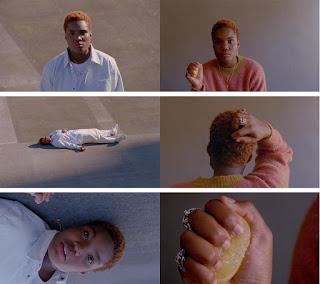 'Sophie' is a song about "crumbling under expectations and feeling helpless, but with a persistent, quiet sense of hope underpinning it."

True to form, it's a melodic and beautifully articulated sonnet, cementing the notion that she is overwhelmingly considered the majestic voice of Generation Z. 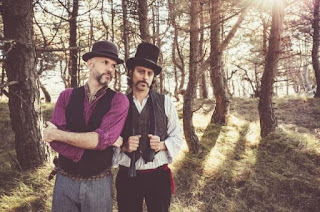 Son of Town Hall - The Line Between.

Imagine if Simon and Garfunkel were lost at sea, salt on their skin, wind in their beards, and whiskey in their bottles. With only the endless sky above, the wine-dark waters below, and one brush with death after another, what songs would they sing whilst stomping on the boards of their boat like melodious madmen?

Welcome to the mythic world of Son of Town Hall, the unusual union of Ben Parker of London, England and David Berkeley of Santa Fe, New Mexico. Parker, a highly sought-after London- based songwriter / producer / multi-instrumentalist, and Berkeley, a celebrated singer / songwriter / guitarist / author create a world that transcends time and space, complete with shabby Victorian-era outfits, meditations about the sea, and songs that beg you to sing along. It will leave you transformed, with your heart full of laughter and tears, drunk on adventure and the tragic beauty of the human condition. 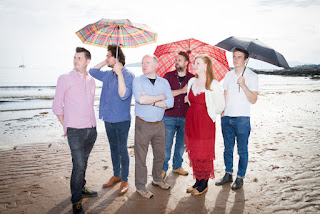 Gloomy Glaswegians The Just Joans announce their new album The Private Memoirs and Confessions of the Just Joans, due out on 11 January via Fika Recordings, by sharing the first single "Dear Diary, I Died Again Today". This painfully beautiful admission of everyday anxiety explores the trauma of awkward conversations with colleagues and vague acquaintances. With a different spin to their usual jangle pop, the inclusion of strings, arranged by Butcher Boy’s Alison Eales, create a dazzlingly maudlin depth to the track.

The Private Memoirs and Confessions of the Just Joans is a deeply personal collection of songs that hazily recall the past and contemplate the futility of the future.  At the forefront remain the mischievous lyrics and heartfelt vocals of siblings David and Katie Pope, aided and abetted by Chris Elkin on lead guitar, Fraser Ford on bass guitar, Arion Xenos on keyboards and Jason Sweeney on drums.

A titular twist on the classic gothic horror novel The Private Memoirs and Confessions of a Justified Sinner by compatriot James Hogg, the new album is the follow-up to 2017’s You Might Be Smiling Now… and contains the kind of melodies and mockery that led Uncut to class the band as the point at which “Stephin Merritt lies down with The Vaselines.” 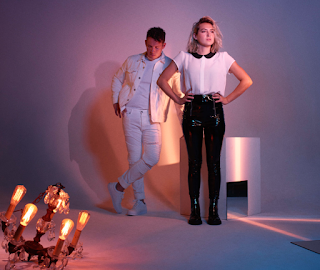 Regularly found singing into a tape recorder from the age of three, singer/songwriter Avery Robitaille grew up in the jungles of Indonesia as a missionary kid. Isolated from western and pop culture she spent most of her time writing lyrics and journaling about her dreams of touring the world. At the age of 18,  Robitaille made the decision to relocate to Los Angeles to pursue that dream. While performing at an open mic night, Robitaille met Sean Baker and the two quickly realized their aligned visions and ability to translate each other’s experiences into music.

Following the release of their successful single ‘Shots’, mastered by Joe LaPorta (Imagine Dragons, X Ambassadors),  alt pop duo Fever Joy is dropping their highly anticipated five-track EP, Reflections. Inspired by real life events and crafted specifically to focus on experiences that aid in you finding who you truly are, Robitaille shares, “This EP is about empowerment, removing a ‘filter’ and just being open about how certain life experiences made us feel”.

The two set out with the mission to create a space which encourages you to stand up for what you believe in, regardless of what others think. Baker confides, “Music is one of the only things that allows us to see into other people’s experiences from a distance and connect with them. With that insight, and connection we can learn to be more understanding and helpful with each others circumstances”. Fever Joy aims to bring that narrative to the forefront of their music, creating honest and authentic releases. The EP was produced by Adam Castilla of The Colourist and mastered by Brian Lucey (Cage the Elephant, Arctic Monkeys).

Fever Joy have seen success selling out shows across Los Angeles, performing at SXSW, as well as receiving airplay on tastemakers KCRW and KROQ.