Her latest release Polaroids & Postcards is a 6-track mini album, just released. A collection of nostalgic, theatrical electronic pop songs about love and heartbreak. This is the third in a set of 3 EPs (1. Out of the Blue 2. Disco Disconnected).

From the artist: I was packing up my Mum's house when I discovered a box of old letters and photos of mine and it brought back lots of memories! These songs are all from personal experiences - some joy and love, some heartbreak.

With influences ranging from Blondie’s sassy pop-rock, through the moody grooves of the '90s to the sexy beats of trip hop, Amanda Easton creates retro theatrical electronica pop with her emotional lyrics and soaring voice. Think James Bond music for late nights. She's released two albums and three EPS with 2 of her singles appearing in the top 10 of the independent Aussie charts. Her music videos and live performances have graced Aussie television screens including 'MTV' and she has performed on stages throughout Europe and Australia including sell-out shows at the Sydney Opera House.

She works full time as a performer, in prestigious venues throughout Australia from the Sydney Entertainment Centre to 5 Star Hotels, major clubs, Royal Caribbean’s ‘Radiance of the Seas’ cruise ship and regular appearances at the iconic Basement at Circular Quay and at the Taronga Zoo Twilight Series. She has also done stints in Japan, Bali, Malaysia, Noumea as well as toured throughout Europe. She performs regularly in popular production shows including ‘Rumours’, ‘Classic Kings Rocking the 70s’, and ‘First Ladies of Soul’, and produces and performs in ‘The Swell Sisters’ 60s girl group.

She has performed for the who's who of Australian corporations, at the ACE Awards and twice at the ARIA Awards. She's appeared onstage as backing vocalist for some of Australia's best loved musical legends including Glenn Shorrock, Powderfinger, Marcia Hines, James Reyne and Vanessa Amarosi and has been on national and international tours with multi-platinum artists Richard Clapton and Wendy Matthews.

Amanda has also lent her voice as a lead and backing vocalist to many other artists' and commercial recording projects including TV Commercials and international DJ releases. She co-writes for various local and international artists as well as herself, with a recent single ‘The New Bohemians’ being nominated for an Australian Songwriting Award. Her music videos and live performances have often graced Aussie television screens including 'MTV' and ‘The Morning Show’.

Amanda has hosted and produced music shows on 2SER, 2MCR and 2MCE radio stations as well as produced and hosted her own 13 Episode Television Series showcasing female singers called 'PopTarts' for TVS in Sydney and Channel 31 in Melbourne. 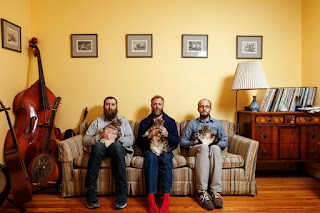 Magical Beasts - Yes My Love, I Am Reaching (E.P).

From the artist: This album is full of love songs and devotional music. There is a fair amount of sexual imagery so there is no mistaking the type of devotion we are speaking about with a religion, and while not religious, nor is it purely sexual. The dynamics between Love, Sex, deep Yearning, and various forms of Union are for the listener to parse out themselves. The release is very much intended to be listened to around the time of the Winter Solstice, and is very much a Winter record.

Magical Beasts are a Chicago based folk ensemble led by Nathan Paulus.  The core of the group consists of Nathan Paulus, Josh Miller and John Herbst, For each album different Chicago musicians and artists are sought out to collaborate. The project is Nathan's passion and primary form of art expression. 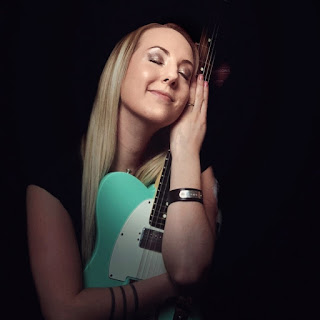 The new 6-track EP release from inspired indie folk singer songwriter Resurrection Fern is entitled Fern. With a stripped-down acoustic guitar-based sound, Resurrection Fern's strength is her clear, emotive voice and relate-able lyrics. Serene, minimalist and ethereal, Resurrection Fern shows her songwriting might on Fern. This release was community-funded and recorded at the renowned Station West studio in Nashville.

A paired-down album of authenticity and expression, this self-titled EP is quintessentially, "Fern".Compared to Resurrection Fern's previous album, "Beyond the Trees", which displayed epic instrumentation and "big" multi-layered sound, this self-titled 6 track compilation is stripped bare in all its vulnerable glory. With paired-down instrumentation and conversational lyrics, "Fern" feels like a warm embrace from a best friend. Authentic, self-searching, and vulnerable, "Fern" is an album to soundtrack your life by. Resurrection Fern states that she searched for months for the perfect name for the album, and finally after a conversation with her husband about her dilemma, he asked "What is the first word you think of to describe this album?", and she said, "It's...me."

Resurrection Fern is part of the new movement of pioneering musicians that have taken their live performances beyond the small reach of bars and cafes and into the laptops, televisions, and mobile phones of fans all over the world. The recent ubiquity of live online streaming platforms like Twitch.tv has made this possible.

For the past 3 years Fern’s channel, twitch.tv/resurrection fern, has been at the forefront of this new wave of online artistic expression. Hundreds of fans tune in multiple times per week to not only watch Fern share her live musical performances, but to be a part of her daily experience as an independent singer-songwriter. The platform offered by twitch.tv allows Fern an intimacy with her audience that is lacking from traditional live performances. Utilizing her channel’s live chat function Fern directly engages with her audience throughout every single performance. Fern fields questions, shares stories, and simply enjoys the company of her community, the “FernFam”.