Charli Adams - The Flatmates - Pike & Sutton - Seablite - Who Can Sleep

January 19, 2020
Charli Adams has shared 'Cloverland Drive' ahead of her debut E.P due out at the end of January. We featured 'Backseat' from Charli last month, and again she impresses on this melodic and personal track. === Ahead of their first studio album due in the Spring we have The Flatmates and 'Shut Up And Kiss Me'. One of thirteen tracks, it's a good indicator of the album where vibrant indie rock is consistently present and with hints of 1980's New Wave, overall it's a thoroughly fine collection of songs. === Pike & Sutton have just released 'Bright As The Sun' a gorgeous song with soulful vocals set against a natural alt rock backdrop, that builds with intensity and passion. === Seablite make their second appearance here with 'Skeleton Couch' and once again the band are energised, this time with a shoegaze vibe , that still packs plenty of hooks. === Indie pop/folk duo Who Can Sleep have just released 'All Your Love' a gentle yet atmospheric song that has a calm and pleasing feel to it.
------------------------------------------------------------------------------------------ 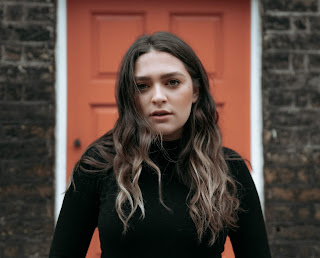 Growing up in Alabama, Adams made the transition from cheerleader to passionate songwriter early on in high school. With few musicians, fewer concerts and family that belonged to a deeply conservative church, the alt-rocker resorted to playing secret shows in cafes and coffee shops. At age 16 she left high school and moved to Nashville where she immersed herself in the underground scene and began creating a wealth of material unbecoming of her adopted hometown.

Already receiving heady comparisons to several of her contemporaries, the young musician’s mature songwriting, focusing on the friendships and hardships of her formative years, has attracted plaudits from key taste makers including Billboard.

Explaining the origins of the track, Adams revealed: “‘Cloverland Drive’ is the name of the cross street I’ve lived off ever since I moved to Nashville on my own at 17. I wanted the song to be an ode to the Nashville music scene that I grew up with, and my house that we called home. It’s a special place and we all joke I’m not allowed to move out at this point. I hope it reminds people of their long lost friend, teenage drives, house parties and the way it feels to be young”. 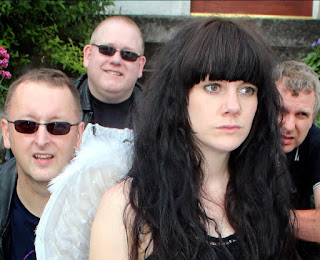 The Flatmates - Shut Up And Kiss Me.

A mere 34 years after their first show, indie – pop – punk band from Bristol UK, The Flatmates, release their eponymously titled first studio album, officially their debut, this Spring. “The Flatmates” will be released early 2020 by The Subway Organization in Europe (the label’s first release since 1994), and by Happy Happy Birthday To Me in the US.

The album marks the culmination of a very fruitful period of writing for the band, with main songwriter guitarist Martin Whitehead’s songs being augmented by contributions from singer Lisa Bouvier and keyboard player Rocker.

The self-recorded album features thirteen (lucky for some) killer pop songs, all originals, including the opening track ‘Shut Up And Kiss Me’, which was released in late 2019 on a limited edition 7” by independent Greek label Old Bad Habits. Side one also takes in “You Held My Heart”, the first Flatmates single to be written by singer Lisa and the organ-swirling groove of “She’s So Bad for You”.

Side two opens with the anthem for the indie generation “Last Guitar in Town”, which Martin wrote after waking suddenly to find a tall dark figure standing at the foot of his bed and a gravelly voice speaking the words... “Listen son. No-one...gives a fuck...about your rock’n’roll”. “This Is Reality” brings you round with a slap in the face and the flip-side continues through the live favourite “Punk Moth” and the crime drama “The Night We Murdered Love”. “The Flatmates” closes with the brass-stabbing, string-sweeping, ivory-tickling, finger-snapping, soul-stomping call to the barricades that is “(If You’re Going To Give Your Life For A Lost Cause, Then...) Why Can’t It Be Love?”

With the release of “The Flatmates” the band have now notched up new releases in each of the 5 decades from the ‘80s to the ‘20s. 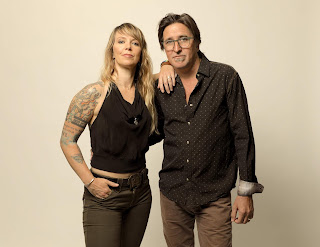 Pike & Sutton - Bright As The Sun.

Austin-based duo Pike & Sutton have announced their full-length debut album Heart Is A Compass will release on April 3rd. Led by "hometown favorites" (Austin American-Statesman) Patrice Pike and Wayne Sutton, the band has evolved out of the longtime alternative rock band Sister 7. Today they shared their new song "Bright As The Sun." American Songwriter stated "When many listen to music, they want it to relate to them. They want to feel as if they are living the story the artist is telling and Pike & Sutton do just that with 'Bright As The Sun.'"

"I love that 'Bright As The Sun' starts like a gentle rain and builds into something big and beautiful," Pike told American Songwriter. "We live in Austin and had been in an extreme drought. The lyrics and music reflect renewal, literally with water, and also the sound of a house being filled with songs from the record player. It's about lack moving into abundance."

Sutton continued, "This record is a step forward for us musically and is different than anything Patrice and I have done. There's certainly recognizable elements. It's us, but we have pushed ourselves in songwriting and stretched the pallet."

Pike & Sutton is a partnership, a creative evolution, and a promise fulfilled. Equally anchored by the powerhouse vocals of Pike and the deep textured guitars of Sutton, Heart Is A Compass is both a transformative celebration of the pair's R&B, soul, and roots influences and an exhilarating call-to-arms for the faithful. Co-produced with Grammy-winner Jim Watts (Emmylous Harris, Jenny Lewis, Kelly Clarkson), the album crackles with passion, vision, and undeniable hip-shaking rhythms.

Since last fall, Pike & Sutton have been teasing some of their new songs, including title track "Heart is a Compass" and a reimagined version of Otis Redding and Carla Thomas' classic "New Year's Resolution" with special guest John Popper of Blues Traveler. They also made their anticipated return to Austin City Limits Festival in October, check out their performance of "Hands Up."

As Little Sister/Sister 7, Pike and Sutton ruled clubs and festivals throughout Dallas, Houston, and Austin as the most melodically riveting jam band in the southwest. With their two major label albums - 1997's This The Trip and 2000's Wresting Over Tiny Matters on Arista Records - the band's musical evolution took national stages alongside artists such as The Allman Brothers, Sarah McLachlan, The Nevill Brothers, Ray Charles, Chris Isaak, and Dave Matthews Band. Rolling Stone called Pike "Tina Turner, Bessie Smith, Janis Joplin, and Robert Plant all rolled up into a tiny but explosive package," while Billboard said she is “One of the finest new contemporary rock singers in America.” In 2007, Pike was inducted into the Austin/Texas Music Hall of Fame alongside Lucinda Williams and other notable Texans.

Pike is also co-founder of the Step Onward Foundation and has collaborated in raising over $1 million for supporting education, housing, and sustainability for young adult survivors of homelessness and children surviving critical illness in the last 10 years. 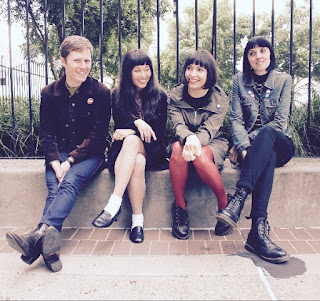 2019 finished with critical acclaim across the board for SEABLITE’s lives shows and their excellent debut album topping many Year End “Best-Of” lists. There was even a surprise and welcome placing at #36 in Good Morning America’s top 50 albums of the year, rubbing shoulders with some industry giants!

The new year sees the band off to a flying start, with a brand new 4 song 10inch EP, that builds on their growing stature as songwriters and performers. Recorded by Alicia Vanden Heuvel (The Aislers Set, Poundsign etc), in San Francisco, the new recordings capture the band at an exciting moment in time, as they take their place amongst the growing list of Bay Area fuzz-pop indie-greats. 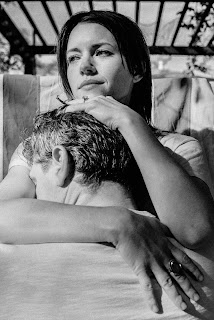 Who Can Sleep - All Your Love.

Who Can Sleep are an indie folk- pop duo based in California. Having met while sharing a bill at the historic El Cid venue in Silverlake, Dean Vivirito and Lex Helgerson quickly discovered a spark, both musically and romantically. Vivirito wanted to start a project that wouldn’t be held back by labels or genres and so the two set out with the intention to create a contemporary sound that is both fresh and diverse. Combining ethereal instrumentation, country tinged guitars and stunning vocal harmonies, the project entitled Who Can Sleep is a cross-genre exploration of sound.

Helgerson composes heartfelt, candid lyrics as a vehicle for stories of inspiration. Who Can Sleep's latest single “All Your Love” started as a dream. The songwriter instantly jotted down her visions when she woke up, painting a beautiful kaleidoscope of sounds and lyrics. Helgerson confides on the meaning of the song, “Dean is very selfless in our relationship. He inspires me to be more generous, and sometimes I wonder if I give enough. I wanted to express the feeling that I might not be giving as much as I receive”. The contemplative track shimmers with soft, floating vocals, delicately twangy guitars and gentle percussion. Vivirito shares, “I distinctly remember while rehearsing the song, we were working on the tempo and groove and it was too fast. I told Lex the listener should be reminded of that post-sex feeling”.

The duo are heavily inspired by the likes of Bruce Springsteen, so much so that they recently covered Side A of his seminal Born in the USA album. The two also find inspiration from great country classics, as well as modern tastemakers such- Billie Eilish, Blood Orange and Childish Gambino.