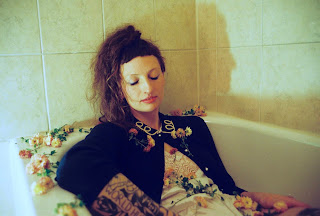 Calgary soundscaper Selci is returning with the languid electro-R&B number, “Hide Forever,” which will appear on her second EP in less than a year, A SOFT PLACE. As the world is gripped by the Coronavirus pandemic, the track’s message of finding comfort in isolation seems especially fitting in these uncertain times.

“Hide Forever” is a slumbering reflection of the artist trapped in a sleep state during a periodic low. Produced with the help of prolific Vancouver beatmaker Neighbour and tempered by Selci’s narcotic vocals, the track flows like a curl of smoke.

“I wrote 'Hide Forever' when I was in a major depression and I wasn’t able to face the world,” Selci says. “Sleep was my only place of solace. The world would shut off and I could drift away. For A SOFT PLACE, I needed to dig into the places that made me feel safe, where the fear and stress of the world was silenced: laying on a couch with family, dancing by myself, or sleeping. Sometimes finding a soft place is a site of peace.

Sometimes it’s a place of refuge or a part of you that you need to protect. Now with people all over the world going into self-isolation, this song seems to resonate more. I hope that people who are struggling with their mental health because of the pandemic are able to find their own places of softness and comfort. While you may feel like hiding forever, just know that you're not alone—we’re all in this together." 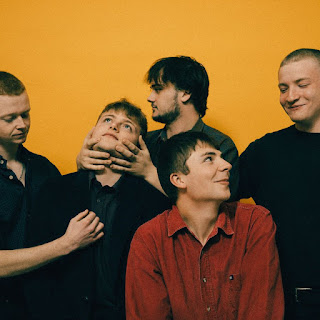 Home Counties reside in Bristol and combine angular guitar work with furious percussion. Supporting Whenyoung and Pip Blom on tour in previous incarnations of the band, the 5-piece make melodically rigid, socially-charged anthems that are lyrically tongue-in-cheek and scathingly satirical.

Yesterday (March 24th) the band shared their debut single as Home Counties, 'Redevelopment'. A raucously danceable earworm examining gentrification in the UK; the interplay between its intricate guitar passages and singer Will Harrison's impassioned yelps is infectious.

“‘‘Redevelopment’ is about town redevelopment,” the band explain. “Lyrically, the first half of the song takes the view of 1960s redevelopers, with the second half addressing the tearing down of modernist buildings and replacing them with gentrified luxury flats. The song points out that these ideas of nostalgia, urban decay and progress come around in cycles. Fundamentally, it suggests that we should be as wary of arguments against redevelopment, as of redevelopment itself.”

Having already caught the attention of Huw Stephens – receiving airplay on BBC Radio 1 and 6Music, 'Redevelopment' also stands as the title track from the bands upcoming debut EP, produced by Theo Verney (Egyptian Blue, Fur) – due for release later this year. 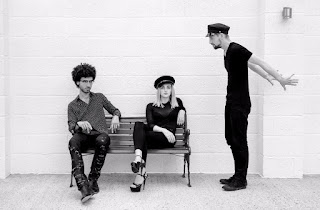 Asserting a fierce electronic element to their acclaimed pop formula, UK industrial-pop trio Fassine will release new album FORGE this Friday, March 27 via Trapped Animal Records/Cargo Records. A gripping tribute to the unassuming heroes on the fringes of society, the new collection is bolder than ever, elevating the London trio’s distinctive take on electronic music with heavier, more aggressive instrumentation.

The band continues their tradition of covering obscure tracks, this time choosing Italian jazz singer Paolo Conte’s “Max” which debuted with New Noise Magazine today. Conte, an Italian legend who the UK’s Guardian once described as a “Maestro of a lost elegance” has been a part of the country’s DNA for over forty- five years. Aggressive and commanding, the band has reimagined the largely instrumental original with their uniquely cinematic and bombastic approach. Fabrizio of ARQTIC offers his authentic Italian vocals to the track, and performs the piano solo at the end.

Says Sarah Palmer “We were in the studio late one night and were debating about how to record the small section of Italian in the song. Not being Italian we were concerned that our English accents would destroy the song. We wandered down to grab a coffee and Stefano Fiori and Fabrizio Pagni just happened to be there. We couldn’t believe our luck and asked them if they would do the vocal. Initially, they were a bit skeptical owing to the fact that the song was so strange and niche but they ended up not only doing the vocal part but also contributing musically to the song. One of those serendipitous moments that worked big time”. 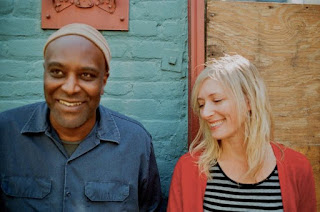 Beauty Pill announces Please Advise, the first new music the band has released since 2015’s Describes Things As They Are, an album that earned widespread acclaim including NPR Music's album of the year list and TIME Magazine's 10 best albums of the decade list.

The lead single “Pardon Our Dust” is now available worldwide on streaming platforms as of today. This past Friday, the track was released early (exclusively on Bandcamp) to help raise funds for Beauty Pill and bandleader Chad Clark, whose rare heart condition puts him at critical risk should he contract COVID-19. "If I become infected, I’m gonna die pretty swiftly. My doctor has assured me of this," Clark shared recently via Twitter.

The accompanying music video for lead single "Pardon Our Dust" features newest Beauty Pill member Erin Nelson and debuted this past weekend via Spin. "Most Beauty Pill songs work by insinuation,” Clark explains, “but “Pardon Our Dust” is more abstract. It’s about oblivion. The dictionary says oblivion is “the state of being unaware of what is happening.” To me, oblivion seemed an idea worth interrogating in the Trump age when a lot of people feel like disappearing... To me, cumulatively the song feels like science fiction and the voice is some kind of malfunctioning artificial intelligence. What do "so few reasons left" and "willing to burn” mean? Something is happening in this song, but I can’t tell what. I’m not sure.”Please Advise will be available May 8th, 2020 via Northern Spy Records on Digital/CD/Cassette/Vinyl, each with distinct artwork (designed by Grammy-winning artist Brian Grunert) and unique bonus track exclusive to that format.

In conjunction with the release of Please Advise, Beauty Pill will host a weekend art exhibit of Yes I Am A Hologram at the highly respected D.C. art gallery, Lost Origins, where the band will also perform in an intimate, special one-off configuration.