The Gina Furtado Project - The Things I Saw.

The Gina Furtado Project has released a video for "The Things I Saw" the group's latest single. “The Things I Saw” — produced by Thomm Jutz is a unique blend of driving contemporary bluegrass and acoustic pop influences, and of personal memories with a universal spirit, exemplifying the evolution of today’s acoustic music scene through Furtado’s fresh, distinctive approach.

The song describes a personal, literal journey to a sacred and well-loved place in order to seek — and find — solace and redemption from a hectic world. "'The Things I Saw’ was inspired by my experiences growing up on the Shenandoah River,” Furtado says. “All throughout my childhood, I went to the river when I needed comfort of any kind. No matter what happened in my life, good or bad, the river was always the same. The plants and critters and smells and sounds became like old friends; always welcoming and beautiful in every way, and always more powerful than whatever it was that could possibly bring me down.”

“I imagined a secret society whose mission was to fight Hatred with Love,” she continues. “I've taken that little vision into my adult life, and enjoy trying to spot members of this secret society (and trying to be one myself!)....they can be flowers, animals, sunsets, people you pass on the street...anyone or thing who refuses to let darkness and negativity take over and instead chooses to exude pure and unstoppable love.”

Formed by innovative artist Gina Furtado, The Gina Furtado Project brings unique musicianship and songwriting that breaks free from the assumed constructs of traditional music modalities and makes a new musical statement influenced by emotion, played with the highest skill, and expressing an enormous verve and vitality.

Furtado, known for her work as the banjo player for Chris Jones & The Night Drivers, she has a long history with her banjo. Born and raised in Front Royal, Virginia, Gina began touring up and down the east coast in her tween years with her siblings, earning countless ribbons from fiddlers conventions, a strong reputation in the regional bluegrass scene, and a stamp from Bluegrass Today as “absurdly talented.” She later played in a number of regional acts before making her international touring debut with Chris Jones and the Night Drivers soon after joining the group in 2016. While touring, she is joined by Drew Matulich on guitar and Malia Furtado, her sister, on violin, who each bring experience and energy to the band.

Now based in Asheville, NC, Matulich grew up in Georgia and began playing guitar at 8.  While studying music in college he performed with several bands of various styles in and around Georgia and Florida before immersing himself in the Bluegrass scene of Western North Carolina. He has toured and recorded with Billy Strings, made a guest appearance on Roland White's album and shared the stage with the likes of David Grisman, Bryan Sutton, Sam Bush, Cody Kilby, and Sierra Hull.

Malia’s musical journey began at the age of 3 with classical violin lessons and took a turn, when she attended her first festival, Galax Old Fiddlers Convention, a few years later. Since then, she has performed with a number of different groups, taken home a range of prizes, graced the stage of numerous venues up and down the East Coast and given private lessons in both bluegrass and classical playing. Malia is the Director of Education at the Front Porch Music School in Charlottesville, VA, and currently teaches adult continued education courses in bluegrass fiddle at Blue Ridge Community College in Weyers Cave, VA. 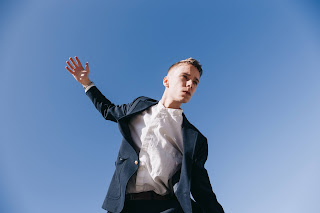 Nicky William - I Fell In Love With Her.

Raised in a musical household, singer-songwriter Nicky William took inspiration from the likes of Joni Mitchell, Patti Smith and Nick Cave. Usingold Americana, to the itchy and edgy outsiders to mould his alternative-folk sound, the Swedish artist is set to drop his new offering ‘I Fell in Love with Her’ via Icons Creating Evil Art.

Since the release of his debut album ‘Set You Loved Ones Free, We Have You Surrounded’ in 2017, Nicky has perfected his craft by maturing his sound capabilities. As a result of experimenting with idiosyncratic alternative-folk and complex song-writing, the artist has since secured a signing with Stockholm-based label Icons Creating Evil Art.

Layered with a sensational blend of deep mellifluous strings and Nicky’s husky vocals, upcoming single ‘I Fell in Love With Her’ dwells deep into a love interest who not only captivates the singer-songwriters heart, but everybody else’s too. With others fascinated by her, the song highlights the feeling of self-doubt and not being good enough for that person.

Talking to us about the inspiration behind the track, Nicky tells us: “Fell in love is a song where the idea behind it is quite childish and naive, the feeling of not being desirable is probably pretty universal but this idea of a romantic interest that everyone is condemned to pine for in hopelessness may not be so realistic, but I still felt that it was the feeling I had felt many times and I wanted to convey that feeling in the song.”

Accompanying the new track is a sombre music video featuring Nicky and his desired flame. Directed by Claudio Marino, the visuals portray a rollercoaster of empty emotions and longingness. In the visuals, viewers see Nicky who metaphorically appears to be a ghostlike figure, who fails to be recognised by his love interest. No matter how close he tries to get to her, nothing is ever good enough as her attention is diverted elsewhere. 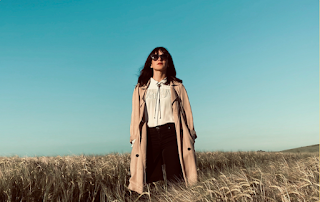 Juanita Stein has announced her third album 'Snapshot' will be released via Nude Records on 2nd October in all formats. Juanita has now shared the album's title track, a wonderful introduction to the themes and the sounds of the record. According to Mojo the song " whoops and devastates about how grief unhinges memories like the harshest magic".

“It feels fundamental to understanding the devastation and eerie silence thrust upon us after his sudden death,” begins the Brighton-based, Australian songwriter Juanita Stein, discussing the moment of great sadness that inspired her new record. “It was a daunting task to sum up the life of one man such as my father. He was endlessly inspiring, charming, deeply talented and passionately spiritual. He admirably, and at times frustratingly, carried the torch for his own musical career until the very end.”

It’s within this processing of a life well-lived and attempting to wrestle with the tides of her own grief, that what would become the album began to ebb and flow out of Stein, who first became known for her work as singer and guitarist in Howling Bells. “After I felt I had enough songs,” Juanita explains, “I was moved to reach out to producer Ben Hillier, who I’d been a fan of since hearing records he made with Clinic, Elbow ad Doves to see if he might be interested in making this album with me.”

Unlike her first two solo albums, “America” (2017) and “Until The Lights Fade” (2018), which were made in just a few weeks and both at studios in the US, ‘Snapshot’ was recorded over the course of eight months at Agricultural Audio, not far from Juanita’s home. As she says, “This allowed me the time and distance I so craved. Ben was deeply concerned with allowing the songs to breathe and to take the right shape. We laid down all the defining guitar parts and vocals which were then beds for the band to come in and lay their parts on.”

As the record began to take shape, Juanita “called on my brother, Joel Stein, (guitarist in Howling Bells) to play lead guitar, I knew only he could harness the exact frenzied energy needed for the songs. Both he and I were both going through something pretty momentous and I wanted to shift that energy into the music. Evan Jenkins on drums alternated between freeform and thunderous on some tracks, light and barely-there on others. Jimi Wheelwright on bass held it all together beautifully.”

The result is a record that feels crafted from a life lived as much as it was clearly excavated from loss. It’s a record that strives to capture more than a passing moment and succeeds in laying its hands on something bigger than most of us will ever fully understand. 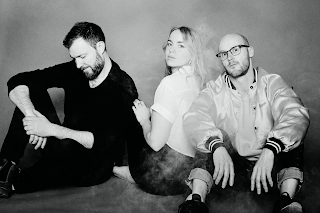 "Phosphorescence" is a complicated love song for the west coast of Canada: British Columbia.

We feel so welcomed by the land and connected to the nature where Trent grew up, but recognize that many people were displaced to allow our presence.

"Phosphorescence" is a thank you letter to those who were here long before us, specifically the Coast Salish, and the early 1900s Japanese settlers, who were interned during WWII. We hope to see this beautiful place through their eyes.

We love the tactile hammer sounds of the rhodes, and the fingers plucking the violin, like a cascade of drips to help paint the west coast landscape. Ruby's voice was recorded three different times in unison and mixed all around your head, so it feels like you’re swimming in the ocean of her voice.