Flor and The Sea have just released their new E.P 'Kings & Queens'. Last month we shared 'A Candid Lie' from the collection and we now have the full set streaming below, this really is a sumptuous collection of indie electro music. ===== Yesterday Sketch Club released 'Futile Pursuits' which is a rhythmic and sweeping alt rocker with some fabulous melodic hooks. ===== Rampton Prom debut single 'Too Baby' is a stunning and dreamy song that flows along and demands an immediate replay. ===== Brooklyn rockers Looms have shared 'Obvious' a song that packs plenty of power, emotion and some very catchy vibes.

The songs of Flor and the Sea’s debut EP Kings & Queens invite listeners to surrender themselves to the stream of music: to dream, to dance and to defy the world’s tumult for a moment and abandon themselves to the group’s heady stylistic fusion. Pop elements meld with electronica throughout their songwriting, inviting a host of esoteric influences from dubstep, synth pop and trap to join them.

It’s a melting pot of style that recalls the work of Flume, Miike Snow or Alt-J. Co-produced by composer Dieter Dolezel and mixed by Moritz Enders (Casper, Kraftclub), the songs are a multifaceted exploration of sound and songwriting. From the lilting mythology-evoking arpeggios of ‘Arcadia’ to the electro propulsive ambience of ‘Dark Minds’ and the bleak dystopian piano keys chiming through ‘Reconnect’, Kings & Queens reveals a restless group with a unique and voracious musical chemistry.

Munich-based indie/electropop duo Flor and the Sea was founded in 2015 as a five-piece project. With the release of debut singles ‘Hold Your Breath’ and ‘Shed No Tear’, as well as live gigs at Digital/Analog Festival and the Muffat Winterfest among others, the band generated a lot of buzz in short time and were featured as ‘Band of the Week’ by the Suddeutsche Zeitung/SZ Junge Leute in early 2017. After the group split up later that year, Marc Aretz (guitar/synth) and Chaem (vox) decided to keep Flor and the Sea alive as a duo.

Redesigning their sound from scratch, they incorporated influences from bands like Alt J, Radiohead and Portishead. Singles ‘Dark Minds’ and ‘Reconnect’ were birthed from the rubble and led to widespread acclaim, receiving regular airplay on radio stations like Ego-FM, Bayern 3, M94.5 and BR Puls, and landing glowing reviews on international blogs like Composer's Toolbox and York Calling. Capping it all, the duo performed live on Radio Fritz ‘Live on Air’ for the first time. Flor and The Sea resumed live performances in 2019, while simultaneously producing their debut EP Kings & Queens, and put together an elaborate new program with their own light show, visuals, masks, and the support of additional live musicians. A first taste of this show was presented at renowned festivals Theatron Musiksommer and Sound of Munich Now in 2019. 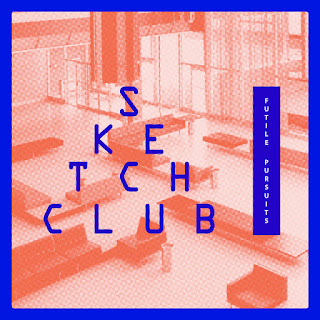 “Futile Pursuits” is a reflection on the things we pursue in life that don't end up being good for us. Be it a relationship, a career or a dream, sometimes the things we chase the hardest end up being entirely unhealthy occupations. And sometimes as we stand in the bright lights of hindsight, we can see we were set to fail from the start.

The band quickly settled on a song writing method that works best for the indie-rock outfit - 3 gentlemen making noise in a red velvet room until something good happens. And good would be some cinematic pop with a dark edge & a little swagger.

With songs from their 2017 EP “Primal Calls & Graceless Falls” finding their way on to radio rotation and Spotify’s New Music Friday (NL) playlist, the 3-piece continued to write, play and chin rub their way towards a new body of work. This inspired time has resulted in the band’s debut LP “Departure Lounge Transmissions, out 4th December 2020!
Sketch Club · Futile Pursuits 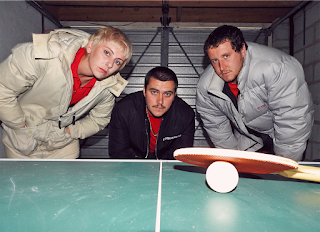 Out of a dead-end band that fell apart after years of utter disappointment, three members regrouped to form the new alt-pop project.

Debut single 'Too Baby' takes cues from their influences of contemporary pop and US hip hop, with their unique mix of choppy beats, poetic lyricism and quirky analogue arrangements (plus a sprinkle of vibraphone).

'Too Baby' is the first track we made together as ‘Prom. We wanted to make a low-key pop groove with a lyrical sense of unease. "I guess I feel like a bit of a wimp sometimes, like I need to toughen up". - Gina 'Queen G' Leonard. 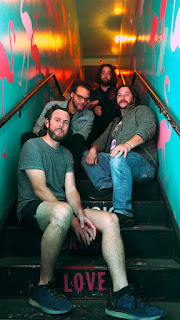 "Obvious", is the new standalone single from Brooklyn rockers Looms, their second of 2020 following “My Stupid Life”.

On the track, the band's Sharif Mekawy (lead vox, guitar, keys) shares, "this is a song about realizing how obvious your feelings are for someone after being so uncertain."

Looms entered the studio in January 2020 with the goal of recording five new songs and releasing them throughout the year as singles. The first song was to have an accompanying music video and be released coinciding a trip to SXSW. Unfortunately, everything derailed once March came, and we took a few months apart to deal with the world.

'My Stupid Life' (which has new meaning in these times) was finally released in June, and we've been rehearsing, livestreaming, writing, and trying to continue on as a band as best we can in the moment. It's a weird year for everyone, but we're moving forward.