Royal Horses shared 'A Modern Man's Way to Improve' a few day's ago and it's a really fine song from the South Mississippi trio. The bands desire to bend genre norms results in some fabulous music, the featured song being no exception as it mixes potent southern rock with impassioned vocals. ===== Mackenzie Leigh Meyer recently released the song 'Before You'. The Canadian multi instrumentalist country-roots singer has already received some well deserved attention and this song helps explain why, as the melodic arrangement, natural and heartfelt vocals collectively ensure the hooks dig in deep. 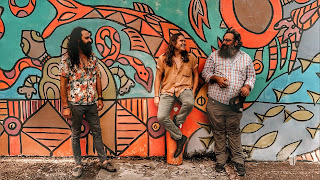 “A Modern Man's Way to Improve is a genre bending love letter to the sounds that shaped the new South and us along with it.” - Royal Horses

Forged deep in the Piney Woods of South Mississippi, Royal Horses embodies the very best of what the region has to offer.

Featuring lyric-driven melodies that pay respect to the musical genres that helped shape the New South, including 70's rock, early blues, rockabilly, and folk, Royal Horses has managed to create a name for themselves the old-fashioned way – one high-energy performance at a time.

The trio often bends genre norms while blazing a new path for themselves in modern music. The result is a gritty, yet powerfully-unique sound built on the strength of an undeniable musical chemistry. The band's debut record, A Modern Man's Way to Improve, was selected as an official release for Record Store Day 2020 and is now streaming on all platforms. 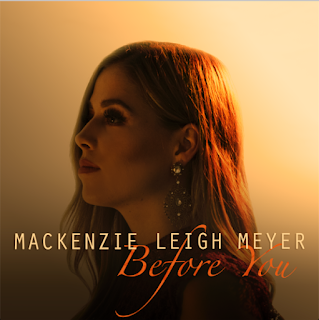 Mackenzie Leigh Meyer - Before You.

Hailing from Hamilton ON, CA the 26 year old multi-instrumentalist country-roots singer has come a long way from her humble beginnings of community theatre and songwriting on the family piano. Emerging into the country music scene with her May 2018 release of debut EP “Dive Bar Diva”, Meyer is already getting praise for her unique style and enchanting vocals from industry professionals and country music fans alike.

With her song “Your Company” featured on ET Canada and more than 182,000 views on her YouTube, it’s no shocker that renowned producer Ken Scott (David Bowie, Supertramp) exclaimed “ Watch out Carrie Underwood” after working with Meyer on EP country-rock ballad “Should Have Known”.

Produced by Jeff Dalziel (2019 CCMA Producer of the Year) and written by Mackenzie, the heartfelt love ballad was a first-day-add to Spotify’s “Live Country” playlist and currently sits at the #10 position on Amazon’s “Breakthrough Country” playlist.

The track is a showcase of Meyer’s poetic and authentic storytelling paired with her unique sound and enchanting vocals.

“This song is my take on finding your soulmate” Meyer shares, “When you’re with the right person, they make everything better without seemingly doing anything, at least that’s been my experience. It’s not about the grand gestures. Love is in the little things”

“Before You” follows the heat of her debut EP Dive Bar Diva, which landed her a nomination for CMA Ontario “Roots Artist of the Year” in 2019.