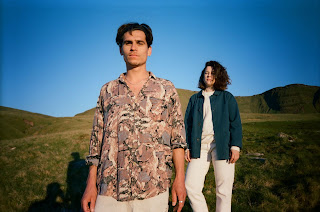 Dahlia Sleeps - Too Good To Hide.

London based duo Dahlia Sleeps today announce their long-awaited debut album, Overflow. Two years in the making and almost 6 years since their debut single, producer/writer Luke Hester and singer/writer Lucy Hill will release Overflow in two parts – the first of which will be out on October 19th, with the B-side to follow early in 2022.

Accompanying the album announcement is new single "Too Good To Hide". The track unfurls beautifully; partnering smoky atmospherics and soaring guitars with rich live percussion and a haunting string section, "Too Good To Hide" dissects how mental ill-health can hold us back and keep us repeating the same painful patterns, as the song builds elegantly towards its stunning crescendo.

Of the new single, singer Lucy Hill said: “Too Good To Hide is a song about running towards turmoil instead of towards the light. So often it is a battle to build the life we want because trauma or mental health issues keep us where we are. This is the first song on the record that touches on mental health, a theme that features heavily in forthcoming songs. And as with all these songs, this one ends with hope, something that exists for all of us as we learn to love ourselves and overcome our pasts.”

Dahlia Sleeps' new material and forthcoming full length brings a new weight sonically, depicting a new kind of freedom for the duo – from managing and coming to terms with mental health problems to experiencing love in all its forms despite them. 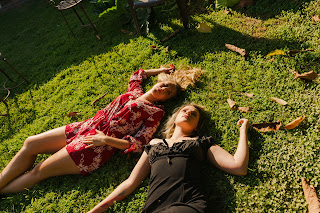 Guyville is a Los Angeles based duo comprised of its founding members, Kat Hamilton and Emily Hulslander. The pair craft songs that combine elements of 90s rock, pop and country. As their name suggests, the legacy of Liz Phair brought these two powerful women together in songwriting bliss. The duo strikes the perfect chord with Hulslander's intelligent pop approach and Hamilton’s confessional lyricism.

Guyville was formed during your usual Los Angeles writing session in the Valley. What was unusual, was the easy flow and chemistry between the two prolific writers. Within a few hours, the duo had written their first song “Should’ve Never Dated”. Emily Hulslander had already made a strong name for herself in LA songwriting circles, but was struggling to find another writer who she could relax into the process with. Kat Hamilton was newer to LA, but felt unfulfilled as a writer. On that pivotal day, Emily and Kat found common ground in their failed relationships, artistic journeys and the women of the 90s.

This connection is highlighted in their debut Guyville single, “Nothing”. The end of summer jam combines elements of indie rock and 90s girl anthems with a sprinkle of Shania Twain. “Nothing” celebrates the wonderful post- breakup feeling of absolutely nothing for your ex. In the music video, Hamilton and Hulslander frolic in rose gardens and dance along sandy beaches. The result is a bubbly, tongue in cheek ode to getting over it and moving on.